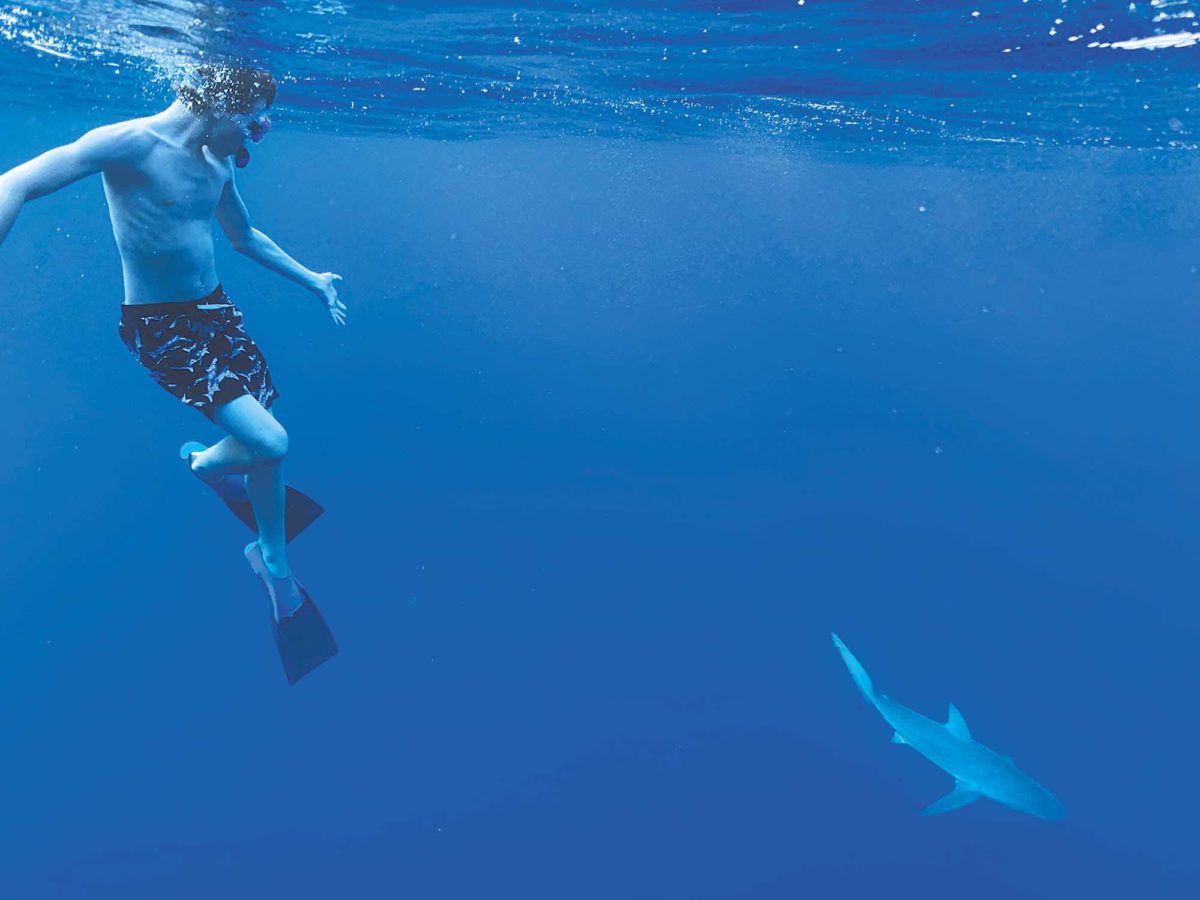 Christian Keane dives for sharks off the North Coast of Hawaii. Photo by David Keane

David Keane was working down the street at his then-Pier Avenue office in Hermosa Beach when he got a call that his five-year-old son Christian was having a seizure.

“At that point, I didn’t know what a seizure was, let alone epilepsy,” Keane said.

He sprinted out of his office to his home off of Hermosa Avenue to find his neighbors rallying around them; one had given Christian CPR until an ambulance had arrived, while another had a car waiting to drive David to the hospital. He elected to ride in the ambulance, and was required by the EMTs to put on his seat belt.

Good thing, too. En route to the hospital, the ambulance was T-boned by a truck near the intersection of 190th Street and Entradero Avenue, forcing backup ambulances to collect him, his son, and the injured EMTs. “And by the time I got out, glass was still falling through the air, my son was still seizing.”

That was eight years, a diagnosis of epilepsy and possibly hundreds of seizures ago. Today, Christian is a young man who plans to dedicate his life to the conservation and care of sharks. He’s also the recipient of a device — similar to a pacemaker — designed to regulate electrical impulses and stop seizures before they happen.

“The brain is the last unknown, the last frontier, for sure,” Keane said.

This is why Keane and his friend, Gary Richardson, joined forces to hold the Ride for Epilepsy Awareness, a stationary bike ride and fundraiser at the El Segundo Bay Club to support the Epilepsy Foundation of Greater Los Angeles and the Jake Cleland Memorial Scholarship.

Richardson was a mentor to Cleland, a Manhattan Beach native who died last year, at age 26, two weeks after being diagnosed with epilepsy.

“I was mentoring him in real estate, shepherding him along in the business and a close personal friend. I’d known him since he was a little kid, and it hit us pretty hard when it happened,” Richardson said.

“Since we’ve started opening up about Christian’s epilepsy, people have been coming out of the woodwork, telling us about their own seizure experiences,” Keane said. “I think you’ll find out that there’s probably no more than one degree of separation between you and someone who has epilepsy.”