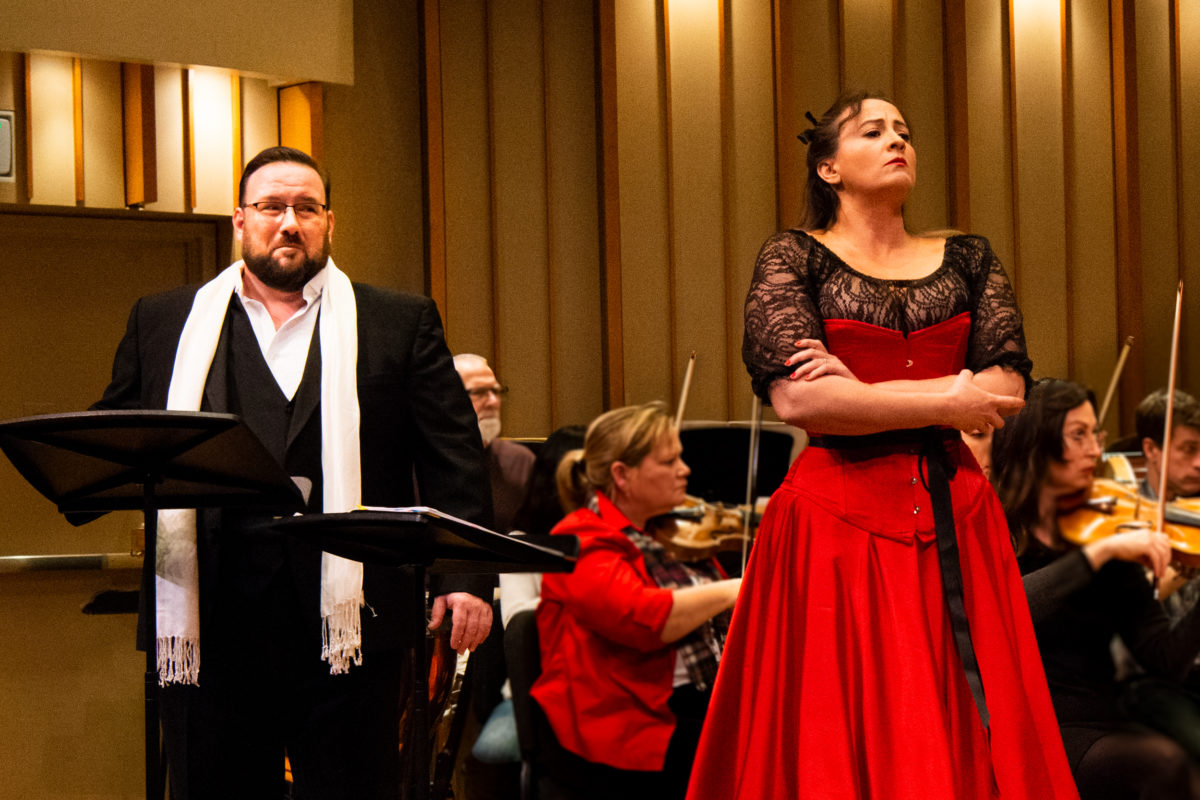 A musical prodigy, Erich Korngold’s first two operas, “Der Ring des Polykrates” (a domestic comedy) and “Violanta” (a tragedy) were performed together in 1916, conducted by Bruno Walther. They were written a couple of years earlier, when Korngold was just 17. Despite this early start, Korngold only went on to compose three or four other operas, the most famous of which is “Die tote Stadt,” based on “Bruges-la-Morte” by Georges Rodenbach. However, he did become an in-demand Hollywood film composer, for “The Adventures of Robin Hood” (1938) and “The Sea Hawk” (1940), among others.

“Der Ring des Polykrates” is rarely performed, but Numi Opera, founded by Gail R. Gordon to promote works by mostly Jewish composers who were banned and banished by the Nazis in the 1930s and ‘40s, hopes to revive many of them, largely in the spirit, I assume, of LA Opera’s former Recovered Voices series. That series went kaput, but not before presenting some splendid works by Franz Schreker, Walter Braunfels, Erwin Schulhoff, Alexander Zemlinsky, and, yes, Erich Korngold, among others.

In fact, it was Zemlinsky’s “Der Zwerg” (The Dwarf) that inaugurated Numi Opera earlier this year. Korngold was one of his pupils. LA Opera’s production of “Der Zwerg” was visually stunning and well received.

As a fledgling company, Nuni Opera doesn’t have the resources to go big, and so “Polykrates” is performed in a concert setting, five singers and orchestra, in Zipper Hall at the Colburn School. And, actually, the intimate setting works to its advantage.

Despite its title, the work has nothing to do with ancient Greece. Originally it was a lyrical ballad by Friedrich Schiller, and then decades later Heinrich Teweles turned it into a comic parody. This became the basis for the libretto by Leo Feld, later reworked by Korngold’s father, Julius Korngold, a formidable Viennese music critic. 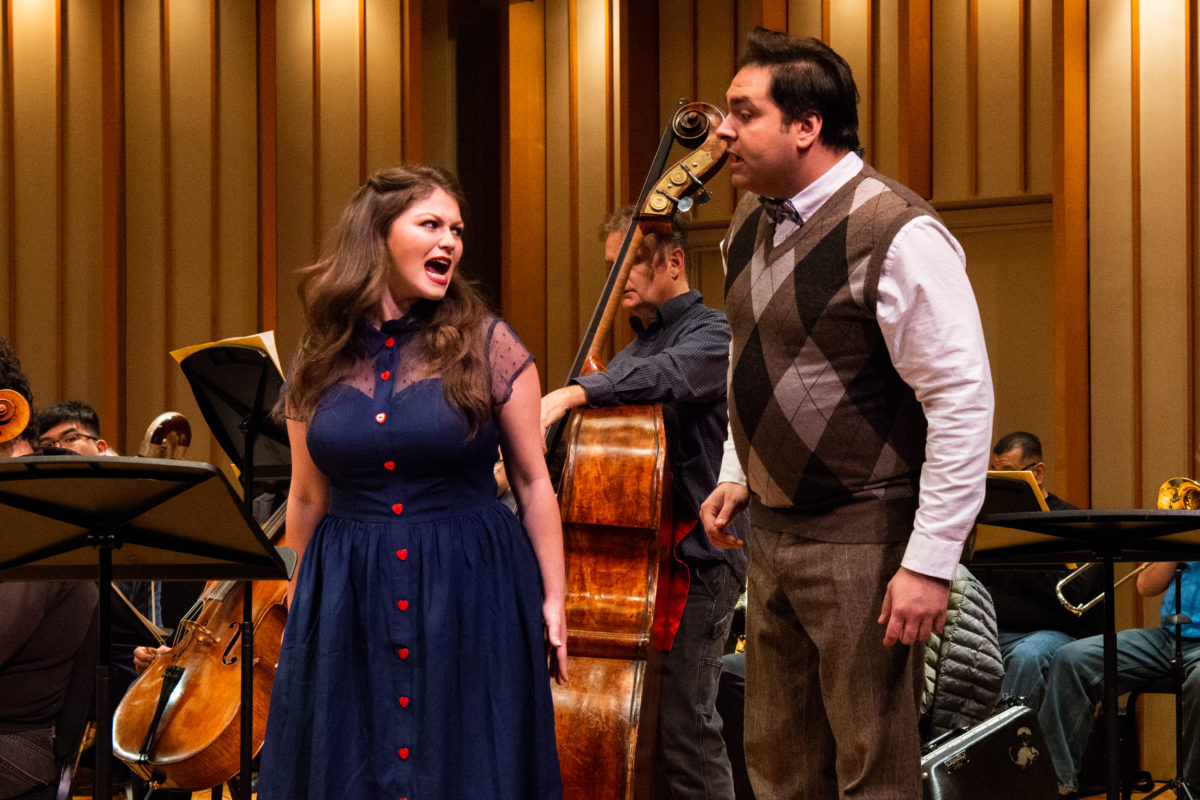 “Der Ring des Polykrates” has a cast of five: Wilhelm Arndt (sung by Scott Ramsay); his wife Laura (Shana Blake Hill); Florian Döblinger, Arndt’s copyist and timpanist (Alex Boyer); Lieschen, Laura’s maid (Emily Rosenberg); and Peter Vogel, an old friend of Arndt’s, down on his luck and somewhat bitter about it (Roberto Perlas Gómez). Francesco Milioto conducts, and before I forget I better mention that he does a terrific job. Plus the assembled orchestra is certainly up for the task.

Wilhelm and Laura have been married for two years and are blissfully happy. Furthermore, he’s just been appointed court music director and has inherited a small fortune. Florian and Lieschen somewhat echo them, the way that Tuptim and Lun Tha thematically shadow Anna and the King in “The King and I”. Then Peter Vogel shows up, muttering that “Everywhere I go, bad luck follows me.”

Vogel, once a good friend of Wilhelm’s, complains that his wallet was stolen, but presumably he didn’t have much in it to begin with. At any rate, he’s envious of Wilhelm and Laura’s happiness, and (referencing Schiller’s ballad) soon tells Wilhelm that good fortune will run out on him if he doesn’t sacrifice something he loves. He suggests that Wilhelm provoke Laura into an argument by posing “the fateful question,” which turns out to be: Have you ever loved anyone before me?

Wilhelm is thrown for a loop by Vogel’s loopy request, but he ventures forth with it anyway. It actually doesn’t work, until Wilhelm tells Laura that Vogel talked him into it. And then she’s angry, but only for a while. In the end, it’s Vogel himself who gets sacrificed.

It’s all a bit dorky, simple and contrived.

The opera itself is fairly exuberant, and the singer-performers even ham it up somewhat so that if you had happened to peek into the auditorium for a moment you’d swear you were watching a scene from “The Merry Widow” or some other light opera. 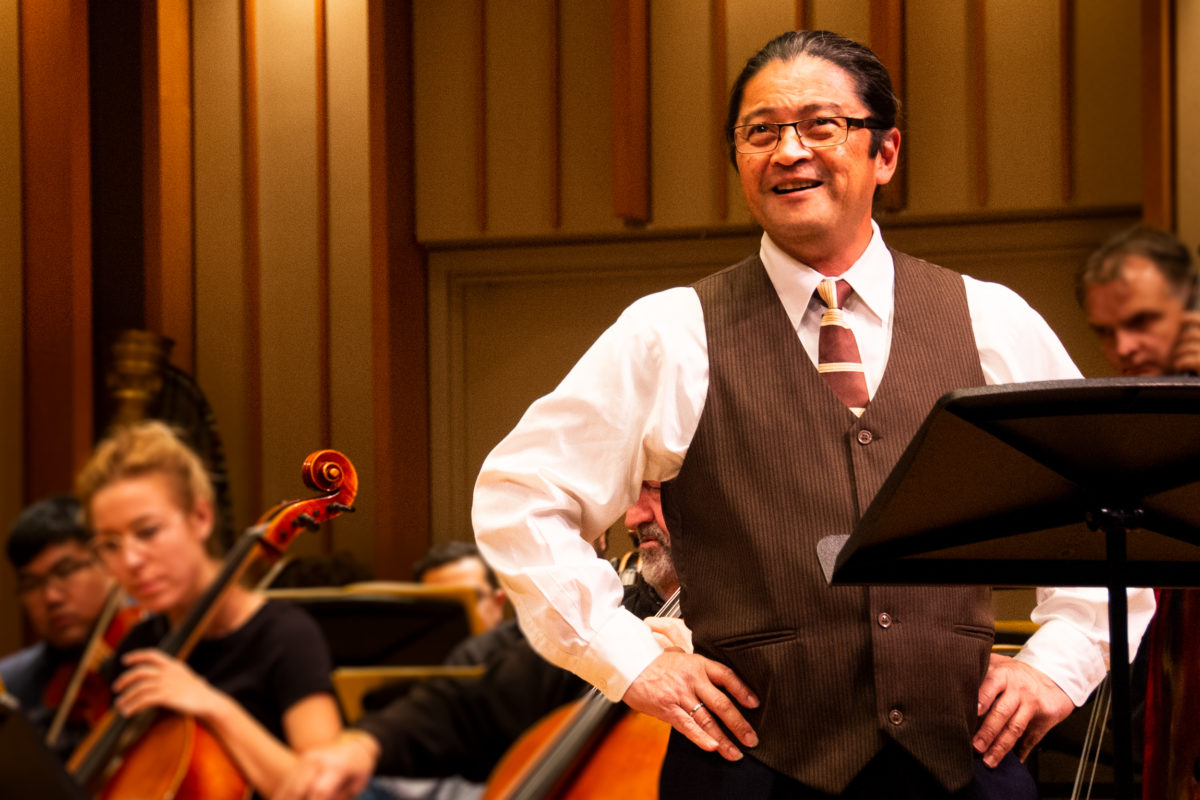 The singers are all very good. Gómez lives locally (in the South Bay), performs adventurous roles on occasion with Long Beach Opera, and travels the globe. But I would say the standout in this production is Shana Blake Hill, who has impressed us many other times in various roles throughout Southern California.

Although “Polykrates” is supposedly set in the 18th century, it’s been moved up to the 1950s for this rendition. Not that you can really tell. In my opinion, the costumes are a bit too festive, as if the cast will be headed to a holiday party as soon as the show’s over.

While the opera is not really a lost or neglected treasure, this production is well done and bodes well for Numi Opera’s second season. It hasn’t been announced, but “Violanta,” Korngold’s second youthful opera, is scheduled to be performed at the Broad Stage in June.