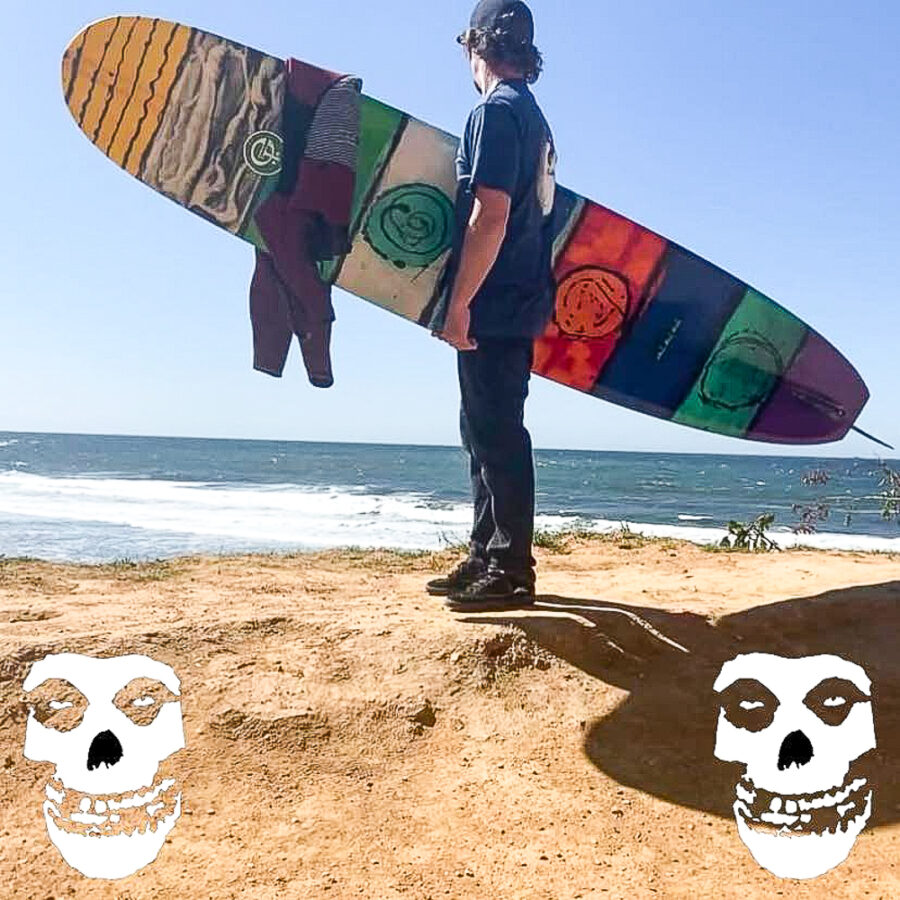 Andrew Ryan on a blown out day at the Cove. Photo courtesy of the Ryan family

A friend of Pat Ryan’s went to his shaping bay in Hermosa’s small surfboard district on Cypress Avenue Wednesday morning. Ryan is one of three living surfboard shapers inducted into the Hermosa Beach Surfer Walk of Fame (in 2019). The friend ordered a board from Ryan a few months ago, and wanted to know when it would be ready.

Ryan had just locked up. He told the friend the board was almost ready. The friend laughed. “Almost ready” is shaper-speak for  “the check’s in the mail.”

He walked the friend across the alley to AquaTech Glassing. The 6-foot-10 tri fin glistened red in an upright rack. It looked finished, but the glasser said it needed a final gloss coat.

Ryan lives on Cypress Street, between the surfboard district, and Clark Baseball Stadium.

As the two walked up Cypress toward his home. Ryan gave a soliloquy on flat, concave, and double concave surfboard bottoms.

Before they parted, Ryan asked the friend how his son was doing. Their sons were a subject they usually avoided. They grew up together, playing Little League at Clark Stadium, and surfing at the Hermosa pier. They got in trouble, a lot, for high risk behavior, like climbing Clark Field’s 50-foot high, floodlight towers.

The friend said his son was doing well. Ryan said, in his usual quiet voice, his kid was having trouble. A bit louder he said, “Never give up.”

Never give up is what Churchill told students at Harrow School following the London Blitz. It’s what parents tell themselves, so if their kids go south, they can cling to the comfort of knowing they never gave up.

Thursday morning, Ryan was preparing to take his son Andrew to a rehab center when Andrew bolted down Cypress to Clark Stadium. He climbed the first base floodlight tower, and jumped to his death.

The next morning the friend brought Ryan food, and asked how he was doing. 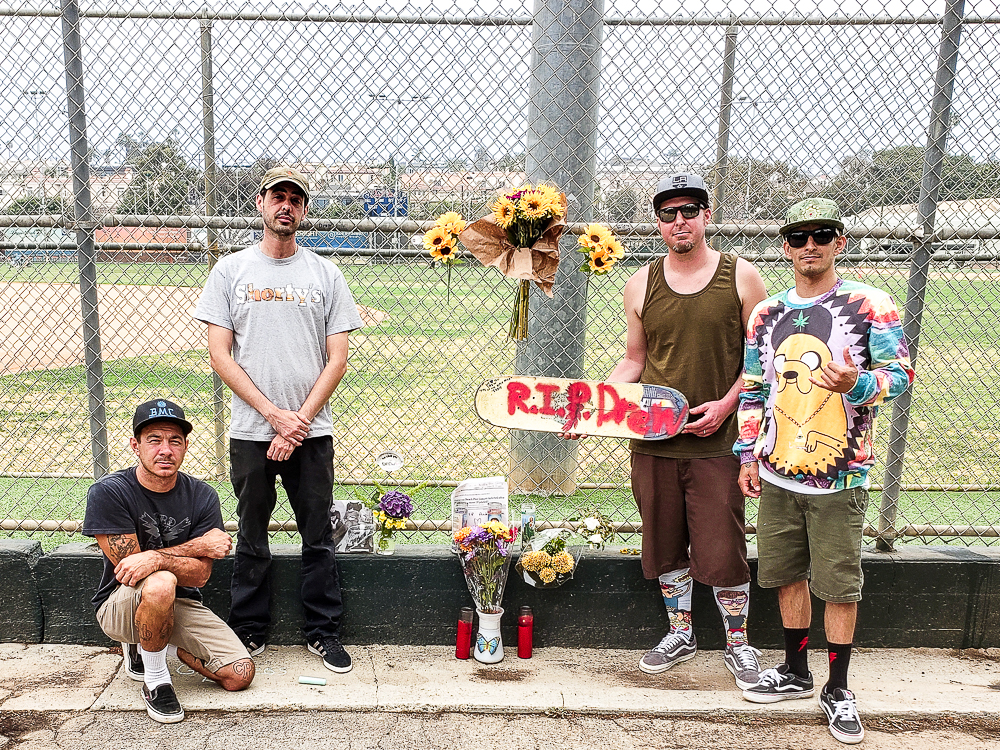