“Fear” – The dark side [MOVIE REVIEW] 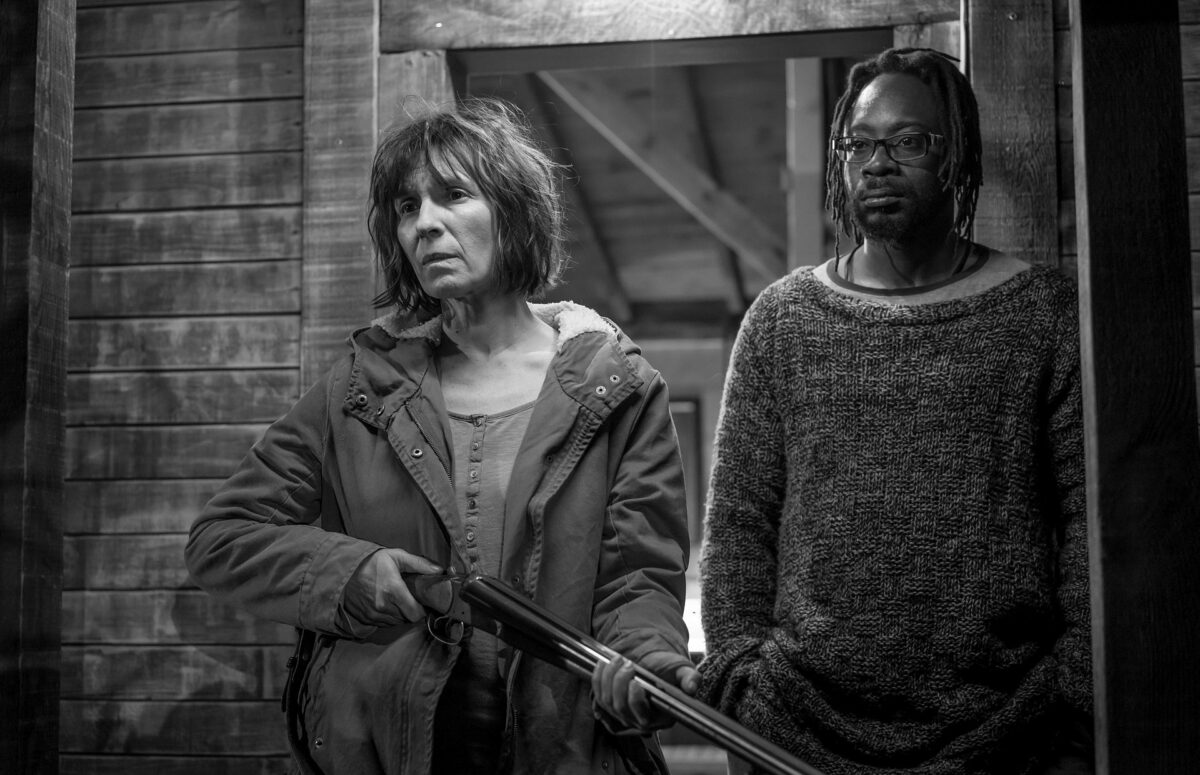 Svetlana Yancheva as Svetla and Michael Flemming as Bamba in "Fear." Photo courtesy of Film Movement. 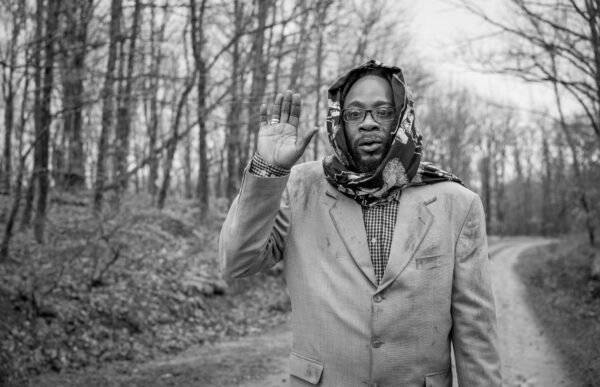 “Fear,” Bulgaria’s submission to the Academy Awards is an almost. It’s almost good; it’s almost thought-provoking; it’s almost award-worthy. What this film, written and directed by Ivaylo Hristov, does do is highlight the blackness (and this is a deliberate play on words) of xenophobia.

Bulgaria, inconveniently bordered by Turkey on the east, has become a thruway for refugees trying to escape the wars and oppression of their home countries and make it to Germany, one of the only countries in Europe to offer sanctuary to asylum seekers. It’s a long and treacherous trip, especially given the rising xenophobia in the Eastern European countries they must navigate before reaching their goal. The odds against them are so great as to make this dream impossible. But, as far as these migrants are concerned, the only other option is death at home.

The local border patrol has received word that a convoy of refugees has arrived and they immediately leave on a scout to find them. The citizenry is up in arms convinced that they are being overrun by Gypsies. The fact that the vast majority of the group are from Afghanistan makes no difference. A Gypsy is anyone wearing a headscarf. Gypsies have always been the enemy, the thieves, the baby-stealers; an easy group for them to vilify.

Hunting in the woods near the now empty refugee camp, Svetla, a fifty-something widow,  comes across Bamba, an asylum seeker separated from the larger group. Suitcase in hand, walking determinedly in the direction of what he thinks is Germany, Bamba is from Africa and speaks only English. Svetla speaks only Bulgarian but is savvy enough to know that Bamba doesn’t belong there. Her shotgun speaks loudly for her as she marches him towards her home, unsure of what she will do with him. She reports him to the Colonel of the border patrol who tells her he has too many other refugees to worry about. She reports Bamba to the mayor who tells Svetla to report him to the police. Finally, exhausted by the excuses of others, she takes him home, feeds him, and gives him shelter until she can figure out an alternative.

Unlike the men in her town who have lusted after her since the death of her husband, Bamba is kind; he is quiet and thankful. Their bond grows. But Bamba is black, and to the town, black is scary, representing the unknown. As much as they hate Gypsies, this one black man has incited an ugliness and hatred that is beyond their normal despicable intolerance. Svetla, too good for them, has taken up with an “expletive deleted.” The harassment of Svetla grows. Her windows are broken and rumors circulate about her sexual activities. Assumptions are made, well before they become true, and the shaming is based not on what they know to be fact but based on her continued association with someone they consider subhuman. That he is well-educated and a doctor is never part of the equation. His continued presence unleashes torrents of racism in the name of white superiority when it is clear that no one in this town is superior in any way, shape, or form.

Although many of the characters are deliberately over-the-top in order to underscore the bigotry of the townspeople, the black humor of the ironic situations is most often overshadowed by the ugliness. As the character of Svetla grows deeper, the others become shallower. The wide-eyed innocence and goodness of Bamba is the standard against which both sides are measured.

“Fear” will keep you interested throughout, although the lack of originality in showing the ignorance and irrationality of the locals keeps this film from being an important addition to the canon on racism.

Svetlana Yancheva as Svetla is wonderful. Her tired face still shows the beauty and desirability that the men in town still seek. Her eyes are world weary and her silence conveys her depth. Michael Flemming as Bamba is a bit one-dimensional in his wide-eyed incredulity but that may be primarily a factor of an underwritten role meant to be a catalyst for hatred. It might have been better, however, to develop him further as an active, rather than passive, springboard to the resultant racism. Granted, it was the color of his skin that activated the hatred but Hristov did not create an actual character. There were many villains in the piece but Ivan Savov’s Ivan was notable. His animosity seemed incited more by losing Svetla to the interloper than his inherent racism, but, again, Hristov missed an opportunity to give depth to this character’s motivation.

The cinematography by Emil Christov was remarkable in its use of black and white to heighten the desolation of the environs and the people. Too clever by half at the end, a bit of color was added to emphasize the positive choice that Svetla has made as she and Bamba head away from Germany. Writer Hristov did director Hristov no favors by not fleshing out the story beyond the obvious. Certainly he makes it clear that the media is always on the lookout for the next tragedy, stoking the fears of the populace, but this, like everything else, is given superficial coverage.

In English and Bulgarian with English subtitles.