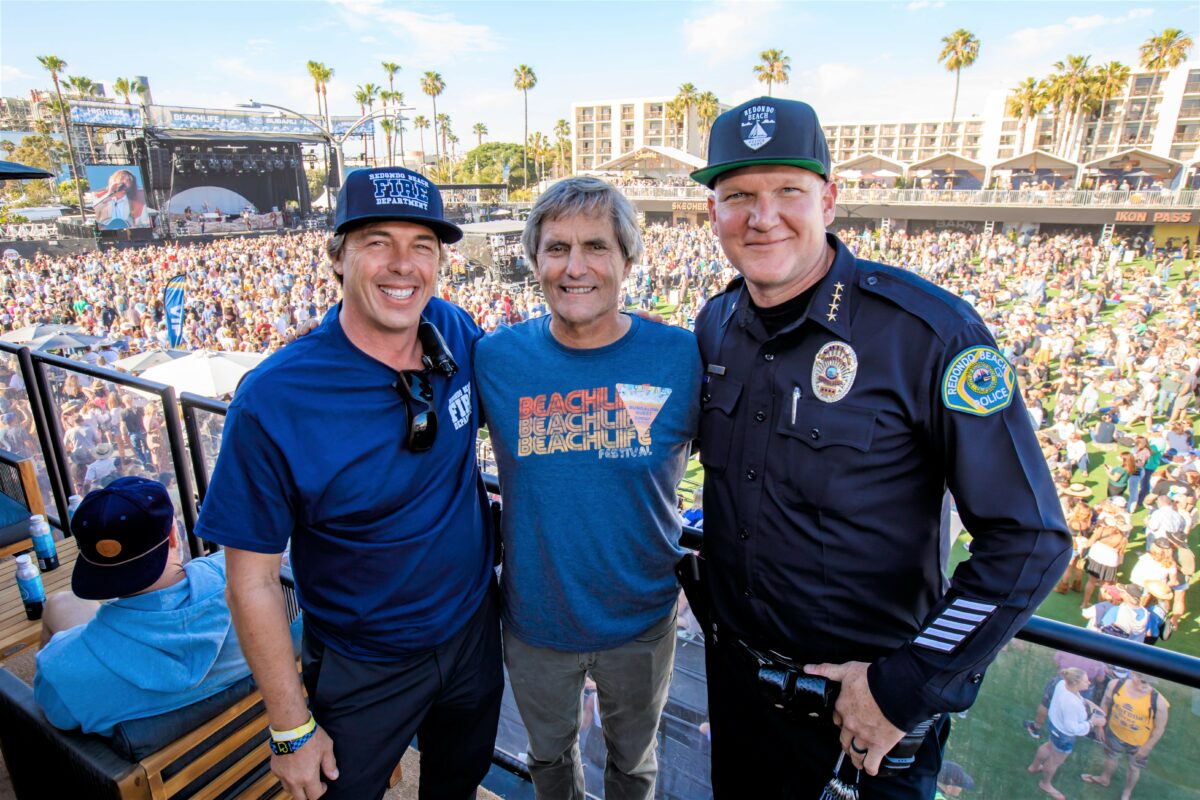 BeachLife 2022 drew an estimated 10,200 people inside the gates Friday, 11,000 Saturday and 9,500 Sunday but the three-day event saw only minor police activity.

“A very well-run event,” said Redondo Beach Police Chief Joe Hoffman. “An excellent security plan and it made for a safe event.”

Police made five arrests, including one for battery and another for resisting arrest.

“All five were alcohol-related,” Hoffman said.

The city fire department responded to 34 medical aid calls, most related to heat and alcohol.

Police made 19 traffic stops over the three days and 15 pedestrian stops for jaywalking, etc.

Chief Hoffman noted that each year the police department learns something new and makes minor adjustments. This year they put in better feeds for police camera systems and the police drone.

Total officers at the festival went as high as 25 during the headlining acts. The fire department had a minimum of seven members on site at all times, including four paramedics.

Police Chief Hoffman was at Beachlife all three days, in uniform. Favorite act he saw was Steve Miller Band.

A debriefing on security will take place in the next two weeks.

“We’ll figure out where we can make improvements for the next event in September,” said Hoffman. ER