Floating Above Traffic in a FLOAT air shuttle 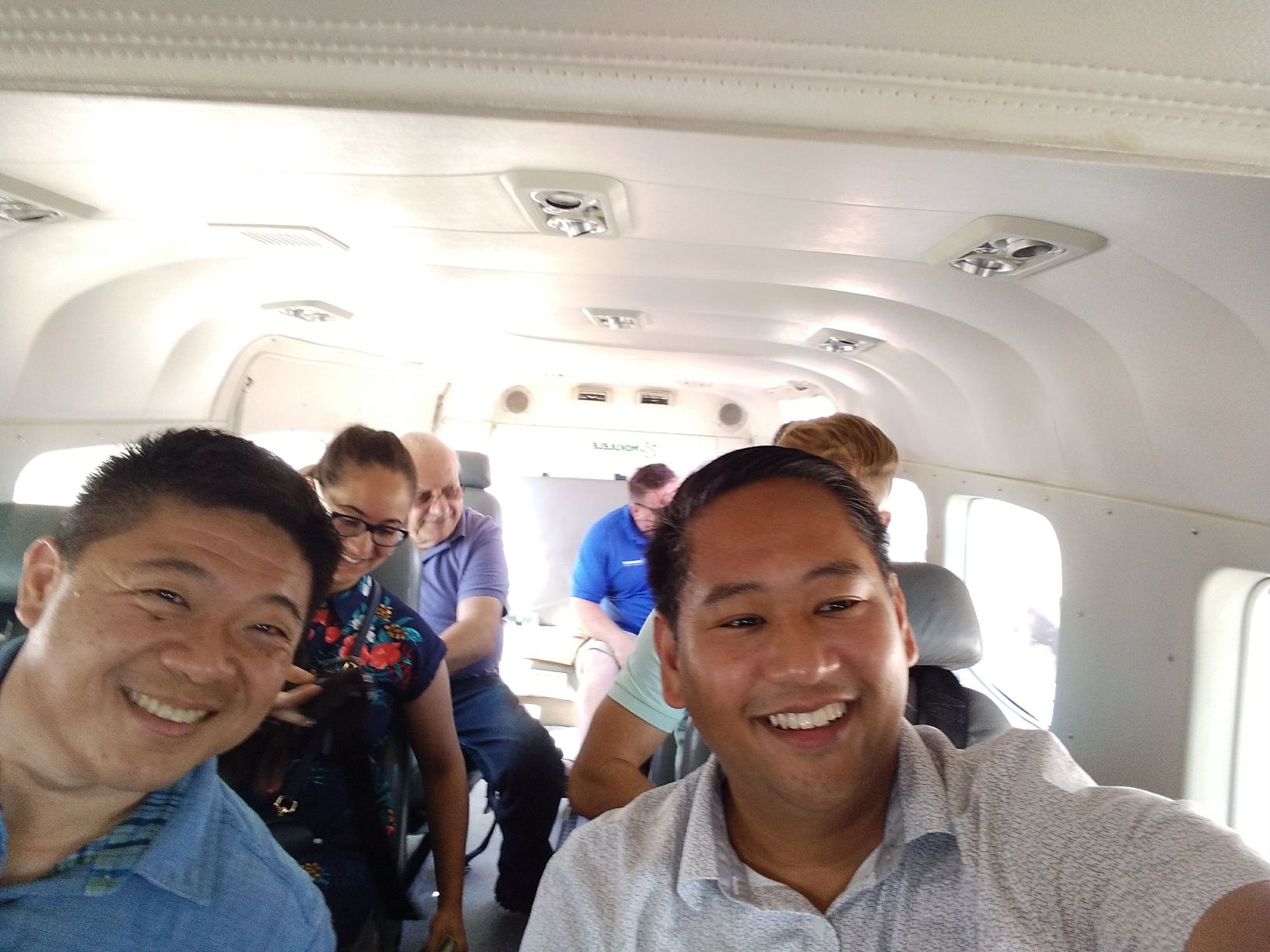 FLOAT co-founders Tom Hsieh and Arnel Guiang aboard one of their Cessna 208 Grand Caravans. Photo courtesy of FLOAT shuttle

A few years ago then El Segundo aerospace engineer Arnel Guiang decided to move his family from the South Bay to a new spacious home in Diamond Bar, a city in eastern Los Angeles County.

Guiang says he liked everything about the move and his new digs except for his dreaded daily commute to his job in El Segundo.

“We love the bigger house and the less-crowded community,” Guiang said. “The commute, however, was horrible. Just horrible.”

A pilot friend one day offered to fly Guiang to work — from Brackett Field in La Verne to Hawthorne Municipal Airport. The grueling two-hour, one-way commute by car was whittled down to about 15 minutes by air.

Once in Hawthorne, Guiang, who was part of the F-35 Lightning II fighter development team, said it was a short Uber ride to his office in El Segundo.

“It’s fair to say that I had my ‘light bulb’ moment during that first flight. It was so much fun to be zooming over all that gridlocked freeway traffic,” Guiang said.

Shortly thereafter, Guiang and his partners formed FLOAT Shuttle. The acronym stands for Fly Above All Traffic.

One of those airports is Hawthorne Municipal, next door to Space X and just a few miles from El Segundo where aerospace giants Lockheed Martin, Boeing and Northrop Grumman are located.

“We anticipate our flights into Hawthorne and Torrance being heavily used  by employees at the major tech and aerospace companies,” said Lisa Walker, a lead investor and advisor to  FLOAT.

The Corona Del Mar resident and private pilot said she expects employers as well as employees to  rally behind the new service.

“Employees will get to work faster, be more productive and be less stressed by using FLOAT,” Walker said.

“The key is the service will be affordable, starting at about $60 a day for a round-trip ticket,” Guiang said. “When you think about the productivity lost by people just sitting in traffic, using our flight services will be a no-brainer.”

Studies show the Los Angeles area has one of the worst traffic problems in the nation. Commuters spend, on average, 128 hours in traffic every year.

The company will charge customers a subscription of about $1,250 a month for weekday, roundtrip flight service. Weekend flights are planned for the future.

Because FLOAT will fly out of small municipal airports and the number of passengers are restricted, there will be no lengthy check-ins or TSA lines for passengers to deal with.

Due to air traffic and federal security issues, FLOAT will not be flying into or out of LAX — at least not in the foreseeable future.

Working with partner Southern Airways Express, FLOAT will utilize nine-passenger Cessna 208 Grand Caravans. The aircraft was introduced in 2017 and since then some 2,600 have been manufactured for commuter airlines, air cargo, flight training and humanitarian missions.

The high wing 208 has an unpressurized cabin and is powered by a single Pratt & Whitney Canada PT6A turboprop (a propeller jet engine.) The aircraft has a range of just over 1,200 miles and a top cruising speed of about 214 mph. Caravans have amassed more than 20 million flight hours since being introduced.

Two pilots will be aboard all flights. One will fly the aircraft while the other will act as a backup pilot and purser.

Guiang said he co-founders, Tom Hsieh and Rob McKinney, hope to fly seaplane versions of the Caravan for flights at harbors and lakes.

“We’re really not ready to talk about that just yet,” Guiang said. “But given our proximity to the ocean and large lakes, that may well be our next step. It does make sense.”

To date, more than 3,500 people have signed up with FLOAT and more than 1,000 have put down deposits to use the flight service.

Jeff Mitchell is a South Bay freelance journalist. Reach him at j.edward.mitchell@gmail.com.