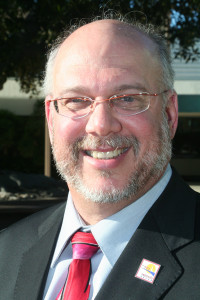 According to police reports, officers responded to an undisclosed location at 9:50 p.m. after receiving a phone call regarding a fight between a husband and a wife. They arrived to find Cindy Szerlip injured, and her husband, Don Szerlip, no longer at the location. Cindy Szerlip was transported to a local hospital.

“She desired prosecution,” said Redondo Beach Police Department Sgt. Phil Keenan. “Not that she needed to, because in fact her injuries necessitated prosecution.”

Officers later that night found and arrested Don Szerlip on the 2600 block of 190th St., the location of his marketing business, Adwerx Communications.

“We arrested him without incident,” Keenan said.

Szerlip, 57, spent the night in jail and was released on $50,000 bail the following morning. The case is being handled by the Los Angeles County District Attorney’s office.

The Szerlips have been civically active in Redondo Beach for more than a decade. The couple was instrumental in the establishment of the Redondo Beach Dog Park in the 1990s. Don Szerlip served as the District 3 councilman from 2003 through 2007. Cindy Szerlip, who works as a financial planner, ran unsuccessfully for City Clerk in 2007.

In December of 2003, Szerlip was accused of road rage as a result of an incident during which he flashed his ceremonial badge during a confrontation with a Redondo resident. The DA’s office declined to file charges due to lack of evidence.

“It was an embarrassing incident,” Szerlip said when the incident came to light in April 2004. “I lost my temper.”

Keenan declined to speak about the specifics of the alleged abuse in this case, but he stressed that the RBPD has a domestic violence team that is available to anyone in need of help. Assisting victims of domestic violence has long been a priority of the department, he said.

“We have a pretty sophisticated system and quite a few different advocates,” Keenan said. “They are called out 24 hours a day or night. We take it very seriously.”