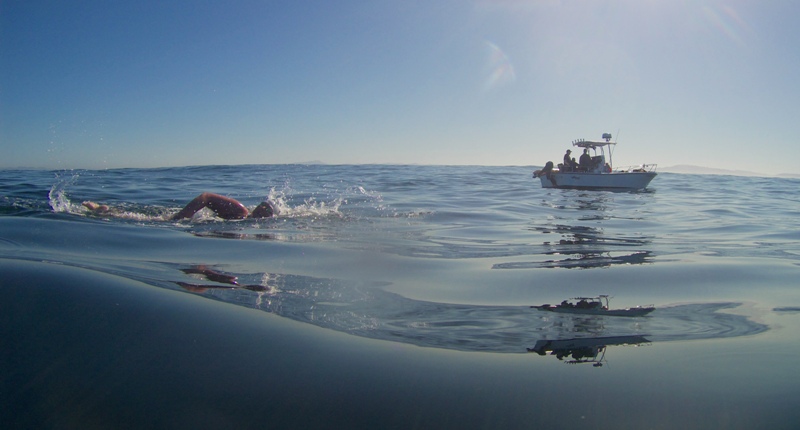 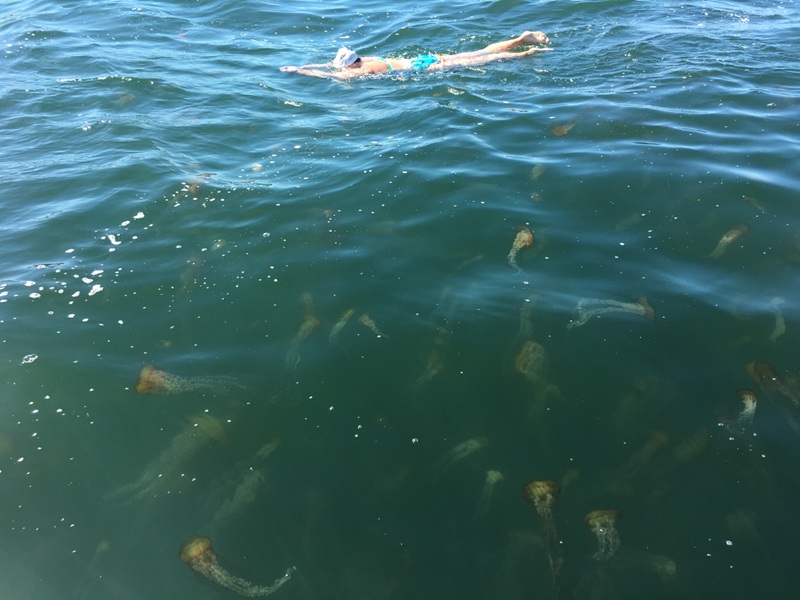 Pacific Sea Nettle jellies carpeted the Monterey Bay during Amy Gubser’s swim across the bay in 2017.

Amy Appelhans Gubser is celebrating her 50th birthday by swimming across the Santa Monica Bay, from Point Dume to Palos Verdes. The former Rolling Hills High School and Peninsula Aquatics swimmer plans to enter the water at 8 p.m. on Thursday June 7 and arrive at the beach below the Palos Verdes Beach Club between 10 a.m. and noon on Friday. The 27 mile swim will be a training swim for her attempt to swim the North Channel, the veteran marathon swimmer said. The North Channel is the strait that separates Ireland and Scotland. It is considered the most difficult of the Ocean Seven Marathon Swims.

Unlike the Santa Monica Bay, the North Channel is too cold for sharks. But it does have seven-foot-wide Lion’s Mane Jellies, the largest jellies in the ocean. Their toxin-filled, 190-foot tentacles and the 50 degree water are the primary reasons 80 percent of swimmers who attempt to swim the North Channel fail.

Only two people have completed the 27 mile swim across the Santa Monica Bay. On March 16, 2013 marathon swimmers Jen Shumaker and Forrest Nelson departed from Point Dume in Malibu and finished at Lunada Bay in Palos Verdes in 13 hours, 10 minutes, 35 seconds. ER