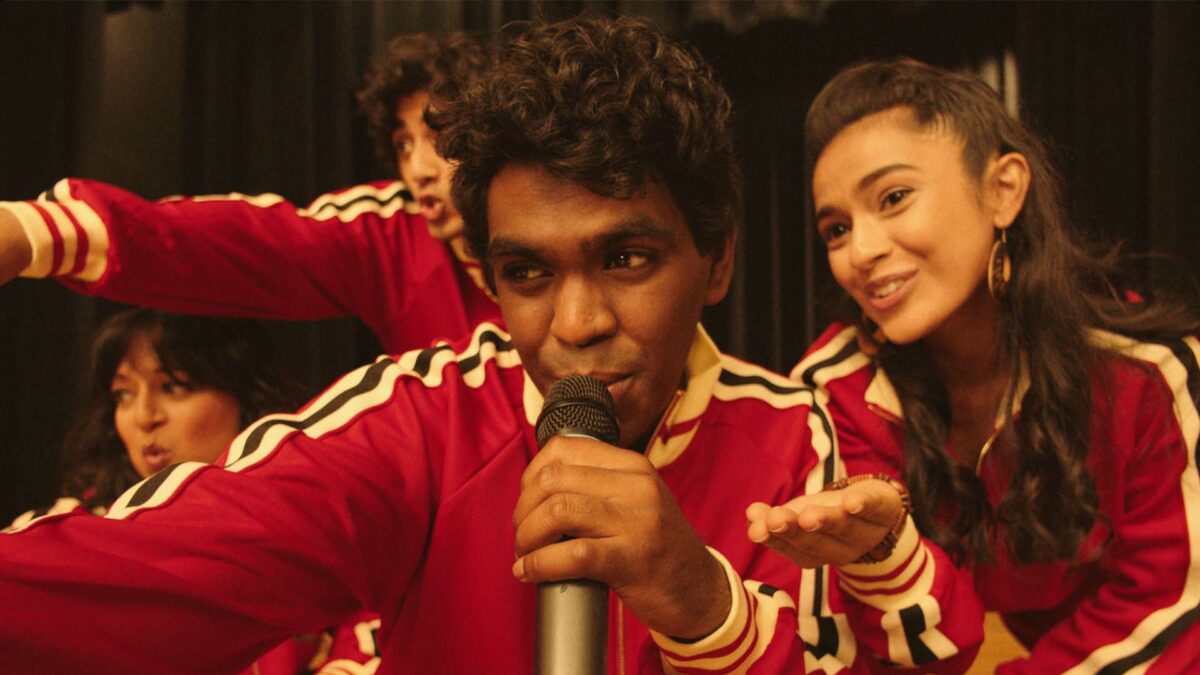 Vinny is a crack salesman in a Sari shop but it’s not how he sees his life. He aspires to be a rapper but he’s still looking for his beat. He’ll be looking a long time. Dumped by his girlfriend Rina three years ago, he still smarts. Now it’s even worse because word on the street is that she’s engaged to an Indian homeboy who recycles goat dung (this, apparently, is supposed to be laugh out loud funny). More to the point, the guy is a jerk but has the approval of Rina’s grocery store entrepreneur father, Mr. Juneja. Vinny must find a way to sabotage the wedding and he has a genius plan.

Gathering together a crew, they include a wanna be Bollywood actor, a young newspaper founder, and a dour software engineer who still hasn’t received her lost in the mail green card. Vinny’s great idea? They’ll rob Juneja’s grocery store. Allegedly, there’s a stash of ill gotten diamonds in the safe that will be Rina’s dowry. 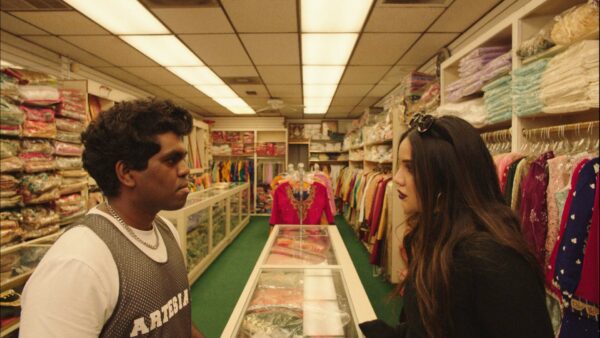 As can be imagined, nothing goes as planned. Learning that Rina dumped him because he was too spineless to go after what he wanted, he must prove her wrong. Predictably, the robbery does little to assuage Rina’s initial impression. What Vinny fails to understand is that Rina doesn’t need him to succeed, as such; she needs him to believe in himself.

His path to discovery comes gradually, although it does come. What he has yet to learn is that it isn’t going to come by rapping.

There is nothing that makes this movie stand out. It looks like a film school project, and yet, I must admit I enjoyed the way it captures the joyous and embracing culture of the Los Angeles suburb of Artesia where a robust Indian population resides. Filmed on the streets of Little India, the ethnic stores and population are depicted lovingly. Like all similar immigrant populations, Vinny’s aunties and uncles both support and smother him. But it is here he will find his voice and his crew.

Ravi Kapoor, the writer and director, turned his eye inward and embraced his origin. The simplicity of the story, however, works against it, instead of moving it forward. There is no depth, either to the narrative or to the characters. The dialogue is mundane and the comedy is rather juvenile. The acting is not particularly good, with everyone trying too hard. Despite all of that, and this is the intangible, the film will leave you smiling. Go figure. Still, one gets a real feel for Artesia with the largest population of ethnic Indians in Southern California. Up to now it was just an exit off the 405. Now it’s colorful streets, strong spices, and restaurants serving a plethora of dishes to eager customers. There are Vinnys everywhere; it’s the neighborhood that defines this movie.

Opening December 2 at the Laemmle NoHo7 and On Demand.