Frank LaMantia: In realms of color 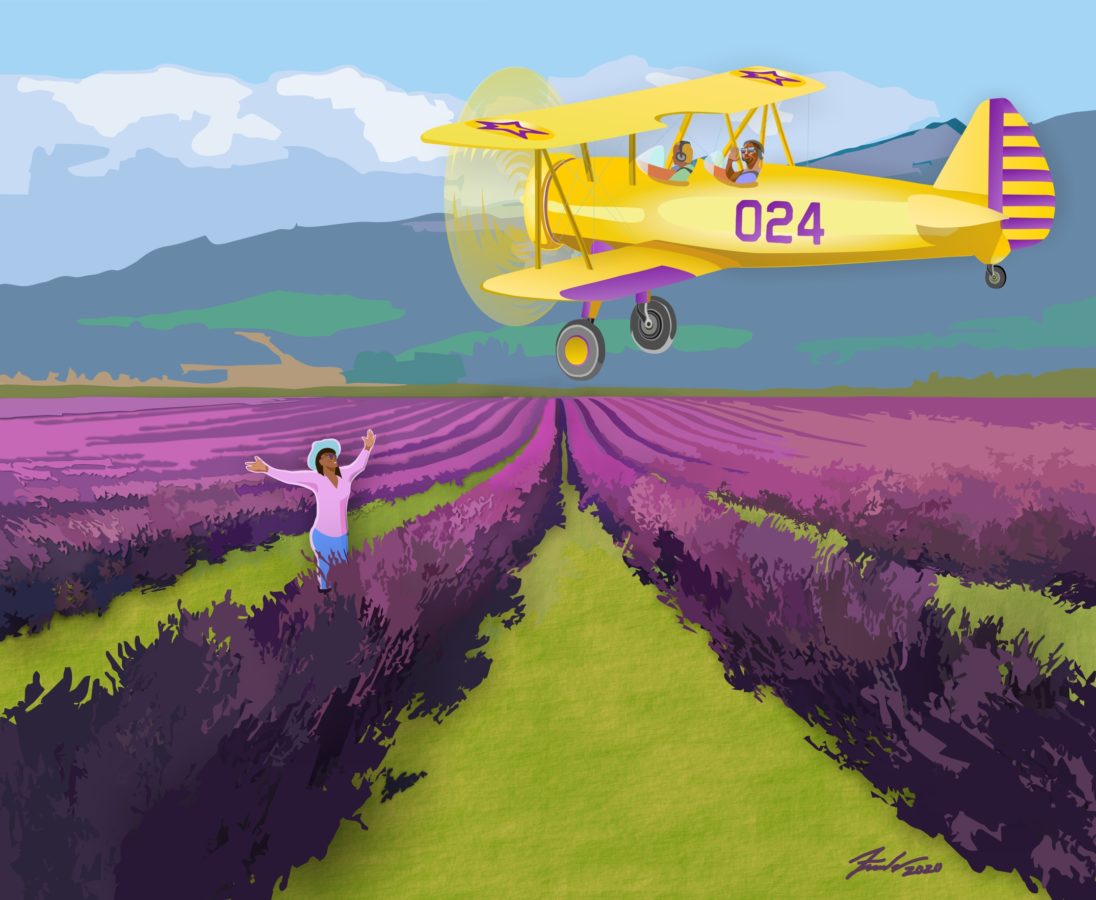 All the colors of the rainbow

The illuminating art of Frank LaMantia

For some time now, usually when least expecting it, I’d come across an image that simply popped from the page. It took a while to figure out that Frank LaMantia was the artist behind these works, which in most cases were so colorful they even seemed to glow. But they did so in an effortless manner: There’s nothing labored about them. For some reason I didn’t think that LaMantia lived locally. Happily, I learned that he did, and afterwards I was glad to make contact and to learn more about him and his art. 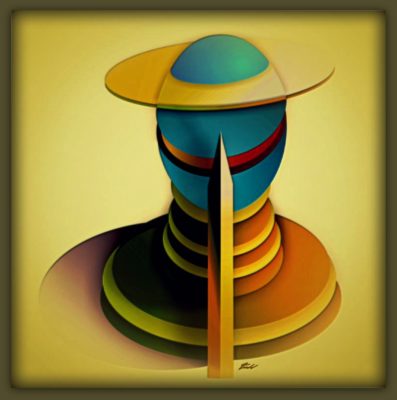 Easy Reader: You attended Redondo Union High School and you now live in Torrance, but can you give us some other biographical details? Are you a South Bay native? And if not, then where did you start out and when did you end up here?

Frank LaMantia: “I was born on a Marine Corps base in North Carolina and my family moved to North Hollywood when I was one year old. We moved to Arizona for a few years, then back to California. I have been a South Bay resident ever since. I love this area and consider it my home.”

ER: You’ve mentioned that you began making art after receiving the hand-me-down charcoal sticks used by your father. What were you drawing at that early age and did it lead to art classes in high school and after?

LaMantia: “Early on I drew with whatever I could find. I saw art in everything. I drew with No.2 pencils, chalks, and crayons when I could get them. The hand-me-down charcoal sticks used by my father were like gold to me. Initially my subjects were just cars, dragons, and “army men.” At some point I began browsing through three large binders that came with a fine arts course my father took. I started perceiving the world differently. My interest grew as I began to understand shading, mass, and forced perspective. I became obsessed with the charge of capturing the world around me through the lens of art. I sketched incessantly.” 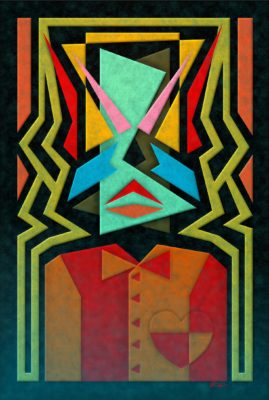 ER: And then, of course, your work became quite colorful.

LaMantia: “At some point I finally graduated from charcoal sticks. The shading aspect ushered me into the infinite complexities of color. Now dangerous and eager with new skills, leaping before I crawl, I began the real war—color—and I was not going to take any prisoners. God was not messing around when he invented color and I must never take for granted this charge, I can merely participate in this color management. So I studied (and keep studying) all angles, devouring even scientific courses and books, analyzing the tricky way we perceive the world around us.

“I took every art class that was offered, ranging from drawing, painting, ceramics and wood/metal shop. I attended all types of schools including El Camino, Otis Parsons, Cal State Dominguez, and The Art Center. Overall, I am somewhat self-taught and consider myself an autodidact lone wolf artist. Just a student; I’m sure my color education will never end.”

ER: Did your parents encourage your art?

LaMantia: “My parents were very busy—they had to manage eight children and an advertising agency. They didn’t necessarily encourage or discourage me. As long as I wasn’t chopping my hand off I was fine.” 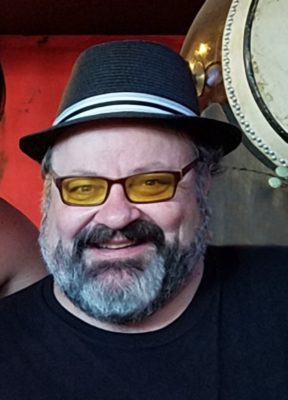 ER: Have you been employed in fields where your artistic talents have been put to good use, or does your art emerge independent of any work environment?

LaMantia: “Gravitating to graphic design was my compromise with being an artist and paying bills. As a result I worked for my father’s agency for several years.”

ER: What other interests do you have, and do these feed into your art in any way?

LaMantia: “My other interests vary; spirituality, music, astronomy, astrophysics, science, history, politics, and the NFL. I also formed a band at one time called “The Roulettes.” I think all of these journeys enriched my creations.”

Over the years, La Mantia has “participated in various art shows.” Additionally, he adds, “I have designed book covers and promotional items. However, I presently work on commission. Due to a back injury, I now also have time to build my body of work as I choose to depict it.

ER: People can find your work online. Has that gone well? 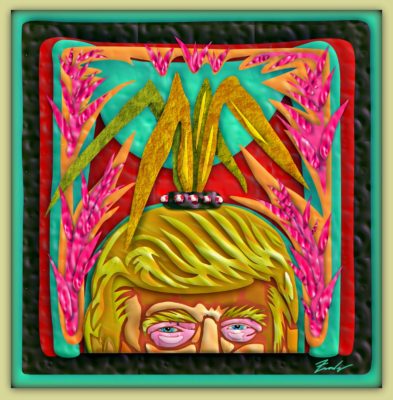 “I’ll Lie All Day In Your Lap,” by Frank LaMantia

LaMantia: “As far as online presence, my jury is still out. I’ve had marginal success, and with the way print-on-demand companies work, plus the sterile interaction that is the Internet, I’m not sure if that’s the best avenue for my art. I think people have to actually see, feel, smell art. I’m well aware, though, that after this pandemic things may never go back to ‘normal.’ So I’m re-evaluating the idea of new generation virtual art shows—not the same as smelling it, but maybe the safest alternative.

“It is my desire that my art speaks for itself, evoking something so personal it can’t be explained in words. I hope that at least one of my creations has the power to move an emotion from one place to another.”

ER: How has the coronavirus pandemic affected your art-making, or your thinking about art as we wait to get through this? And has your work been affected by the recent political unrest?

LaMantia: “Because of my handicap, shelter in place and self-quarantine, on the surface, haven’t affected me too much. I try to remain disciplined and authentic in respect to my art at all times. However, during a time such as now, with a virus and political unrest, these influences do seep into the imagery and discourse in my work.”

ER: Assuming that life returns to a sort of “normalcy” in a few months, where would you like to go with your art? And, years from now, what do you hope to have achieved?

LaMantia: “I’m not sure what the future holds in these trying times. Everything is quite fluid and rapidly changing. I am intrigued with the mystery, the next chapter of my art. I’m not sure where the new normal will find us, but I have to figure out a way to share my art and ideas to a larger audience.
“Only art will tell.” ER