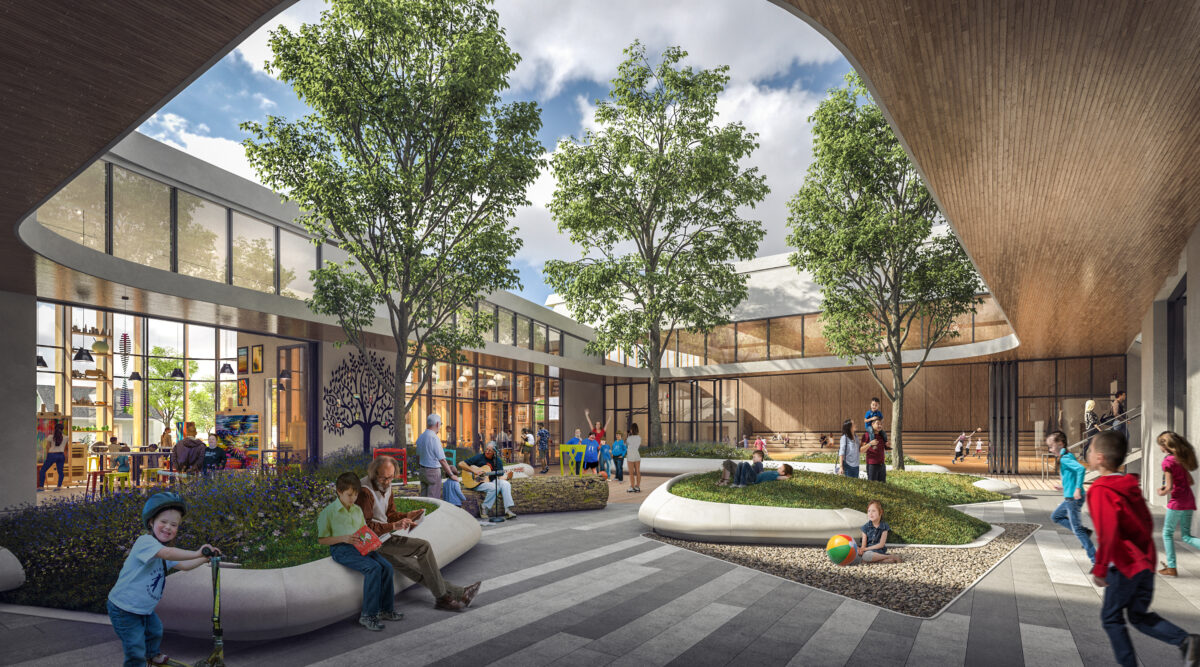 The 64,000-square foot Friendship Campus on South Inglewood Avenue is expected to be built in 18 months, opening in 2024. Rendering courtesy of Friendship Foundation

The Friendship Campus is about to be built.

A public groundbreaking ceremony set for Aug. 10 begins the next chapter of the project, which follows 15 years of work in South Bay schools helping to connect kids with special needs to their peers and society at large.

“This is a major milestone for our community,” said Rabbi Yossi Mintz, co-founder of Friendship Foundation, and founder and director of the Jewish Community Center Chabad of the South Bay. “A whole shift coming from here for the rest of the world. Our goal is not to own this, but to inspire others. Many eyes of the world are watching.”

The $55 million, 64,000-square foot facility will be built on 3.5 acres at the site of the former Franklin Elementary School, its grounds to connect to adjacent Franklin Park.

The Campus will offer job-training, and job skills in a variety of fields, aimed particularly to serve young adults when they leave the public school system at age 22.

Companies which have already signed on to participate in training and hiring are Skechers, Chevron, Kinecta Bank, Lakeshore Learning and more.

The groundbreaking begins at 5 p.m. next Wednesday with an hour-long ceremony followed by a summer festival at Franklin Park from 6 – 8 p.m., including “fair food,” music, magicians and activities for kids of all ages.

As part of the agreement with Redondo Union School District – which offered the land for the Friendship Campus – the Foundation will take over the district’s special education program for ages 19-22.

Started at Mira Costa High School in 2007, the Friendship Foundation has spread to almost 50 schools in the South Bay, from elementary to high schools. 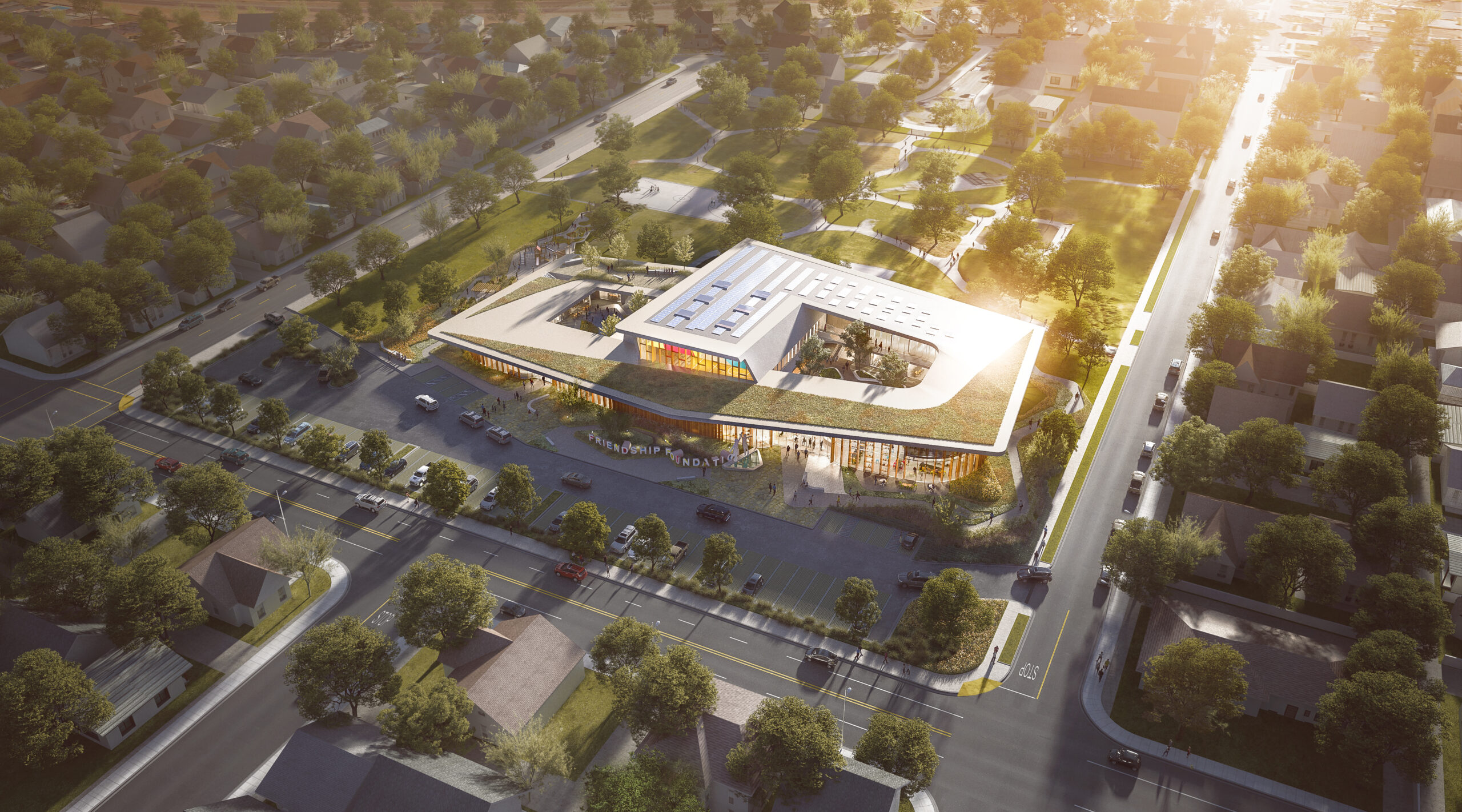 During the height of the pandemic, it extended on Zoom to Arizona, Alabama and Georgia.

“These are special groups for organic friendship,” said Rabbi Mintz. “… We make a big deal about their birthdays.”

Now the Foundation will have its own place for education and training.

He noted that the young adults are not often equipped to go through human resources to find employment.

“But if you train them in advance, they can do so many things,” the rabbi said. “… Here they become a part in the tapestry of our beautiful world.”

“They’re going to be given the tools to perform in a mainstream environment,” said Kelly Stroman, Friendship Foundation managing director.

Mintz reports that $42 million has been raised already for the building, with a goal to reach the full $55 million before the 18-month construction period is finished.

A general contractor has not been named.

The center was designed pro-bono by Gensler Architecture and Design, Los Angeles.

Its project managers are Gardiner and Theobold, also of Los Angeles.

Mintz co-founded the Friendship Foundation with Skechers co-founder and president Michael Greenberg. Mintz pitched Greenburg the idea for the Foundation in 2005. The two of them, and Adam Carroll, former chairman of New Age Electronics, made it happen.

Now they are about to have a building.

“We have not seen an undertaking in the South Bay of such a force,” Mintz said.