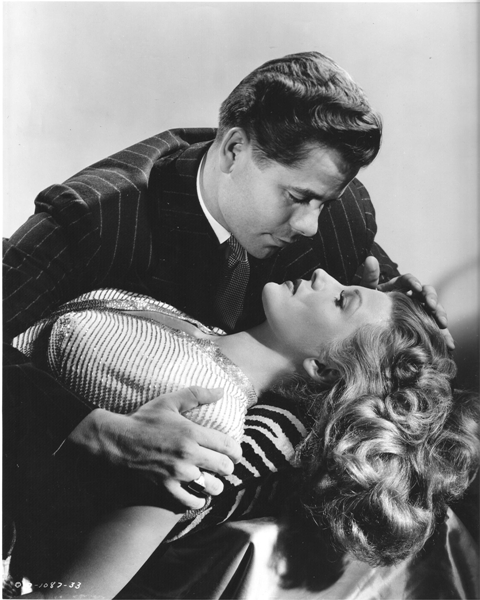 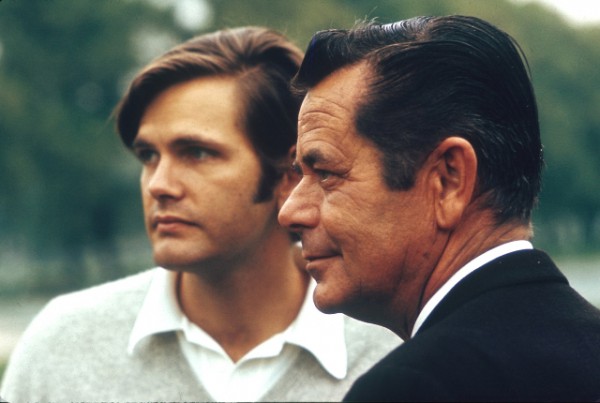 Peter Ford and his father Glenn. Photo courtesy of the Ford family.

The volatile passion on-screen was real: it was the start of their 40-year affair that eventually led to them having side-by-side houses in Beverly Hills during the 1960s with a gate cut into the back fence so Rita wouldn’t be seen going over to his house. And he adds a new wrinkle to their long-rumored affair: Ford got Hayworth pregnant while they were filming The Loves of Carmen in 1948, but she went to Europe for an abortion.

The affair during the making of “Gilda” was the first time his father cheated on his mother, says Ford. He knows that because the diaries reveal that just a few months earlier Ford rejected the unsubtle advances of Bette Davis, who had picked him out of the crowd of contract players to star alongside her in A Stolen Life.

“But I have no regrets,” he said. “I wanted to tell the truth in a way that was cathartic for me. He was a very complex guy with a big dark side. But he was also a great actor.”