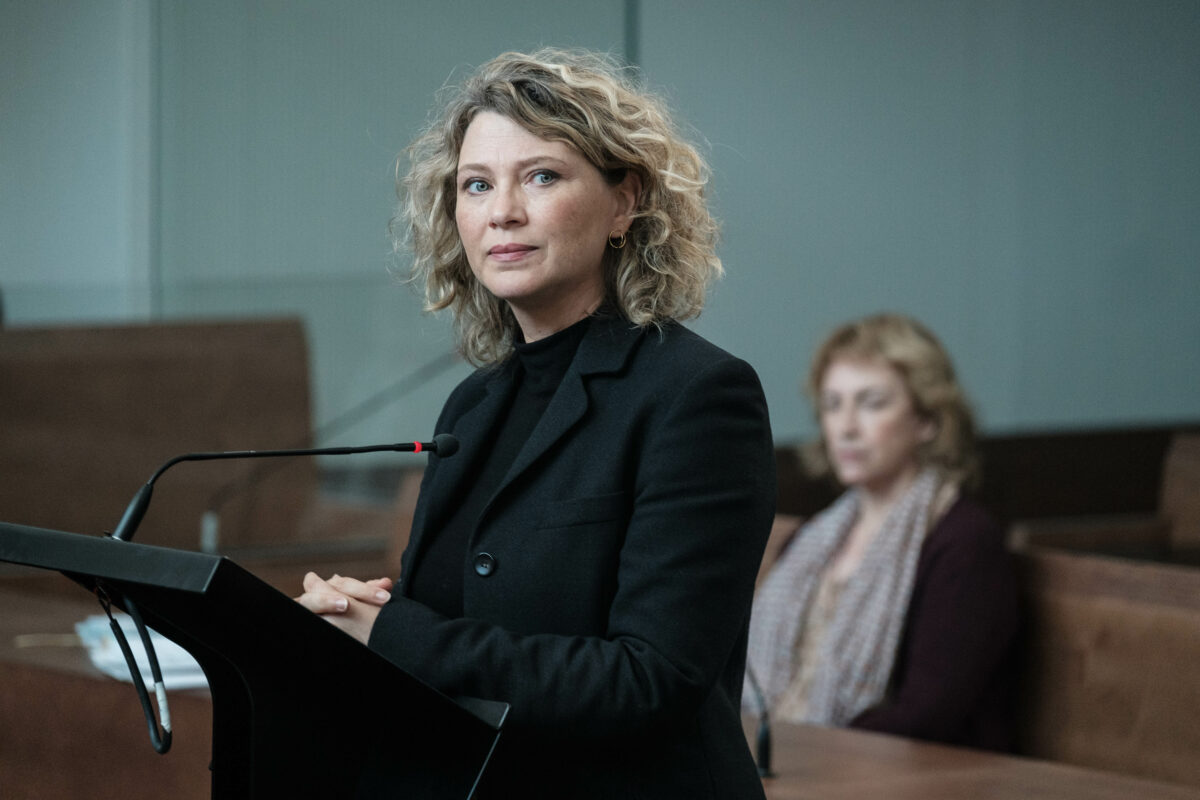 “Gloria” is a brand new French police/thriller series based on Matthew Hall’s 2017 British series called “Keeping Faith.” All six episodes of “Gloria” were directed by Julien Colonna, and written by Jeanne Le Guillou and Bruno Dega.

Gloria, still at home caring for baby Leo, is eager to return to the family law practice. She tells her husband David that she has things under control with their three children and she misses the office. David, always loving in support, smiles reluctantly and agrees to consider it. He kisses Gloria and the kids as he leaves for work and that is the last they see of him.

Clarisse, one of the law partners, calls Gloria and says that David has not shown up to work and they have a client facing criminal prosecution that morning. Gloria must take over and represent Arthur, a hopeless alcoholic who is also Gloria’s neighbor and gardener. Gloria, one hell of a lawyer, pleads the case on little notice, and wins a reprieve for Arthur. But now the main question emerges. Where is David? Something is amiss and Gloria is convinced that something bad has happened. 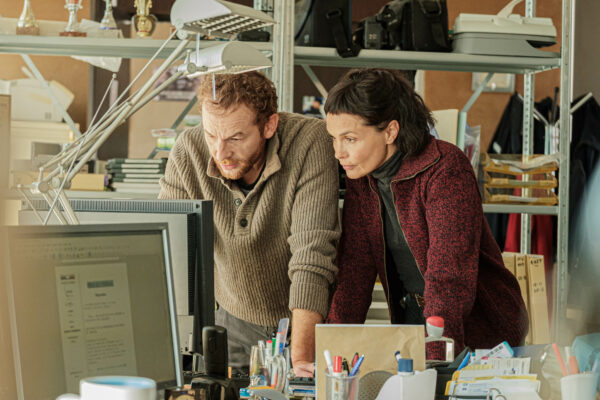 Taking her premonitions to Denis Gauvin, her brother-in-law, a police lieutenant, she is met skeptically. Her presence, however, arouses the suspicions of Captain Marianne Volton. Gloria had defended Volton’s ex-husband in a custody battle, showing that Volton had committed perjury; the ex was awarded full custody. A defining moment for Volton, who lost not only her children but was also transferred out of an elite division, she sees an opportunity to make Gloria’s life miserable. Who, after all, is the lead suspect in the disappearance of a spouse or loved one? Why, the remaining partner, of course. Volton’s effort to cast blame on Gloria and reap revenge is only part of what awaits her.

Soon other difficulties arise at the law practice, founded by David’s father Richard. Another one of David’s clients, Stan Baldini, is facing hard time for a probation violation. Gloria arrives in time to deliver a closing argument that illustrates how much Baldini has changed and how he no longer leads his previous life of drug dealing and thuggery. Again, she wins an acquittal and the admiration and loyalty of her client. Baldini tells her that he will help her in any way that he can.

Gloria discovers more amiss at the practice. They are in the red and monies have gone missing. Richard, who has more or less retired, is totally unaware of any financial irregularities and becomes concerned over his son’s disappearance. His wife, Odile, and daughter Emilie, married to police lieutenant Gauvin, have never liked Gloria and are convinced that she is behind it all. 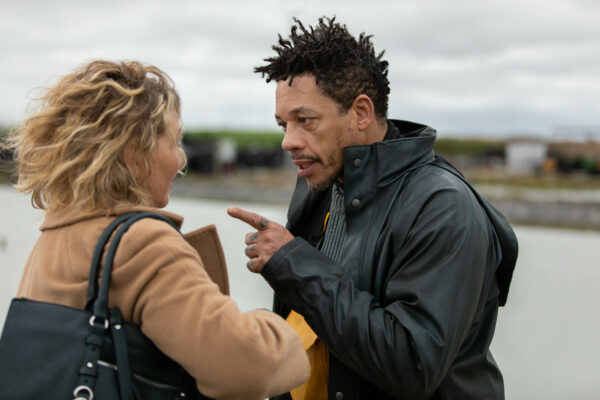 Cécile Bois as Gloria and JoeyStarr as Stan Baldini in “Gloria.” Photo courtesy of MHz Choice.

Captain Voltan discovers that David had recently paid a huge sum into a life insurance policy. And where did he get the money for the luxurious home they live in? Things are looking worse and worse for Gloria as Voltan starts digging up evidence that frames her in the worst light possible. In the ultimate stab at revenge, Voltan sends an anonymous complaint to Social Services about Gloria’s inadequacy as a mother. That she’s not handling the stress well is an understatement.

Gloria realizes that the police are not on her side, so she begins to investigate on her own, turning over rocks that reveal a side to David that is unpleasant and frightening. Before long she discovers a tie to the most notorious crime family in the region and the enormous debt owed them. Calling upon Stan, she finds evidence of wrongdoing that may have serious implications, both for her and everyone around her.

Volton relentlessly closes in on Gloria as she discovers more about her husband and the secret life he led. 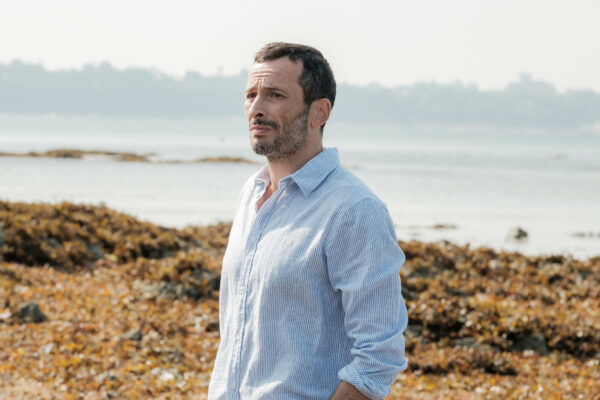 The scripts by Le Guillou and Dega are tight and action packed. Character development is key, and everyone grows, positively or negatively, as the episodes progress. Colonna directs everything at a fast pace that helps cover any holes in the story (because there always are) or leaps of faith involving the believability of some character relationships. But the character of Gloria has been crafted so well that we are ready to follow her anywhere.

The whole show centers on the believability of Gloria and the series found a great lead in Cécile Bois, a longtime French television star. Sympathetic, she is believable and carries you with her on this difficult journey. Barbara Schulz as Captain Volton always leaves you hoping that revenge is only on the backburner; that she is, as the other cops say, a police officer doing her job. Her menacing demeanor is played to excellent effect. Schultz, a stage veteran, has created a professional who may or may not be a villain.

The supporting characters, led by JoeyStarr as Stan Baldini, Bernard Le Coq as Gloria’s empathetic father-in-law, and Malik Zidi as Lieutenant Denis Gauvin who wants to believe that his boss is going by the books, are all interesting and exhibit growth as the episodes progress.

It is Michaël Cohen as David, Gloria’s missing husband, who has the unenviable task of being present while absent. He accomplishes that goal admirably.

Filmed by Bruno Degrave in Brittany, the beauty of the coastline becomes a part of the story that is interwoven throughout.