“God Forbid: The Sex Scandal That Brought Down a Dynasty” [MOVIE REVIEW] 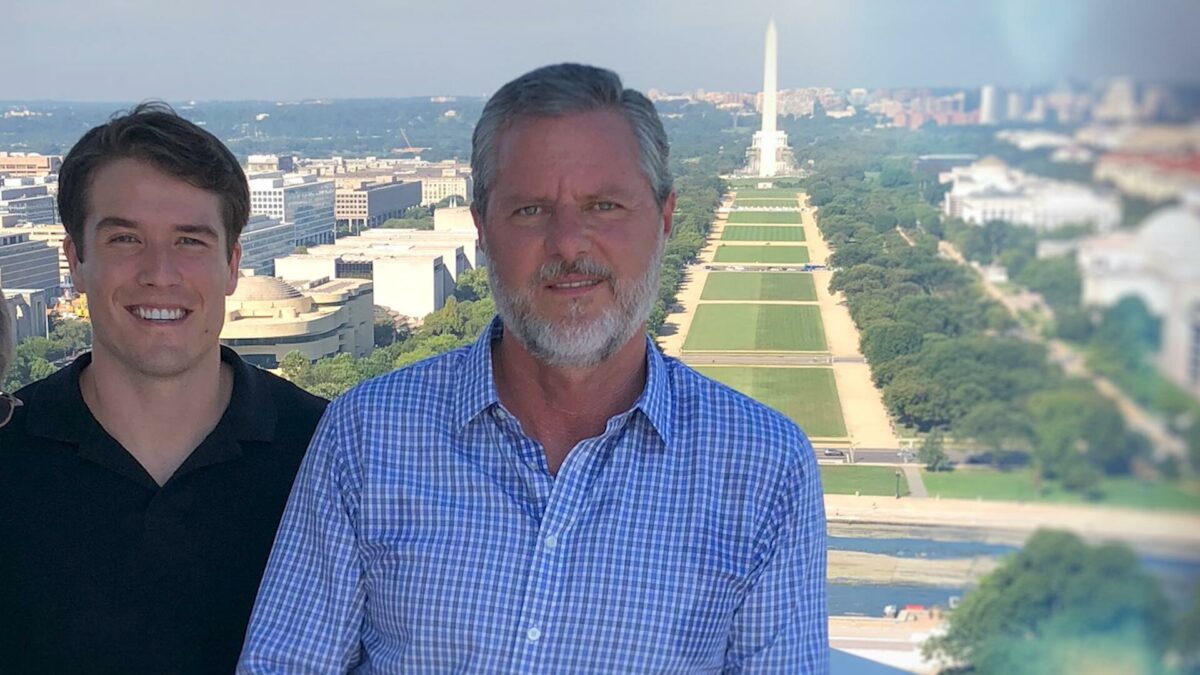 Some documentaries truly fall under the category of too outrageous to be true, but then that’s why we have the adage “truth is stranger than fiction.” “God Forbid,” directed by Billy Corben,  falls into that category and is juicy, salacious, sad, and terrifying at the same time. And it all started with that old sex punchline: the pool boy.

Giancarlo Granda was a handsome, barely 20, high school graduate dabbling in junior college who had a dream job. Granda was a pool boy at the Fontainebleau Hotel in Miami and catered to the chaise lounge, towel, and snack needs of the wealthy guests. Life was his oyster and fun was his outlook. He was game to try and comply and that’s just what he did when a sexy 40 year old cougar invited him up to her room for fun out of the sun. Initially it was just sex play and no penetration. Oh, and her husband wanted to watch. Against the better judgment and advice of his sister, because Granda apparently didn’t have any better judgment, he decided to continue on the hedonistic path that lay before him, always with an observer to all the merriment.

Granda, unbelievably naive to the ways of the world, or at least if you believe him as he incredulously relates these early activities to the camera, believes in the pot of gold at the end of the rainbow when the anonymous husband agrees to nurture him in some business endeavors. Only he’s no longer anonymous. He’s Jerry Falwell Jr., president of Liberty University, the institution started by his father, Jerry Falwell, in 1971. The hot cougar? His wife, Becki Falwell. 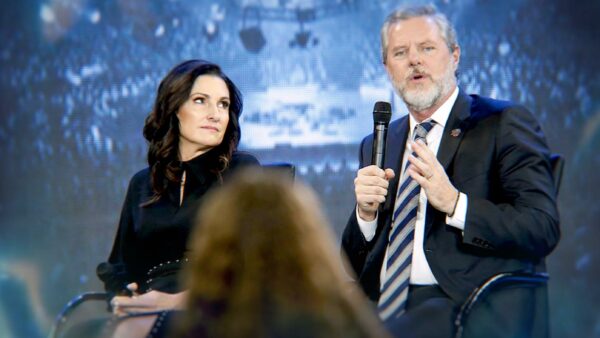 Besides his duties at Liberty University, Jerry Falwell Jr., a law school graduate, also dabbled in real estate and politics. He was carrying on the family tradition started by his father. Let me refresh your memory about Jerry Falwell Sr. It was he that co-founded the “Moral Majority.” He made a career of demonizing homosexuality and eventually latched on to abortion as a hot button item for evangelicals. He mobilized the evangelical movement to vote for Reagan and vilified Jimmy Carter, an actual church-going Baptist, as being a traitor to the South and not a Christian. It was Falwell Sr. who successfully politicized the evangelical movement, consistently supporting Republicans ever after. Falwell, who started a mega church in Virginia and took over the television PTL network (a true cash cow) when he maneuvered Jim Bakker out of the way, is also remembered for his anti-civil rights views, featuring Lester Maddox and George Wallace on his “Old Time Gospel Hour” in the mid 60s, declaring that he doubted that Martin Luther King practiced non-violence, and calling Desmond Tutu a phony. Let us not forget that when Brown v. the Board of Education declared segregation in the schools to be illegal, he was one of the first in Virginia to found a private school so students didn’t have to be subjected to sitting near a person of color, god forbid. Obviously, his school was whites only. Now he wasn’t the only person to found a private school who’s intent was to defy integration, but this was a so-called man of god, a christian.

That’s just background for Jerry Jr’s heritage. He did involve Granda in various projects, none of which, it turns out, were to his benefit. And the affair continued unabated, always with the danger of discovery.

Looking to capitalize on his growing power within the evangelical community, Falwell Jr. courted and was courted by Donald Trump before he expressed his ultimate political intent. Introducing Granda to Trump was a coup, at least for Granda who was dazzled. But Trump had an ace in the hole, Michael Cohen, the lawyer who held all the secrets and eventually one of those secrets was the story of Granda and Becki. The how and the why are inconsequential compared to the outcome. But don’t let me complete the thread. Watch this fascinating documentary told with speed, humor, and horror. Suffice it to say that everybody loses… except for Trump.