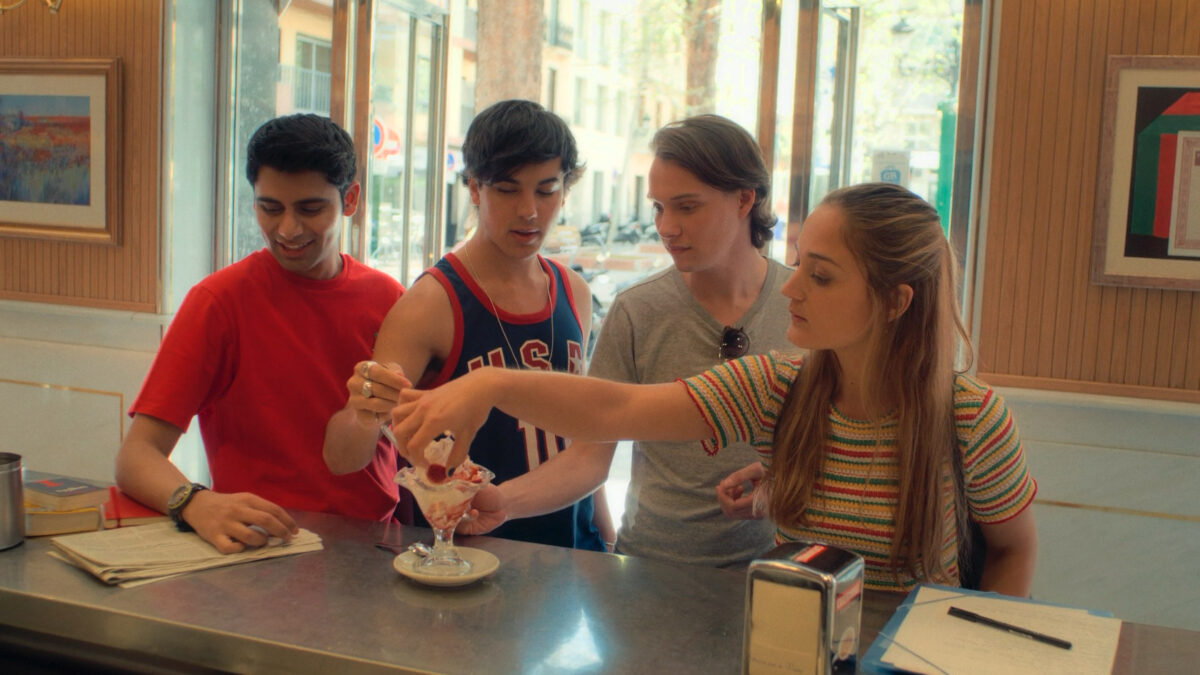 Antonio Aakeel as Ben, Oscar Casas as Lucas, and on the far right, Laura Frederico as Silvia in "Granada Nights." Photo courtesy of Outsider Pictures.

The plot of “Granada Nights,” written and directed by Abid Khan, is as old as the Alhambra in the aforementioned city. There is nothing wrong with a tried and true plot if it’s done well; “Granada Nights,” unfortunately, was not.

Ben has traveled from the UK to surprise his girlfriend Helen who is studying in Granada. On the train he encounters Amelia, an American adventure traveler who goes wherever her soul directs her, and right now it’s sending her to Granada. She foresees impending doom and encourages Ben to expand his horizons and explore. His mission, she implies, may be misguided. Oh how right she is. The surprise is on Ben when he learns that Helen has moved out of her apartment and on with a life that decidedly does not include him. Despondent, without an anchor or Helen’s new location or phone, he cries on Amelia’s shoulder. But Amelia has already moved on, having met her soulmate du jour and is leaving with him. 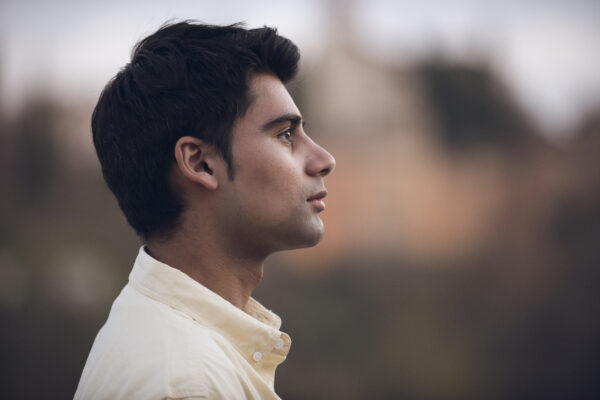 Ben hooks up with a group of other foreigners studying Spanish and joins them in their parties, studies, and living arrangements. They become like family to him, even though their tolerance of his moping and longing for Helen drags on for months. His friends prop him up, encouraging him to expand his horizons and party on. I don’t think I need to give away the ending because it was evident from the moment we met him on that train. Of course Helen will betray him; of course his heart will be broken; of course he will be unable to see the joy of life in front of him with his new friends until, of course, he does.

At less than an hour and a half, it’s still a half hour too long. The character of Ben is not particularly engaging; his friends are suitably shallow. Even the scenery is not as interesting as it could be. This is Granada, the home of the Alhambra, one of the wonders of the world. Without the Alhambra, Khan’s Granada is just another pretty European city with filigree doors, old bars, and lots of time-bleached steps. The Alhambra finally makes its appearance at the end when the young people gather on a lookout point, drinking, carousing, and bonding. Even seen from afar, it is the star of the film.

An attempt is made to give depth to Ben by introducing a street vendor of Pakistani origin who recognizes Ben’s ethnic heritage (on his father’s side) but other than an expositional lesson in tolerance, it becomes another “so what.”

The cast of unknowns does the best they can, but character development is almost entirely expositional. Each person explains his or her own reasons for being in Spain and what they are running toward or away from. Antonio Aakeel is the wobegon Ben. He has a soulful look but anything we learn about him comes from external sources. All of his friends, Lucas, Big Dave, Oscar, and Silvia, are types. Lucas, played by Oscar Casas, is the Spanish slacker who only wants to party and has a tendency to insult the ones who love him. Oscar, played by Julius Fleischanderl, is the Dutch rich boy who barely passes his classes so he doesn’t have to return home to face a job in the family business he doesn’t want. Laura Frederico portrays Silvia, the old beyond her years’ mother hen with patience and insight. There is nothing fundamentally wrong with any of the acting. Khan just never finds a way to make any of it interesting. This is the fault of Khan the writer, not Khan the director who has a good eye for location.

We know that Ben will be dumped because it punctuates his “surprise” visit. We know that he will pine incessantly for Helen. We know that Helen will eventually reappear and we also know what Ben will do because he will have gained some wisdom and support from his friends (that and the fact that there will surely be a new hot girl in his future). So, sorry for the spoiler alert, but if you’ve ever seen a Lifetime movie of the week (one that doesn’t involve murder by a loved one), then you’ve seen this film. Instead, watch Cédric Kapsich’s 2002 movie “L’Auberge Espagnole” (“The Spanish Apartment”), covering much the same material with a stellar international cast and a better script.