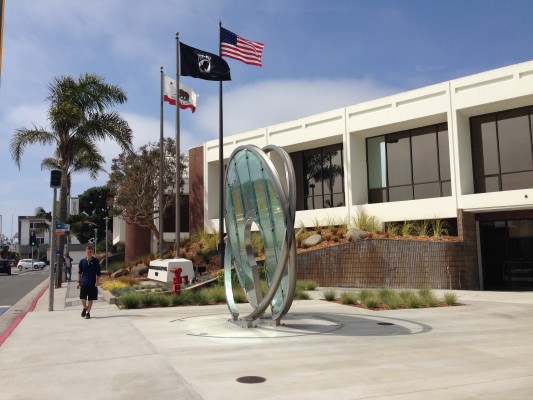 After sending the city a letter accusing it of breaking an open government law on June 15, the government watchdog nonprofit Californians Aware said Tuesday that it won’t pursue a lawsuit over the city council’s handling of a separation agreement with its former director of human resources.

In her letter, attorney Kelly Aviles said that the city violated the Brown Act by not providing the public with the facts that led the city to believe it would be sued before going into closed session. She gave the council 30 days to rescind its approval, threatening to file a lawsuit if they didn’t.

In response, Barrow shared with Aviles an email confirming a conversation that he believed conveyed the threat of litigation, according to Aviles. The written documentation gave the city the right to discuss a settlement in private.

“In the Brown Act, if a threat is made orally, there must be a writing documenting the threat, before it constitutes a basis for a closed session on anticipated litigation,” Aviles wrote in an email to the Easy Reader.

After seeing the written documentation, she was reassured that the city acted in good faith.

“I was surprised when we got the letter,” said Barrow. “Clearly under the Brown Act, we did everything properly.”

Aviles said she learned of the matter soon before the deadline to file a demand, so she sent the letter “in an abundance of caution.”

Manhattan Beach resident Dr. Edward Caprielian, who is a lecturer in public policy and administration at California State University, Long Beach, had been working with Californians Aware on the issue.

Aviles said she was satisfied with the city’s response.

“I do understand the city has multiple issues it’s trying to contend with,” she said. “It’s a complicated situation. I think they handled it in the way they thought was appropriate at the time.”

Californians Aware sued the city in 2011 over a similar matter with the departure of former City Manager Geoff Dolan. The city settled with the organization and the city council issued a letter of apology to the residents. Not long after the settlement, the city attorney at the time, Robert Wadden, was fired.

Aviles and the city have agreed to work together on ways to provide more information to the public.

“In the future, we have suggestions of how they handle” the needs of privacy due to the threat of litigation “and better balance with the public’s desire to be involved.” ER