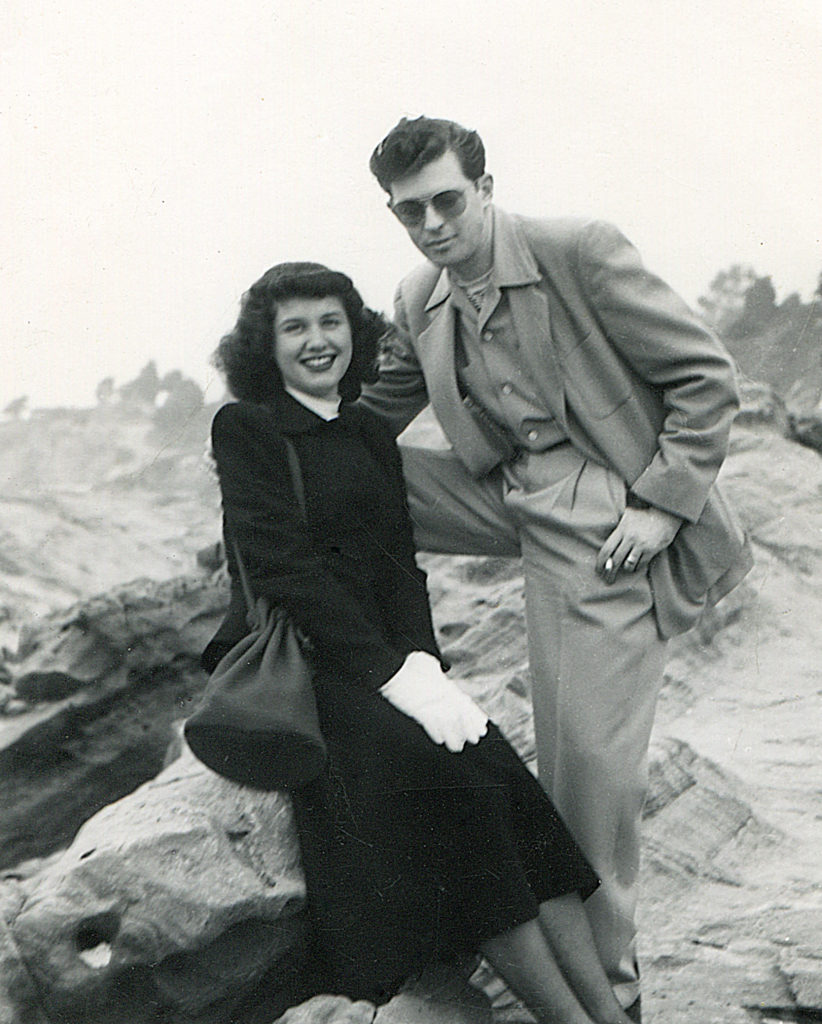 “Harold and Lillian: A Hollywood Love Story” is documentary filmmaker Daniel Raim’s ode to a couple whose greatest triumph was their relationship.  Amusingly and appropriately told using archival film footage, interviews, home movies, and storyboards by the talented Patrick Mate, “Harold and Lillian” is about Harold Michelson, one of Hollywood’s premier storyboard artists, and his wife Lillian who, finding domestic home life in the 1950s to be less than satisfying, stumbled on a career doing research for films when Harold, realizing that she felt unfulfilled, volunteered her services at the Samuel Goldwyn Studios research library.

This is the fascinating tale of two people in professions you’ve probably never thought of whose jobs were instrumental in getting films made. Storyboarding is the process in which scenes in a script are turned into graphic vignettes in order to make that which is written into something visual as an aid to the director and cinematographer to better plot the individual shots. In essence, the storyboard artist turns a script into a graphic novel and the director turns that graphic novel into a film. This is a simplistic description of something that is considerably more difficult because the storyboard artist, when conceiving of these visual “aids”, must know the geometry of film; in other words, whether on stage or outdoors, how much landscape can the camera capture and what is the best angle and use of the camera’s capabilities to illustrate the shot with the most impact. If you’ve never thought of how a storyboard artist conceives and illustrates the shot, it’s because most directors and cinematographers do not want you to know that someone may have guided them. You will rarely, if ever, see a credit for “storyboard artist” in the end crawl, but you will have seen his work. One of the most iconic shots in Mike Nichols’ “The Graduate” is that “poster” shot of Benjamin as seen through the sexily posed leg of Mrs. Robinson. Before that was a shot and before it was a poster, it was a drawing by Harold Michelson. 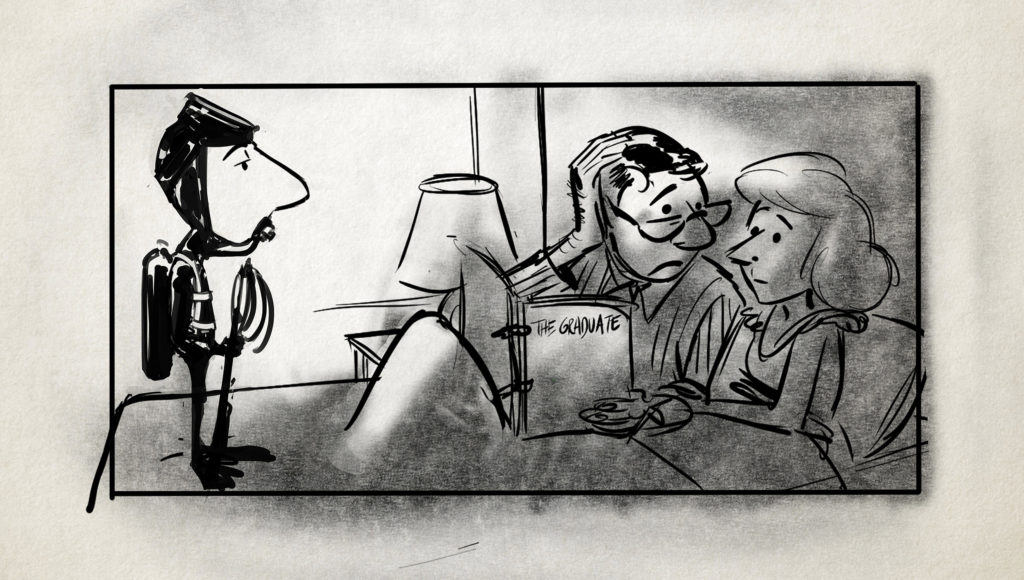 Film research is even more invisible. If you are doing a film that takes place early in the 20th century, all of the set décor must be of that era and it is the film research librarian who finds the correct reference material for you. Lillian was the consummate pro with a rolodex (for those of you who function only in the digital world, it is a card index holding all your contacts) the size of a basketball. While researching drug running for a film on a crime lord, she served tea to two of her contacts and peppered them with questions – one a former DEA official and the other a former drug kingpin with a new identity, and neither knowing what the other’s former profession was. Lillian found her niche and her reputation followed her everywhere. When Goldwyn decided to shutter the library, the librarian told Lillian that she had to buy it and maintain it. That she did and cajoled the AFI, then in Beverly Hills at the Greystone mansion, into giving her space. When AFI decided that the library space could be put to better use as a storage room, Spielberg came calling and asked that she relocate to his company. Lillian’s career was evergreen; she taught others and they continued in her style.

But as much as this film seems to be about these unheralded professions and people, it is actually a love story. Harold met Lillian, a friend of his younger sister, when he returned home from World War II. Harold was the favorite son of a well-off Jewish family; Lillian was a girl of no means who had been shuttled from orphanage to orphanage. She decided early on that she was going to pull herself out of her poverty and succeed. Meeting Harold when she was 16, she expressed the outrageous opinion that women were equal to men and should be treated as such. Harold was horrified… but intrigued.  Within two years he was entreating her to marry him, despite his family’s disapproval and behind-the-scenes machinations. Lillian wasn’t sure that Harold was for her but eventually he wore her down and she agreed to follow him to Los Angeles where he tried to break into the closed shop that was storyboarding. He eventually landed a job as an apprentice but it would be many years before he was allowed to move up. Lillian reluctantly devoted her time to homemaking. Then their first child came along and something was the matter. It would be decades before there would be a name for his disorder, autism, and there was no therapy for such a non-verbal, dysfunctional child who required all of her attention, often times to the detriment of their other two sons. It was Harold who came to her rescue when he found an outlet for her.

They were mutually dependent and supportive and their marriage lasted 60 years. Seeing the contemporary Harold and Lillian is a joy to watch and feel. Each sparkles in the other’s eyes; they finish each other’s sentences. I’d like to think I have that kind of relationship; I think everyone would.

The anecdotes and interviews are fascinating. Hitchcock gave free rein to Harold and used every storyboard to set up his shots for “The Birds” and “Marnie.” Mel Brooks credits Harold with always making the good, better. Using a scene from “Space Balls,” he talks about the trouble he was having with the space helmets that his characters wore. Somehow or other the bullet shaped helmets weren’t working cinematically. It was Harold who said to him, “Make them round. That way they truly are ‘space balls.’” And in looking at the scene, the round helmets emphasize the lunacy of the crackpot nature of the film. Danny DeVito, one of the film’s producers, gives numerous examples of Harold’s invaluable input, going so far as to say that he wouldn’t do a film without him. The individual directors talking about Lillian’s expertise in research make you want to go out and bury yourself in books.

Too often Raim makes the assumption that his audience understands how storyboarding works and gives short shrift to necessary explanations. But in the end, none of those explanations matters because it is the love story between two people who found each other and their passions that shines through in this breezy documentary.

Opening Friday May 12 at the Laemmle Monica Film Center, the Encino Town Center 5 and the Pasadena Playhouse 7.