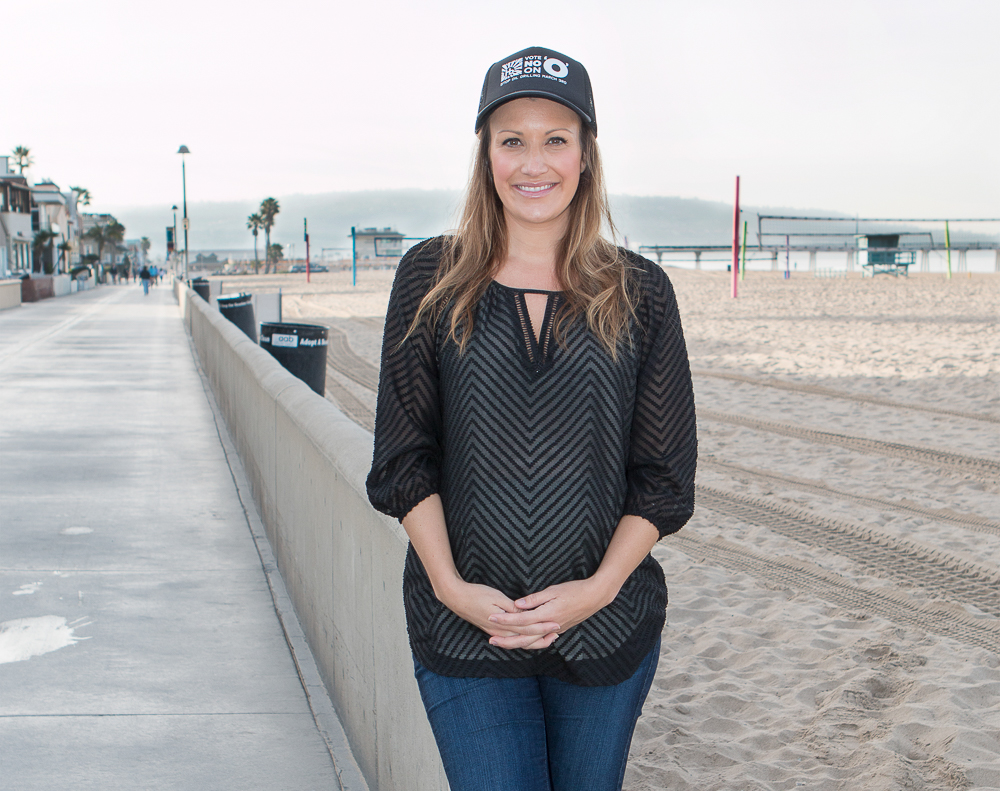 Hermosa Beach Council members Stacy Armato and Mary Campbell will not seek reelection, the two announced at the Tuesday, July 26 council meeting. Councilman Raymond Jackson, whose term also expires in November, said Wednesday, he is “close to deciding” if he will seek reelection. 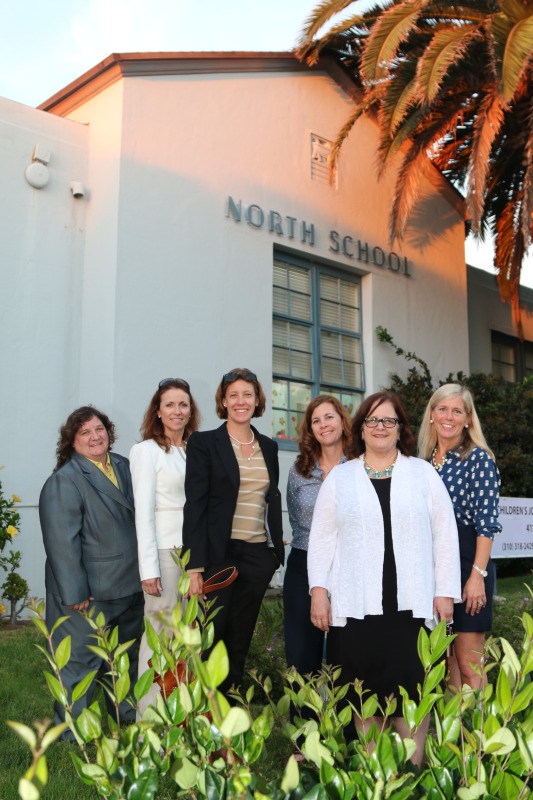 Hermosa Beach Councilwoman Mary Campbell has decided not to seek another council term. Prior to being elected to city council, she served on the Hermosa School Board during the contentious fight to build a new North School. Above, (second from left) she is joined at the old North School in 2014 by then Hermosa Beach School Superintendent Pat Escalante (foreground), and school board members Lisa Claypoole, Maggie Bove-Lemonica. Carlene Beste and Patty Ackerman. Photo by Kevin Cody

But the November 8 ballot is already crowded. Eleven candidates have requested nomination papers from the city clerk. In addition, Tuesday night, the council moved forward with ballot measures that would create a three-quarter percent local sales tax, a cannabis tax of up to 10 percent, and the repeal of the city’s 62-year-old civil service  ordinance.

The vote to add a three-quarter percent “general transaction and use tax” (TUT) to the current 9.5 percent State, and County sales taxes, followed a lengthy presentation by City Manager Suja Lowenthal about contemplated capital improvement costs. Among them are $2.3 million for pier improvements, scheduled for this year; $20 million for the city yard; $2 million for a beach evacuation system; $10 million to upgrade the community theater to a regional theater; and $50 million to $100 million for Civic Center improvements.

Following the city manager’s presentation, Mayor Mike Detoy calculated the pending project costs to be in the $150 million to $200 million range.

City finance director Viki Copeland told the council the city’s consultant estimated 60 percent of the proposed three-quarter percent sales tax would be paid by residents and 40 percent by visitors. Revenue from the sales tax is estimated at $3 million annually.

In a survey the city conducted in March, 57 percent of residents said they would support a three-quarter percent sales tax increase. Passage will require approval by 50  percent of voters, plus one.

The council vote to put the sales tax measure on the ballot was unanimous.

The vote to put a cannabis tax measure, with a 10 percent cap, on the ballot passed four to one. Mayor Mike Detoy cast the dissenting vote, citing his previously expressed objections to the tax.

“A council tax measure would suggest merit in the cannabis industry initiative. I don’t think the city should get in the cannabis business to make money. If we need money, we can make it other ways,” Detoy said during a May council meeting.

The city staff report did not project city revenue should the cannabis initiative pass. But a City of Redondo staff report issued last week, estimates a single cannabis store could contribute $500,000 to $1 million a year to the general fund. Last week, Redondo’s council voted to allow two cannabis retailers to open in the city. They will be subject to a five percent franchise tax on gross revenue.

Manhattan Beach, which also has a cannabis initiative on the Nov. 8 ballot, decided Tuesday night not to put a cannabis tax measure on the ballot. (See related story, page 10).

“We have a 14 percent Transient Occupancy Tax (bed tax). And that hasn’t deterred hotel occupancy,” Armato said in response to concerns a 15 percent tax would put Hermosa cannabis retailers at a competitive disadvantage with cannabis retailers in neighboring cities.

‘I’m okay with a tax that might discentivise certain actors, the one’s pushing the cannabis initiative,’ Jackson said in defending a 15 percent tax cap. “Why handcuff ourselves?” he asked before noting the council could reduce the tax rate to below the cap, but not increase it above the cap.

City manager Lowenthal responded to Jackson by stating, “Voters tend to look at the max as the rate you intend to set. Nuances are not recognized by voters.”

The cannabis initiatives that qualified for the Hermosa, Manhattan and Redondo ballots do not not provide for a local cannabis tax.

City attorney Michael Jenkins noted that if the Hermosa’s cannabis tax measure fails in November, the next opportunity to ask voters to approve a cannabis tax would be 2024 because general tax measures may only be placed on ballots during council election years.

“I’m not supportive of a poison pill tax measure that gives us the ability to impose a punitive tax, contrary to the wishes of voters,” Massey said.

Because four council votes are required to put a tax measure on the ballot Armato and Jackson “grudgingly” supported Massey’s motion to put a cannabis tax with a 10 percent cap on the Nov. 8 ballot

— Police Chief Paul LeBaron invited residents to participate in the National Night Out on Tuesday Aug. 2. Residents will be encouraged to meet their neighbors. Police and city staff will circulate through town

— COVID-19 health experts will host a clinic Thursday, Aug 4, from 3 to 5 p.m. at the Clark Building, 861 Valley Dr. Vaccines and boosters will be offered. Residents should register on the city web site, HermosaBeach.gov., and bring their vaccination cards.

— 26th Street, between Morningside Drive and Manhattan Avenue will be converted to one way, going west. The work is scheduled for early August and is expected to take three days.

— CERT training (Community Emergency Response Team) resumes in September for the first time since the start of the pandemic. For details visit HermosaBeach.gov.