Hermosa Beach’s Cypress district may get reprieve for hosting events 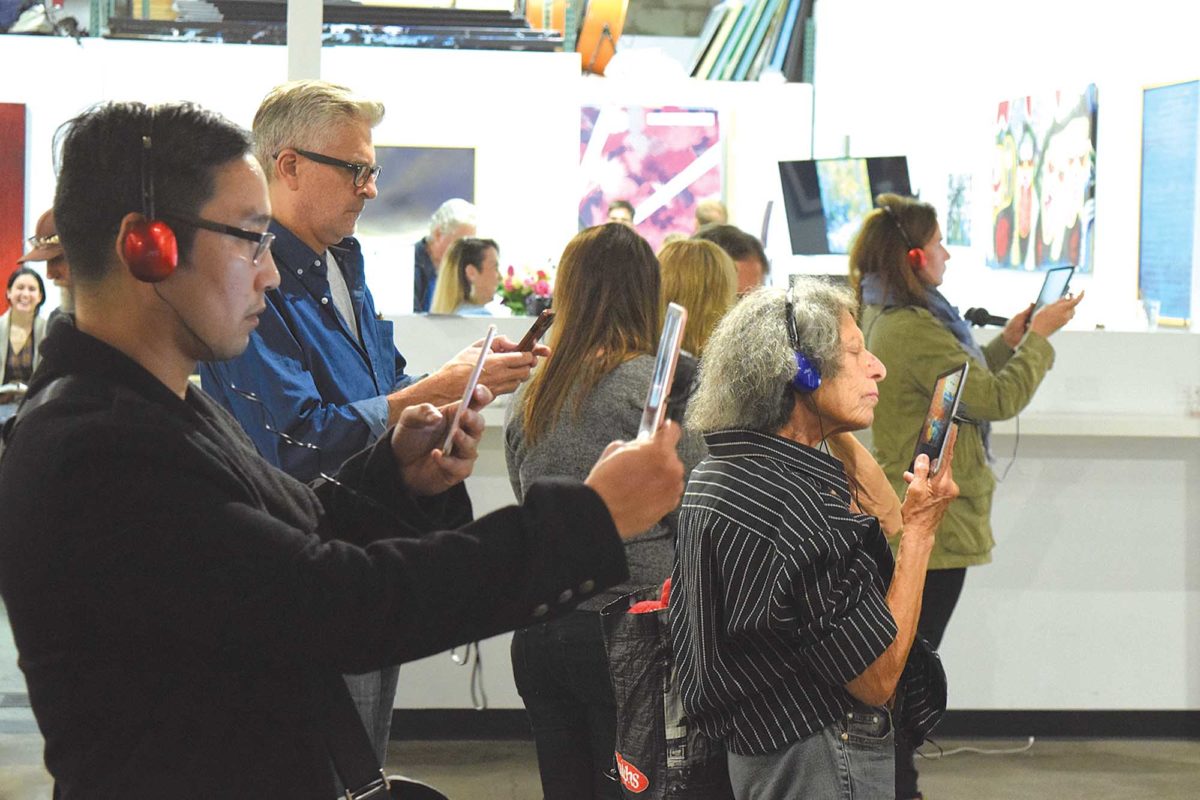 Hermosa’s light-manufacturing district, which in recent years has seen a pair of art galleries open whose events drew increasing numbers of people to the area, may soon be the subject of temporary zoning updates that could clear up confusion about the kind of events they are able to hold.

The City Council unanimously approved a resolution to ask the Planning Commission to study possibilities for the district at its meeting last week. The vote is the first step in what city staff acknowledged is likely to be a long process, already underway, of harmonizing the zoning code with the vision for the area announced in PLAN Hermosa, the city’s updated General Plan.

Hermosa approved its General Plan updates in 2017, but staff have previously said that updates to the zoning code would be a multi-year process. Last week’s vote means that the city’s planning commission will, at a future meeting, study possible temporary zoning ordinances addressing the Cypress area specifically. The timetable remains uncertain, but the issue is unlikely to return before the commission’s September meeting, and at least one additional meeting would be needed before holding a public hearing on possible code changes.

“This is by no means the zoning code overview that this district deserves, but that will take time, thought and effort, and stakeholder input,” said Community Development Director Ken Robertson.

Over the last year, two galleries on Cypress Avenue, Shockboxx and Resin, have been cited for holding unpermitted events. (Shockboxx was also cited for operating without a business license and having a sign out of conformance with city standards.) The citations chilled the social energy that had been circulating in the area, where openings had been drawing large crowds that sometimes spilled into driveways and streets, munching on food truck goodies and, sometimes, consuming alcohol.

These events were widely attended, including by members of the City Council, but became considerably mellower after Shockboxx received its citation in November. At the time, the city had just been served with a lawsuit by the owners of CrossFit Horsepower, a gym on the other side of Cypress that had been the target of nuisance proceedings against the city. The suit alleged, among other things, that the galleries had benefited from preferential treatment from the council; Mike Collins, co-owner of Shockboxx, is married to Mary Campbell, who was elected to the council about six months after the gallery opened. (Horsepower closed its doors in May, but the suit remains ongoing.)

The council’s vote last week provided added ammunition for these charges. Collins appeared at the previous council meeting after submitting a letter to the council on July 2, signed also by four other tenants and a landlord in the area, asking the council to consider “as soon as possible” amendments to the zoning code. When the item reappeared on the agenda for the July 23 meeting, Jed Sanford, one of the owners of Horsepower, said in a letter to the council that considering the zone text amendment embodied the city’s “unequal application of laws, political favoritism accorded certain businesses, an intentional lack of transparency by city officials.”

City Attorney Michael Jenkins, in a rare public response to a submitted letter, described Sanford’s letter as a ploy to influence the litigation against the city, and said that, under state law, city councils are clearly allowed to consider items involving the spouse of a councilmember, so long as the councilmember-spouse recused him- or herself from related votes, as Campbell has.

“A councilmember’s spouse is allowed to run a business, allowed to apply for a zoning code amendment, allowed to earn a living,” Jenkins said.

Considering instances in council meetings over the past few years at which an unagendized issue is brought up in a letter or at public comment, it is unusual for an item dealing with that issue to appear on the subsequent agenda. And Cypress district zoning amendments did not specifically appear in previous meeting agendas in the “tentative future agenda items” section. But councilmembers pointed out that the issue had long been on the city’s radar. Councilmember Jeff Duclos had been speaking about the need to modernize the city’s approach to the area more than two years before the passage of PLAN Hermosa.

“The intent always was there for that statute to allow that district to change. The concept of fostering creative activity has always been a foundational point. We have had some administrative issues that have made it difficult to implement,” Duclos said at last week’s meeting.

While the vote is a victory for some Cypress tenants, it also leads to questions about the city’s approach to code enforcement that have significant implications for the district, whose creative production has long benefitted from a kind of benign neglect. Collins hoped that the Planning Commission will dig into knottier questions, such as what constitutes an “event” as opposed to the normal course of business.

“There are things happening there that are widely celebrated, never complained about, and that the entire community is down there enjoying,” Collins said.

more from spybase - 23 hours ago