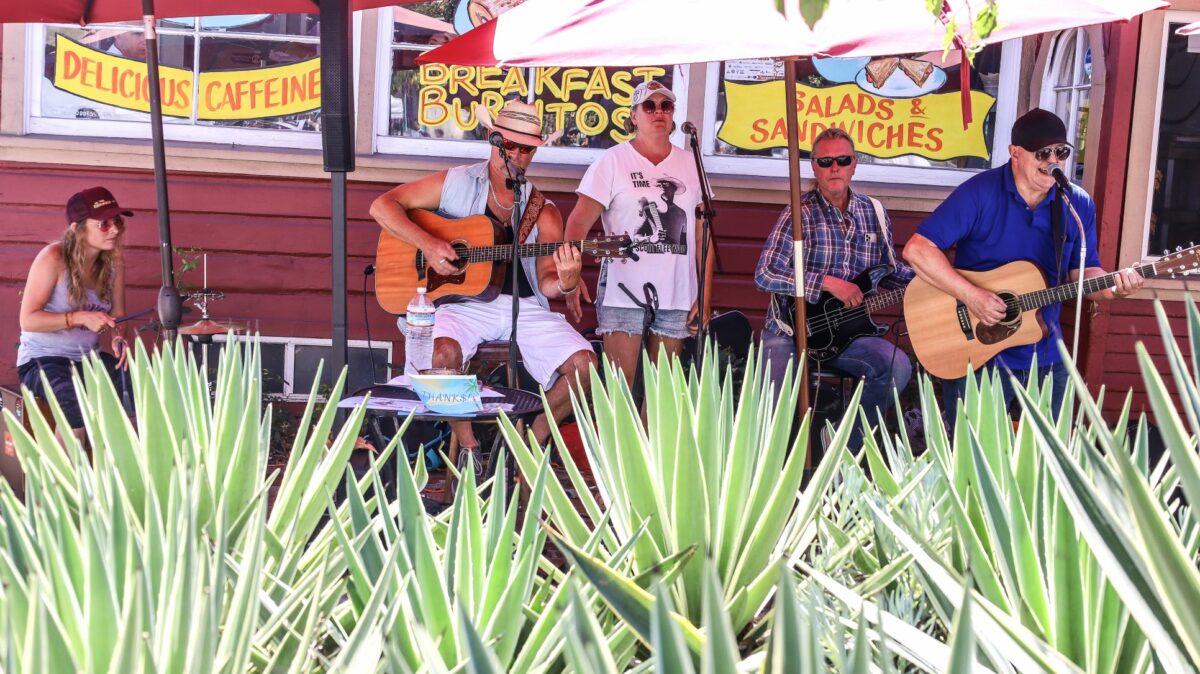 Since 1972, when the Hermosa Beach Chamber of Commerce took over the downtown Hermosa Arts and Crafts Fair, founded by the Colony Craftsmen, what is now known as Fiesta Hermosa has been a victim of its own success.

But the Memorial Day and Labor Day weekend fairs have also become a treasured tradition among artists and craftspersons, and the upwards of 100,000 attendees.

The Fiestas also account for the majority of the chamber’s annual revenue. That fact has made talk of canceling the fiestas a ‘third rail’ in Hermosa politics, until last month.

In October, the chamber itself raised the prospect of canceling the Labor Day weekend fiesta.

An email to the chamber’s 460 members from Chamber President Jessica Accamando announced an October 20 Zoom meeting to discuss the fiestas. The subject line read, “Two fiestas or one?”

In a subsequent email to members, she wrote, “The chamber is exploring options of an alternative, new fall event…. Since 2016, the Labor Day weekend fiesta has netted 50 percent less income than the Memorial Day weekend fiesta.” 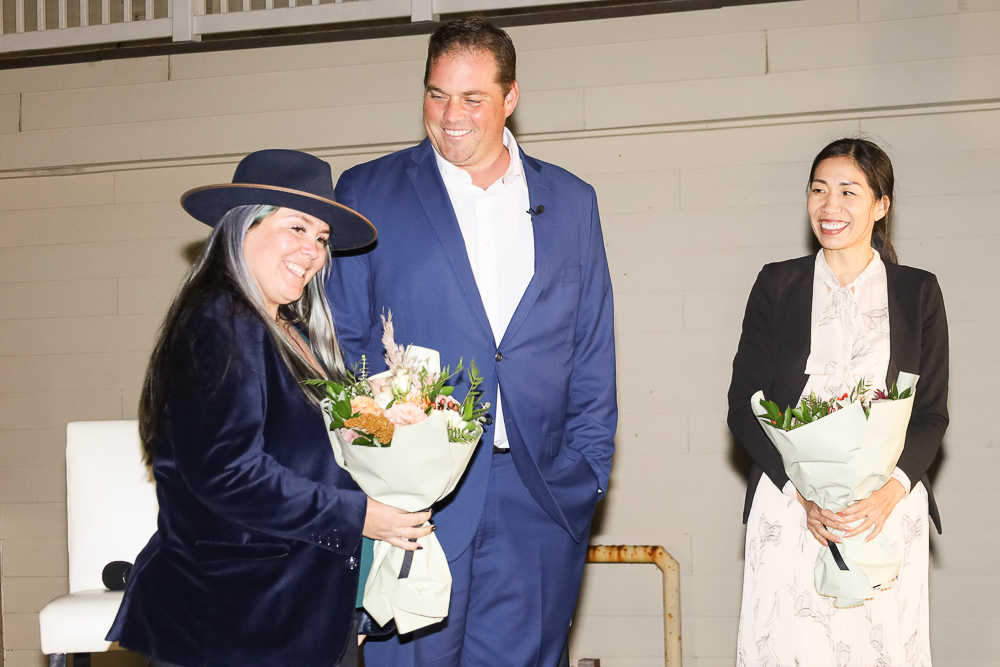 Mayor Mike Detoy thanks Hermosa Beach Chamber President Jessie Accamando and Assistant City Manager Ann Yang for coordinating the State of the City Address last month. This month the city council is expected to approve a contract with the chamber to coordinate upcoming civic events. Photo by Kevin Cody

In an interview this week, Accamando said attendance at last summer’s Memorial Day fiesta was the highest in years, which she attributed to post COVID exuberance. But the Labor Day weekend fiesta had significantly lower attendance, which she attributed to the heat, which prompted the city to open a cooling area at city hall. But she also noted that Labor Day weekend fiestas have historically had lower attendance because families are  preparing for school reopenings.

During the October 20 Zoom meeting, Kathy Knoll, owner of Uncorked Wine, said, “I would urge everyone to keep an open mind.” But she added, “I’m leaning toward making a change, to help us more in October or the winter months.”

“The two fiesta weekends are some of the slowest weekends of the year… I’ve been talking to customers for 14 years who leave town every holiday weekend because they don’t want to deal with it.”

“We had the highest Memorial Day weekend sales in our 14 years during the height of the pandemic, when there was no fiesta,” Ford added.

Ford said her downtown Manhattan Beach store suffers a similar slump in sales during Manhattan’s street closing events, such as the Pumpkin Race and the holiday fireworks show. “The fireworks are one of Manhattan’s most cherished community events. But we have to close at two p.m., which is devastating for a retailer on a Sunday in December,” Ford said.

Supporters of the two fairs also spoke up at the Zoom meeting. “This is a 50-year tradition that I don’t want to lose because we haven’t done due diligence, and talked to the community,” said one participant, whose concern for tradition was echoed by many others.

This week, the chamber board is scheduled to review the results of two surveys on whether or not to replace the Labor Day weekend fiesta with a smaller event later in the year. One of the surveys was directed toward residents, and the other toward businesses.

“The decision will be based on what most benefits businesses, and what brings the most fun to the community,” Accamando said.

The city council is expected to discuss its chamber contract regarding the fiestas and other chamber events at its Tuesday, November 29 meeting.

Accamando said the chamber will decide whether or not to continue the Labor Day Weekend Fiesta, or possibly replace it with a fall event, by the end of December. ER