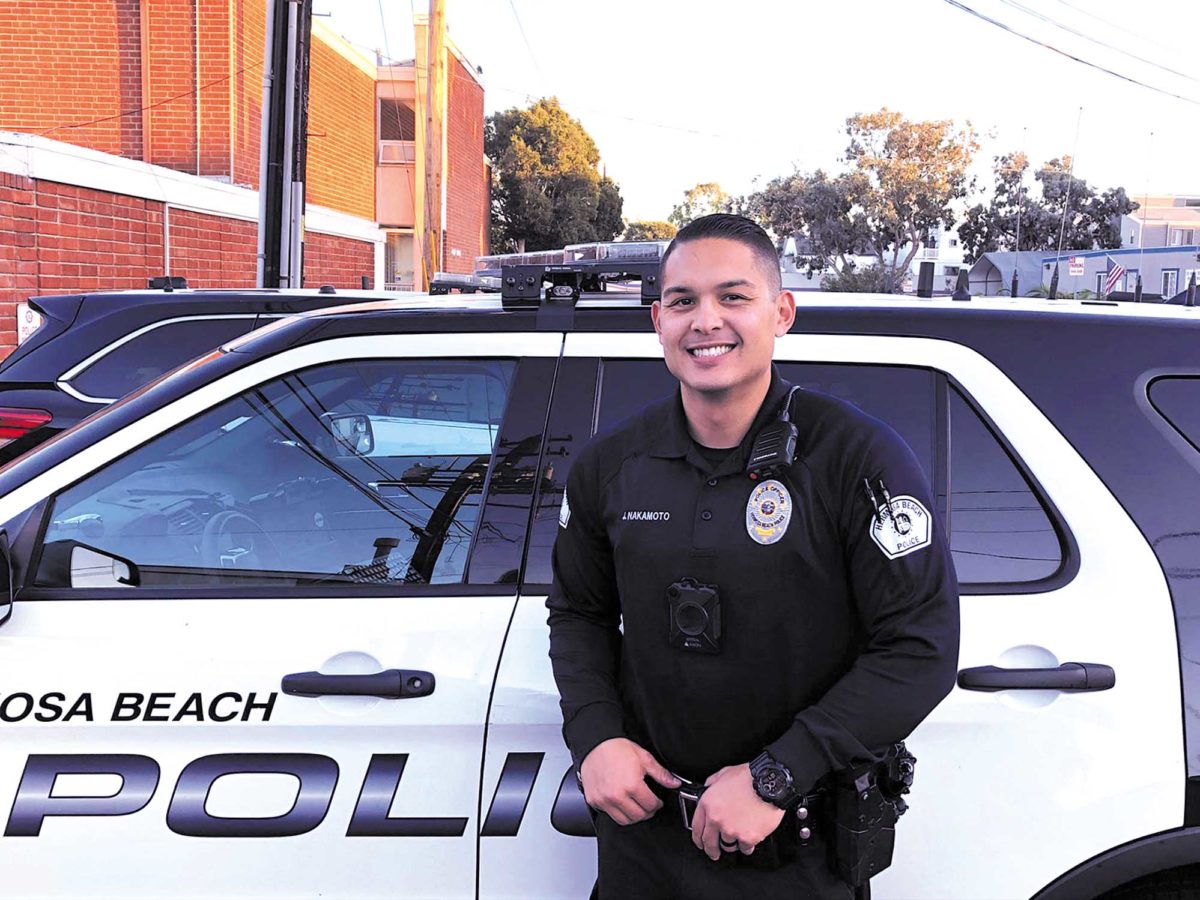 Two officers left the Hermosa Beach Police Department for other agencies last month, amid what officers and city officials describe as ongoing challenges to recruit and retain officers in the small department.

HBPD officers Kristoffer Eszlinger and Joshua Nakamoto finished their service with the department in the last weeks of September. Their exit leaves Hermosa further below what it considers to be full department staffing of 38. Bryan Smyth, who has worked as a sergeant with the department and is the vice president of the Hermosa Beach Police Officers Association, said that, along with officers out due to injury or illness and the recent retirement of former Chief Sharon Papa, the “best case scenario” is a staffing level of “29 or 30 officers for the next few months.” Smyth said two other officers are also exploring positions at other departments.

Smyth blamed the staffing shortages on what he described as the relatively low pay and limited opportunities of the Hermosa department.

“We have a tough time recruiting officers, and a hard time retaining them. Once we recruit and train them, they lift their heads up. look around and say, ‘Hey, I can make 20 to 25 percent more doing this somewhere else. And I’ll have the opportunity to do something other than patrol,’” Smyth said.

City Manager Suja Lowenthal acknowledged the difficulty, but was confident that the city would be able to address staffing issues.

“As a small agency, there are not the same opportunities for advancement as there would be with larger cities with larger police departments. Recruiting and retention of police officers is a challenge, but the police department is working to improve opportunities, and we are fortunate to have some great men and women on the force. We are actively recruiting new officers,” Lowenthal said in a statement in response to a reporter’s questions.

Nakamoto concluded his run with the department Sept. 19. According to the officers association, Nakamoto worked in DUI enforcement and homeless outreach. Nakamoto received a Medal of Valor Award this year from the South Bay Police and Fire Memorial Foundation for his life saving efforts: In September 2018, Nakamoto was one of three officers who helped save the life of a 75-year-old Hermosa man who had stopped breathing.

Eszlinger’s last week of work for department ended Sept. 25. According to a Facebook post from the police officer’s association, Eszlinger worked on compliance and enforcement in the department’s efforts with the Department of Alcoholic Beverage Control, and on the DUI Task Force. He also worked in community outreach at city schools. In May, he received a Medal of Valor Award from the South Bay Police and Fire Memorial Foundation for performing CPR on an elderly man who had fallen off a ladder in October 2018; the victim later died at a hospital, but Eszlinger’s actions were credited with helping the man stay conscious long enough to bid goodbye to his family.

The association’s post on Eszlinger generated comments expressing concern about staffing, including some from current or former officers. Eric Cahalan, a sergeant with the Hermosa department, wished Eszlinger well, then wrote, “Hopefully we don’t lose any more.” A.J. Parente, who retired from the department in 2012, wrote “Hermosa Beach needs to figure out WHY police officers are leaving! I’ve never seen anything like this! It’s truly a good city to work! Hope they figure it out!”

The departure of the officers has also become a campaign season issue, with each of the candidates offering their own take at last week’s City Council candidate debate.

“Just last week, we lost two police officers to other agencies, and they’re leaving for better opportunity and pay,” said candidate Michel Detoy who, as part of his job as a firefighter with the city of Riverside, helps manage a public employee retirement benefits fund.

Trent Larson took the hardest line, linking the departure of the officers to the decision, in approving the fiscal year budget, to create a deputy city manager position, implying that the council was sacrificing public safety in order to add less valuable administrative positions. At one point, Larson said, “If they really wanted to keep those police officers, they could do it.”

However, as incumbent Justin Massey pointed out, the salaries for officers are set through negotiations with salary groups, and based on decisions made before Eszlinger and Nakamoto joined the department. Smyth said that, even if the city had been inclined to offer more money to the two officers to dissuade them from leaving, it would not be permitted to do so under the bargaining process.

Smyth agreed with Lowenthal that Hermosa faced inherent difficulties associated with its small size. Officers wanting to learn new skills or specialize in particular aspects of law enforcement will be limited, a challenge that would be present regardless of how the department was managed. 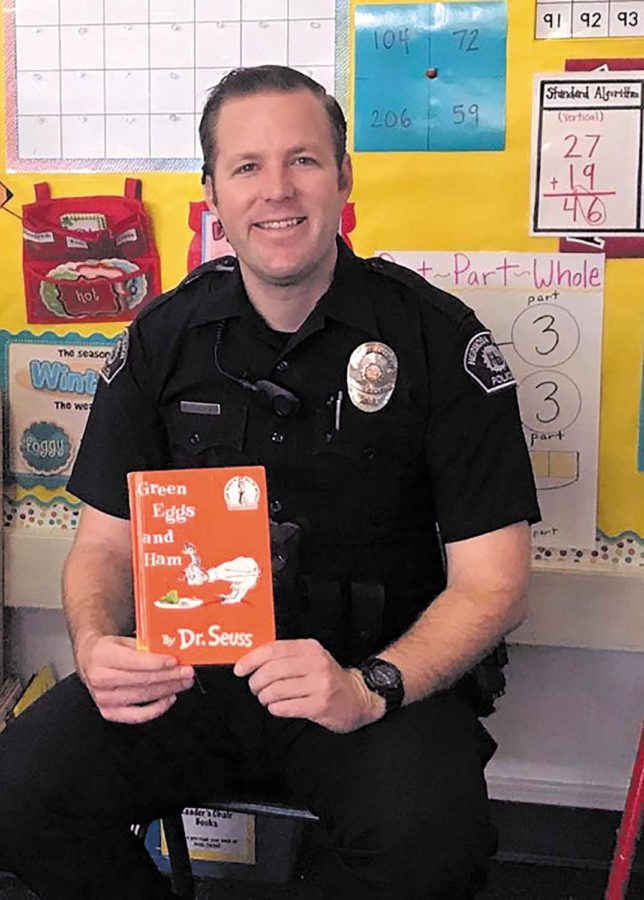 But he also said that the existing wage structure for police officers left the department at a disadvantage.

“Officers are leaving because they recognize that they could be making significantly more money by going 1 mile or 3 miles north,” Smyth said. “It’s making it harder to recruit new officers, because we’re not competitive with pay.”

The contract for police officers expired July 1. The council has been in the process of negotiating with the Hermosa Beach Police Officers’ Association, including most recently in a closed session held Oct. 2. (Although counted in total numbers of sworn officers, higher-ranking positions in the department, such as captain and lieutenant, are represented by a separate bargaining unit, which is also in negotiations with the council.)

“Negotiations are ongoing. We do compare ourselves to 18 cities when comparing salaries and compensation,” Lowenthal said of the bargaining process.

It is not clear how much Eszlinger or Nakamoto earned in 2018, their only full year with the department. The city did not respond to questions about their salaries, overtime and benefits last year. And unlike other cities in the South Bay, 2018 data for Hermosa Beach is not yet available on Transparent California, a website that catalogs the earnings of public employees in the state.

It is difficult, however, to make exact comparisons about compensation across jurisdictions. Particularly for public safety employees, compensation contains multiple components, and the share of the total cost of an employee that salary represents can vary considerably both within and among cities. Last year, one officer in Hermosa, along with “regular pay” of $83,636, also earned $47,546 in overtime, $5,395 in “lump-sum” pay, and $28,686 in “other pay.” Along with $46,882 in benefits, the city spent more than $213,000 on the officer last year. Also in 2018, a police officer in Manhattan, with a base salary of $107,477 earned more than $320,000 in wages and benefits.

The effect of reduced staffing on public safety is difficult to determine. Smyth said that, given current staffing levels, on a typical day there are two patrol officers and a watch commander on duty. If the two patrol officers coincidentally get tied up for an extended period, the city is vulnerable, he said.

However, police department brass have also touted crime declines, particularly on Pier Plaza, over the last five years, a period that coincided with staffing shortages. Massey in particular focused on what he characterized as improvement, some of which he said came as a result of policies, such as enhanced lighting, that don’t require adding more bodies. And he brought up the reality that the city’s budget, which like other municipalities is already dominated by employee salaries, is not infinite.

“We’re not at full staffing as we sit here today. But you can’t just throw money at the problem. It’s not as simple as that. You have to look at the market, what the compensation is for police officers, what we can afford, with respect to not only that bargaining unit, but other bargaining units in the city,” he said.

Regardless of the source of the recruitment difficulties, they are unlikely to be alleviated any time soon. Smyth said that, along with the existing shortfall, the current composition of the department means that more exits are looming.