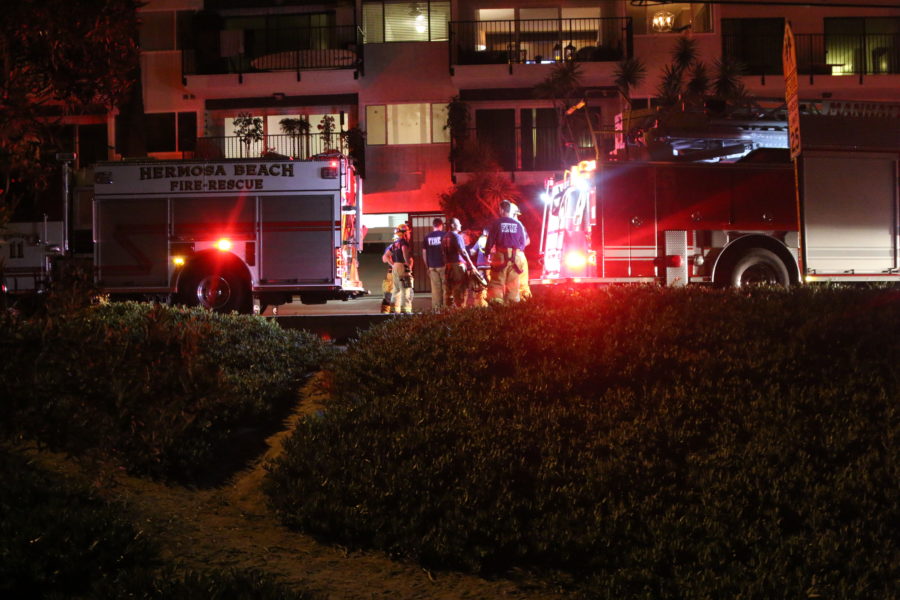 Multiple engines responded to a small fire at a large apartment complex Monday night as firefighters were able to contain the blaze and prevent any injuries.

The Hermosa Beach Fire Department received multiple reports of smoke at the Apple Tree Apartments at 1720 Ardmore Ave about 9 p.m. Monday night, said Capt. Mike Garofano. Hermosa firefighters responded, along with units from the Manhattan Beach and Redondo Beach departments, and a portion of Ardmore was briefly closed to traffic.

The large response was triggered by the density of the threatened structure, Garofano said.

“Those buildings being the way they are, I’d hate to see an active fire take off,” he said.

Once there, firefighters discovered and knocked down a small blaze to the boilers connected to the unit’s jacuzzi and pool, Garofano said. Most of the smoke went through the unit’s flume, and damage to the building was likely less than $5,000.

An employee at Swedish Pro-Tech, Inc. at intersection of PCH and 21st street discovered the body of owner Håkan Wieberg and phoned police about 8 a.m. last Wednesday, said Sgt. Robert Higgins of the Hermosa Beach Police Department. Police responded, and Wieberg was pronounced dead at the scene.

No note was found at the scene, but the circumstances under which the body was discovered lead police to suspect suicide, Higgins said. Police are not actively investigating the death, but official determination of cause is still pending from the coroner.