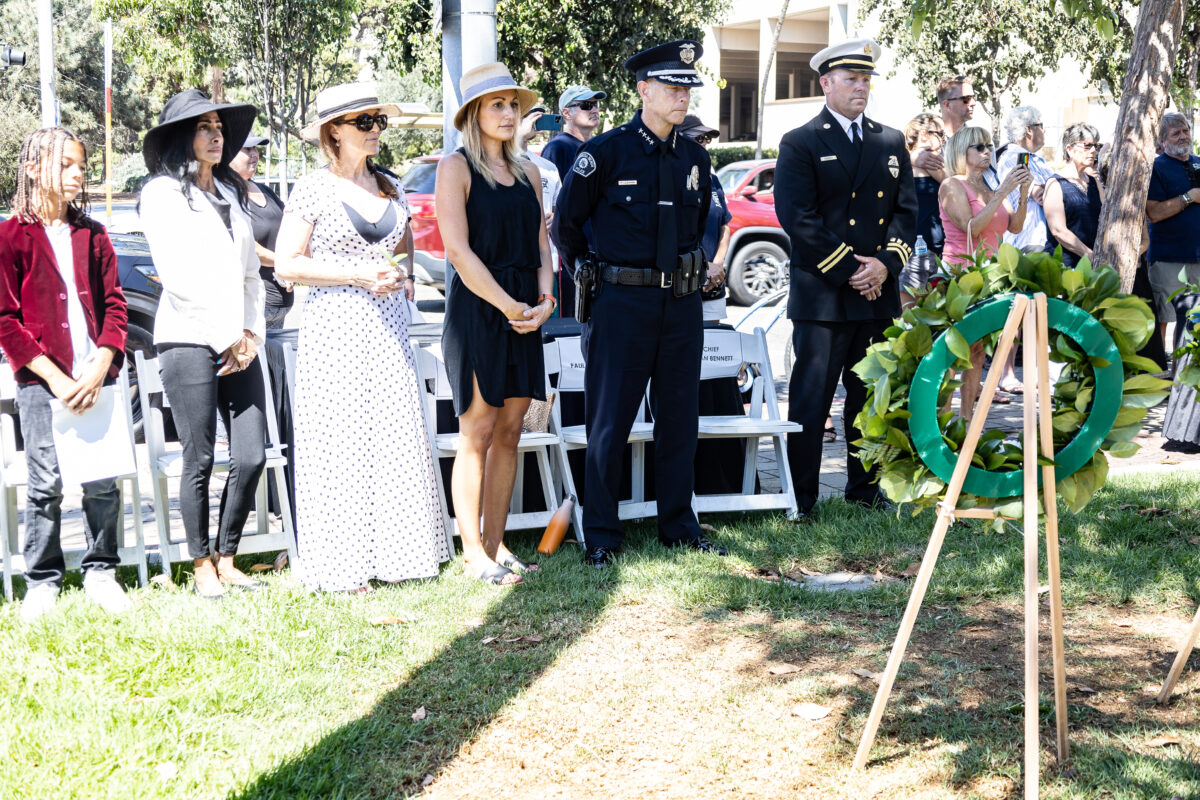 “In the Jewish tradition,” Rabbi Joshua Kalev observed during Hermosa Beach’s annual September 11 memorial wreath laying ceremony, “a glass is broken during the wedding ceremony. The broken glass symbolizes that even in times of celebrations, there will be tragedies that the wedding couple must bravely cross.”

The Congregation Tikvat Jacob rabbi compared the broken glass to the September 11 tragedy, which, he said, “Americans must cross with courage, and with love for our common humanity.”

“In response, Americans came together. In honor of those who died, we need to come together again, as Americans,” Muratsuchi said.

“I arrived to a vast sea of twisted steel, much of it too hot to touch with a bare hand,’ he recalled during Sunday’s memorial. “I remember so much paper everywhere, all of it important at one time, but not anymore. I remember big, tough New York firefighters and cops, hugging each other crying, unable to believe that they were alive, and unable to believe that so many others were not.”

“We took with us a specialized extrication tool that had been designed by John Wenckus an aerospace engineer [from Torrance] who, in a twist of fate, happened to be on American Flight 11, which crashed into the North Tower.”

“Those entering college now don’t have an independent recollection of 9/11. So it is up to the older generations to remember, and explain. Memorials like this help create a healing space to do so, and as the plaque in front of this memorial suggests, ‘Have our voices unite in a song of freedom.’”

“For firefighters and police officers, there is an additional layer of meaning. Memorials like this remind us of our oath to protect and serve, and to do so with courage and honor.”