Hermosa Beach’s Tattu was model for the California Beach lifestyle 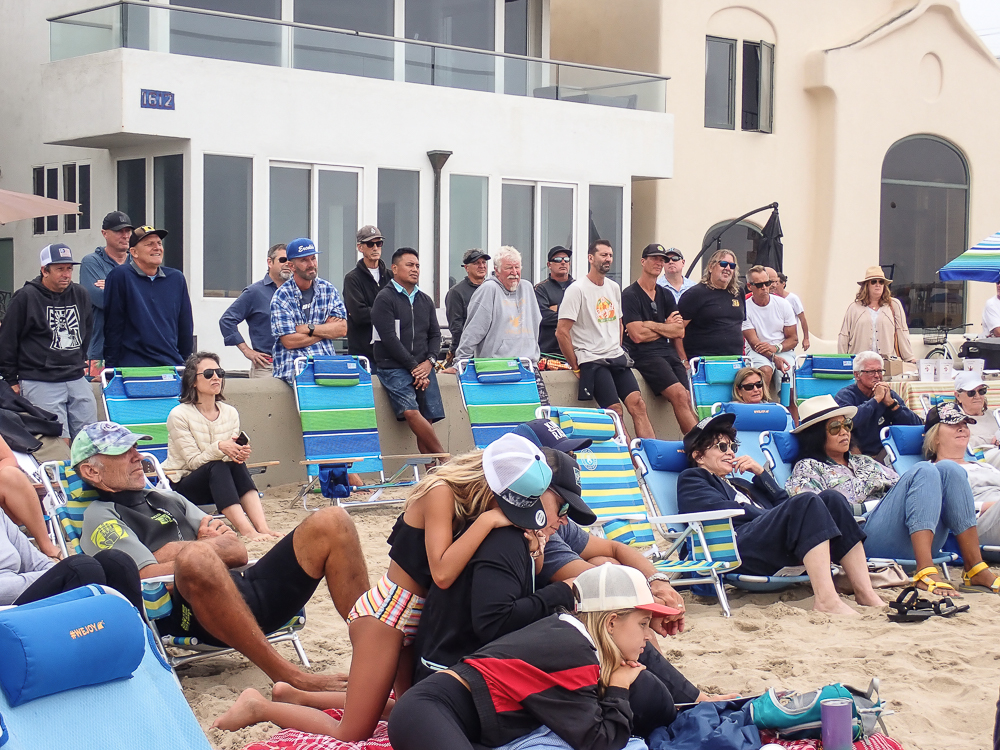 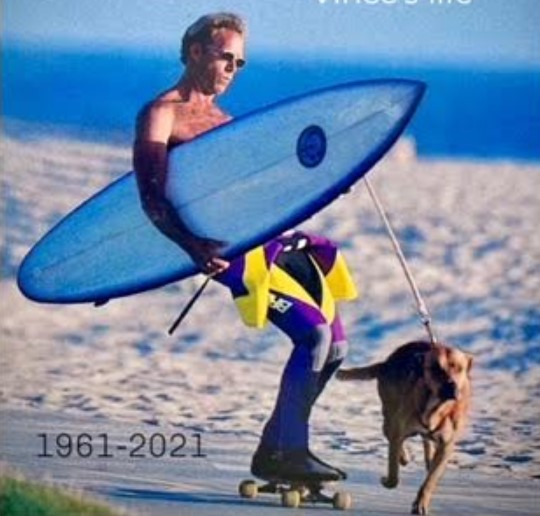 Vinnie Tattu modeling for a Newsweek magazine story about California Beach Culture in the late 70s. Photo courtesy of the Tattu family. Photos by Kevin Cody

In a 1970s Newsweek photo accompanying an article about California beach culture, a teenage Vinnie Tattu skateboards on The Strand, wearing sunglasses, and a purple and yellow wetsuit, carrying a surfboard, and being towed by his dog

Tattu was a model, but he was playing himself in the Newsweek photo. He grew up on 16th Street, ground zero for the California beach culture. 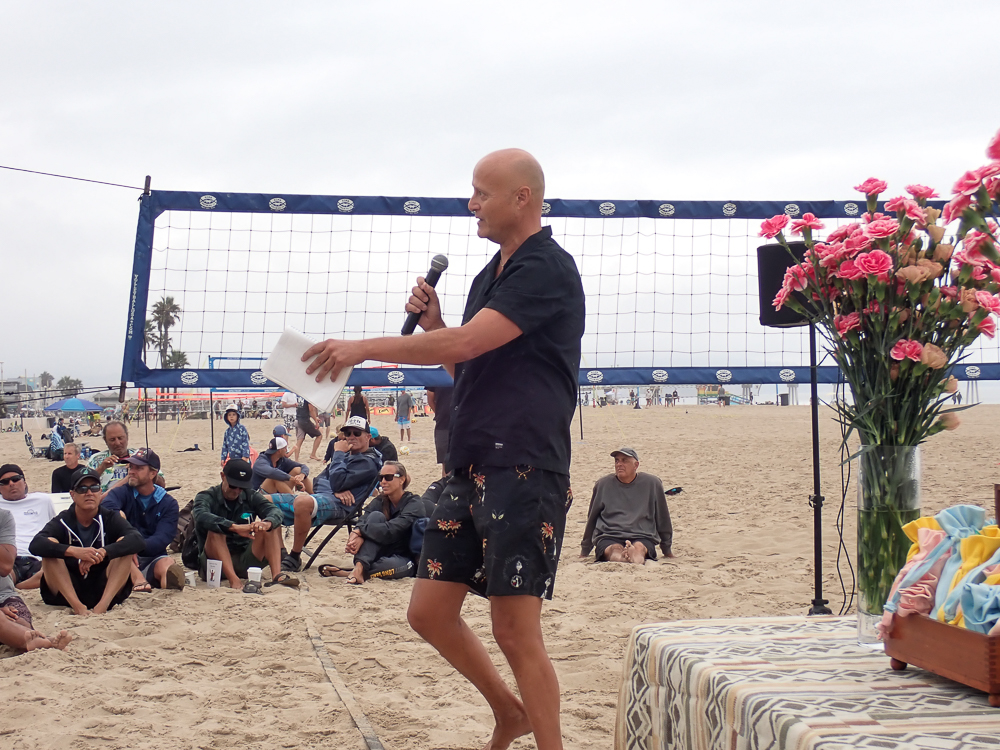 “He skated, surfed and played volleyball. Except for modeling and working as a waiter at La Playita and Charthouse, I don’t think he ever had a regular job,” Vinnie’s brother Tim said Saturday, at the 16th Street volleyball courts, prior to a paddleout in his brother’s memory. 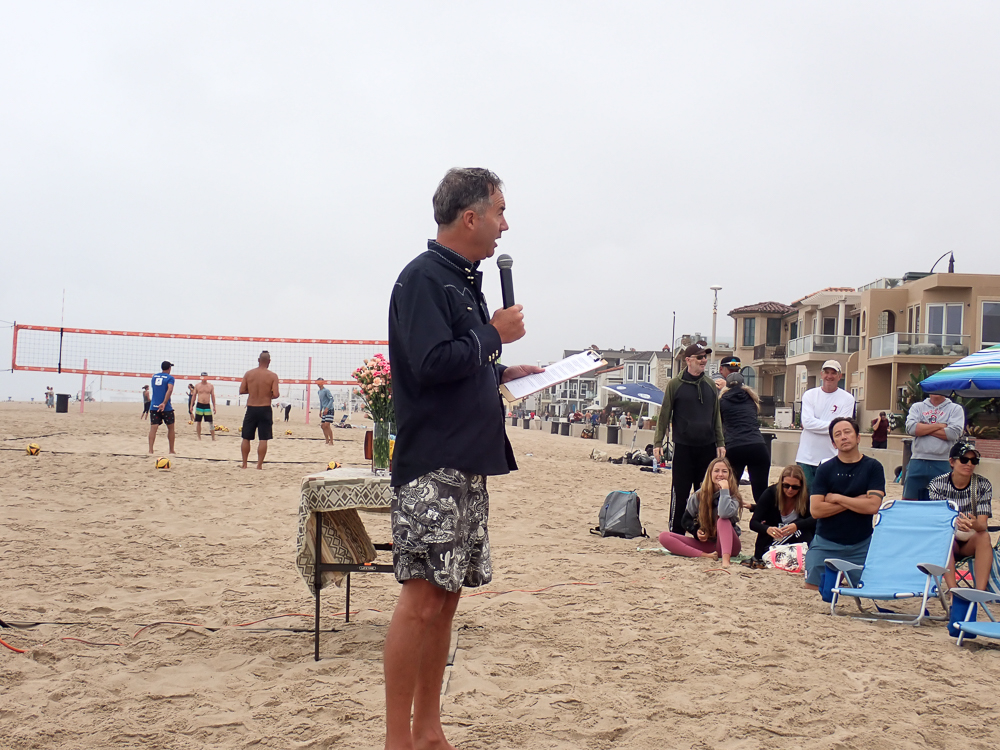 “Tim was the heart and soul of 16th Street,” recalled Steve Napolitano, who played volleyball with Tattu for four decades.

“He had a passion for volleyball and for life. We can’t ignore how his suicide contradicts this, how it contridicts how fierce a competitor he was on the courts. But we are here to celebrate how he lived, not how he died,” Napolitano said.

Napolitano suggested an explanation for the contradiction.

“Vinnie used to say, ‘I’ve got to be me.’ Then pain and injuries prevented him from being whom he had always been,” 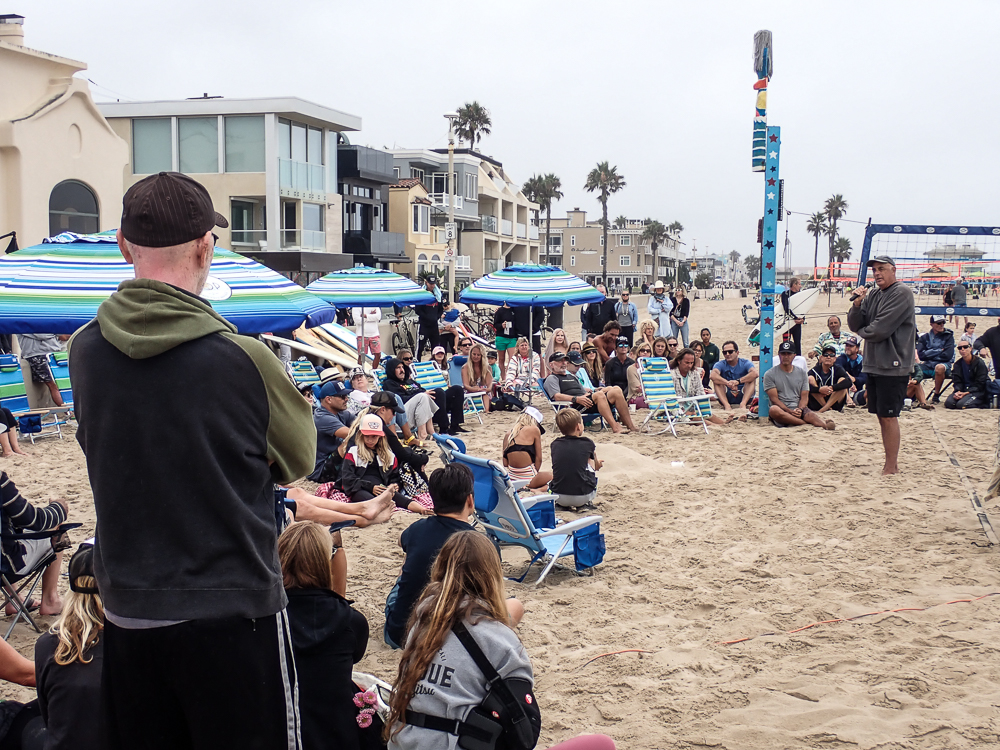 Three years ago Tattu injured his knee, putting an end to his volleyball, surfing and skating. He quit drinking years ago. But pain pills sent him into a downwards spiral, physically and mentally.

Dan Innskeep, a 16th street neighbor, drove him to a rehab center in Arizona. He came back healthy, except for the pain in his knee, which drove him back to painkillers.

For years, Tattu was one of the 16th Street sunset watchers who would gather at the Strand wall every evening.

Neighbor Laurie Del Gado said at the memorial, that toward the end, Tattuu began calling her to ask about the sunsets because he could no longer leave his 16th Street house, a few doors from the Strand. 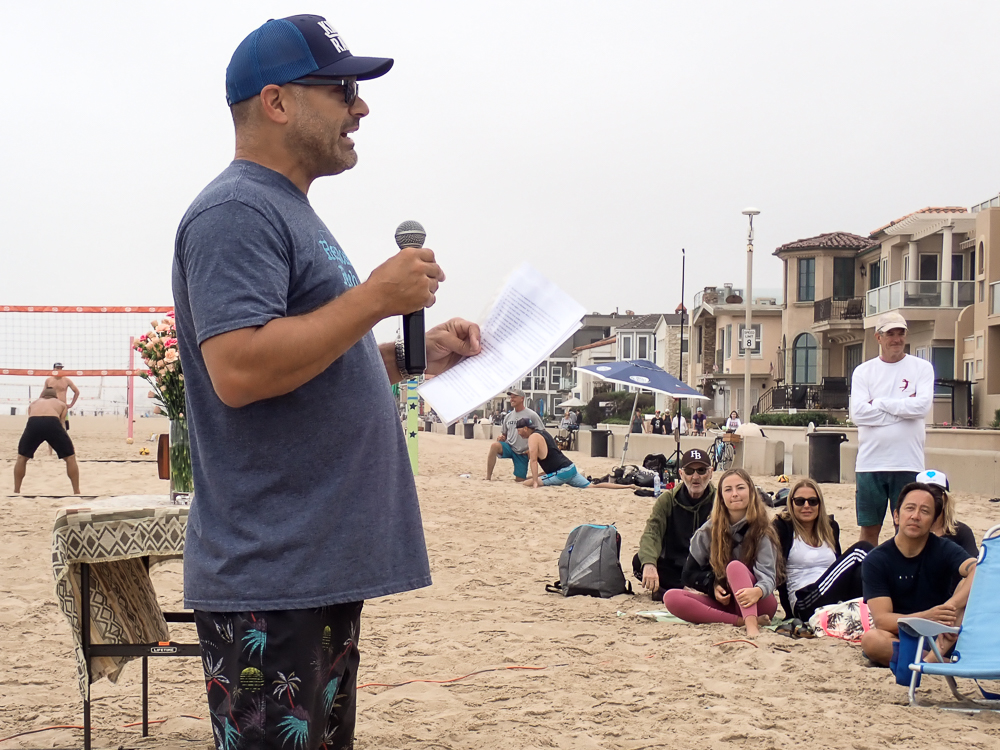 Mike Ferris met Tattu when he moved to Hermosa from New Jersey in 1994. Ferris was a teacher. Both of his parents were also teachers, as were Tattu’s, a fact that led to their friendship.

At the memorial, Ferris noted that the AVP Manhattan Beach Open was taking place that day, and it reminded him of times he tried to get Tattu to go with him to the tournament.

“Vinnie wouldn’t go. He’d say ‘Why do I want to watch some other guys chasing their dreams when I can be chasing mine.’”  ER