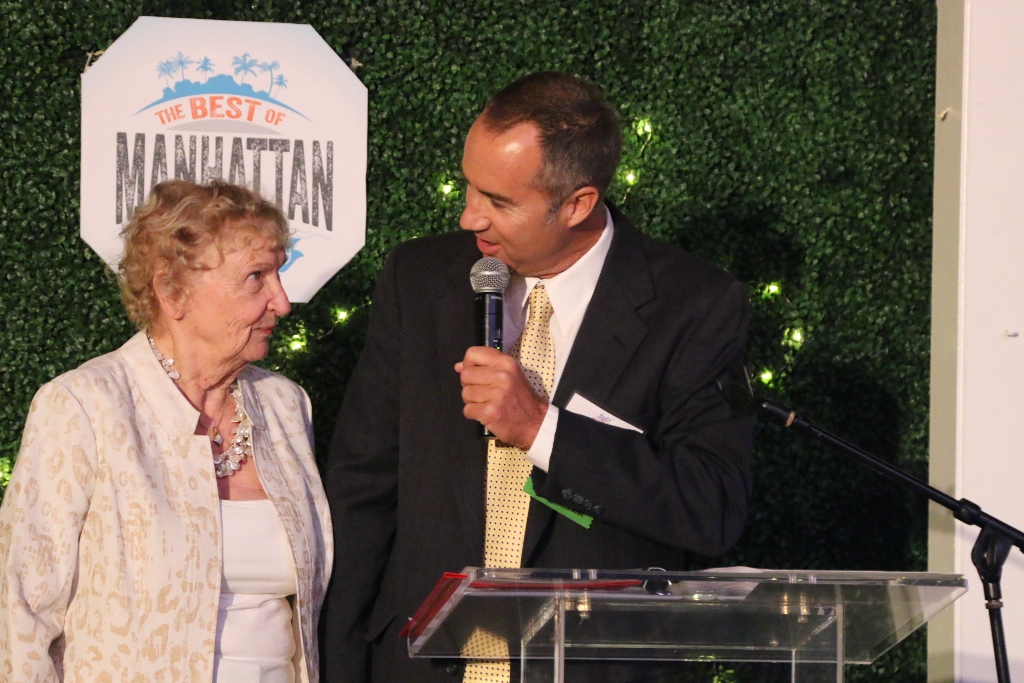 Napolitano’s advice came during his presentation of the Bob Meistrell Local Legend award to the city’s unofficial historian. In 1978, while serving on the city council and as chairperson of the city’s 75th Anniversary, Dennis told her colleagues someone should write a history of the city. They suggested she do it.

Since then, Dennis has written eight books, beginning with “A Walk Beside the Sea,” published in 1978. The books that followed cover the city’s architecture, police department, badminton club and most recently Manhattan Beach women. She is currently working on the history of Sepulveda Boulevard.

“Live in the present. Learn from the past,” Dennis told the attendees.

The All Around Best of Manhattan award was presented to Skechers. This year is the 25th anniversary of its founding in a Manhattan Beach garage. Today it has sales worldwide of over $3.5 billion.

Skechers is almost certainly Manhattan Beach’s most generous philanthropic business. Over the past eight years, the Skechers Friendship walk has raised over $8 million for local education foundations and the Friendship Foundation, which provides peer mentoring and socialization for developmentally disabled students. This year’s walk is this Sunday, Oct. 29.

In accepting the award, Skechers Foundation executive director Robin Curren said her foundation is currently raising money for a $4 million remodel and endowment fund for the Roundhouse Aquarium. Skechers has contributed $1.5 million to the project.

The evening was emceed by Manhattan Beach resident Emmett Miller, an ABC national news reporter and and a recipient of the Walter Cronkite Award for his interviews President Barack Obama.

Other Best of Manhattan awardees:

Small and Mighty: The Ripe Choice

Home Away from Home:The Shade Hotel.