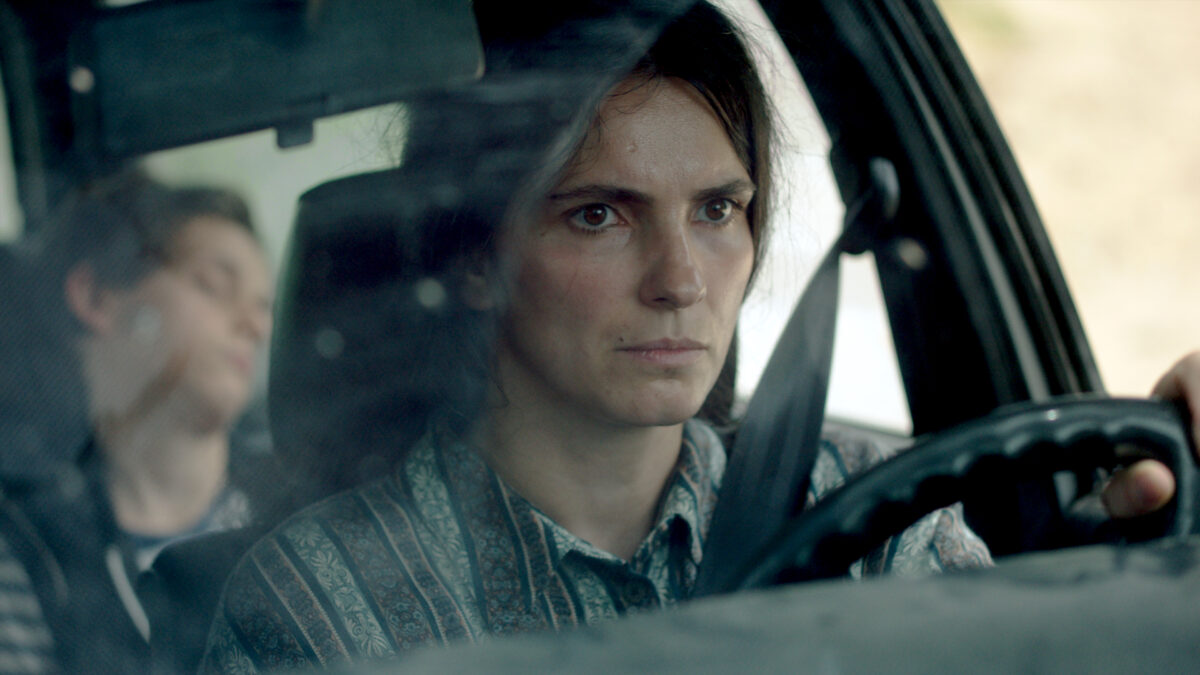 Yllka Gashi as Fahrije in "Hive." Photo by Alexander Bloom. Courtesy of Zeitgeist Films in association with Kino Lorber.

Tied into a complex story about war, atrocity, loss, condemnation, and survival, writer/director Blerta Basholli has given us the true life story of Fahrije Hoti, a Kosovo woman condemned to live the life of a widow without the benefit of a husband she can bury.

Life in this small corner of Kosovo, leveled during the war with Serbia in the late 90s, is marginal at best. Populated by ethnic Albanians, the Serbs moved in to “relocate” them, burning their homes and “disappearing” far too many of the men of the village in their “cleansing” of Kosovo. Years later, an effort is finally being made to identify the corpses recently unearthed in mass graves. Fahrije’s missing husband is not among the identified. Resigned, she starts to face reality, especially because it was known that many, possibly hundreds, were thrown into the local river, never to be seen again. It is a truth that neither her family nor that of her neighboring widows are willing to face.

Many of the surviving men practice an almost feudal misogyny that is deeply ingrained in the culture of this small patriarchal society, punishing any woman who dares step outside her role of housewife. Without the means to support themselves, the “widows” depend on a nascent woman’s support group that hands out stipends every month. Still they struggle. The leader of this support group offers them a chance at independence and self-sufficiency in the form of obtaining a driver’s license. Terrified at the shame and negative scrutiny it will bring them, all but one refuses. Fahrije is willing to brave the disdain that will rain down on her.

She has been struggling to survive on the honey yield of her missing husband’s apiary. She learned by watching but her output is poor and sales at the local market are worse. Offered a step out of poverty and her dependence on handouts, Fahrije learns to drive. Her new found liberty in the form of a driver’s license gives her a chance for financial security. With it, she can obtain work. The other “widows” explain that starvation is preferable to ostracization. The gossip about Fahrije is vicious, trickling down to her daughter and son. Far worse is the danger of physical attacks from the men in the village. But finding a way to sustain the family is not an option because her father-in-law, always hopeful that his son will one day walk through the door, is confined to a wheelchair. 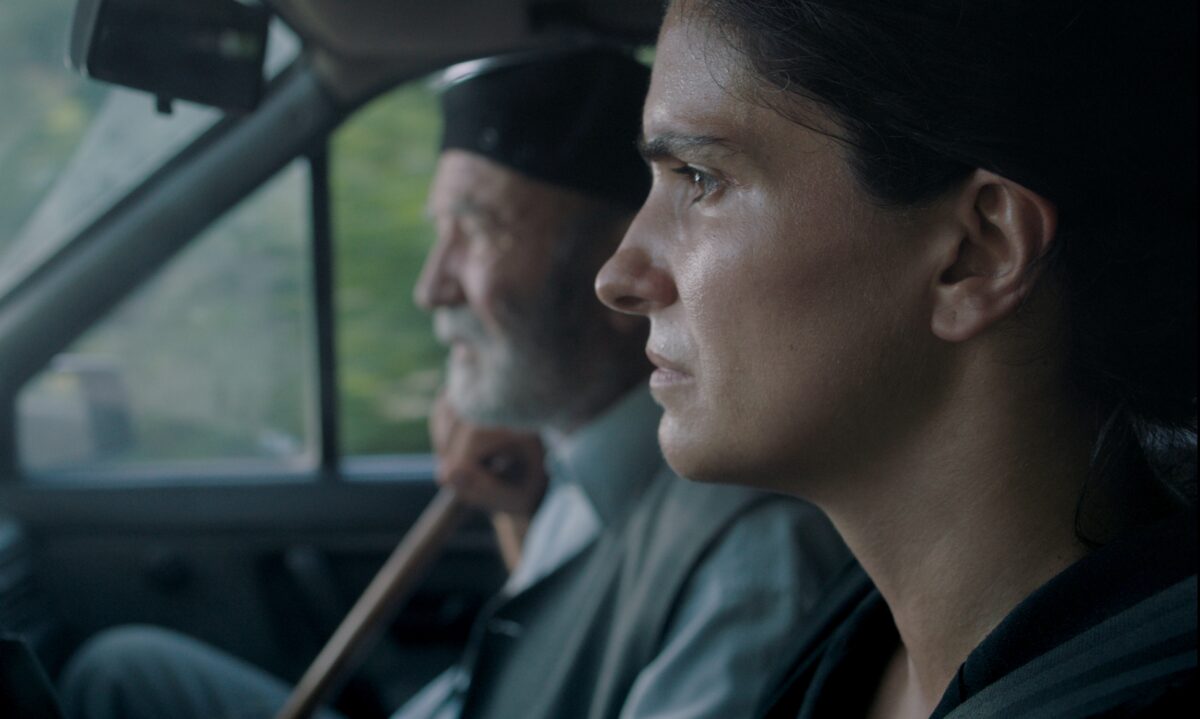 Çun Lajçi as Haxhi and Yllka Gashi as Fahrije in “Hive.” Photo by Alexander Bloom. Courtesy of Zeitgeist Films in association with Kino Lorber.

Fahrije, realistic and pragmatic, has come up with a business proposition. An excellent cook, she makes a highly regarded Ajvar, a Balkan red bell pepper relish. She strikes a deal with a local grocer to stock her homemade product and split the proceeds from any sales. Determined and alone, ridiculed and harassed, Fahrije, willing herself blind to the threats that surround her, carries on; her bravery an example to the other women who are inspired to follow her, however timidly.

Basholli has given us a vivid portrait, not only of one woman’s real life struggle to put food on the table but also to transcend gender and cultural bias. Living day-to-day in the aftermath of a genocide where death is undeniable and yet still unacknowledged, Fahrije, like her circle of friends and relatives, must learn to live with ghosts because it is unlikely that any of the missing  are still alive.

Yllka Gashi as Fahrije is stunning in her silence. Her eyes convey her pain, her body is upright in her determination. Every insult, injury, and disappointment has been etched into her somber face increasing the depth of her character. Çun Lajçi plays Haxhi, Fahrije’s father in law. Accepting of his daughter in law’s fight for survival and improvement, he conveys both the conflict between hope that his son is still alive after all these years and resignation that he will live what is left of his life not knowing. All of the other Kosovar actors are exceptional in this painting of a suppressed minority that continues to discriminate against members of its own society.

Production values are good. Cinematography by Alex Bloom paints a picture of oppressive gloom in gray tones. But mostly this is Basholli’s film which she not only wrote and directed but also cast. This Sundance award-winning film has been submitted as Kosovo’s official entry to the Academy Awards in the Best International Feature Film category.

In Albanian with English subtitles.

Opening November 12 at the Laemmle Royal and the Playhouse 7.