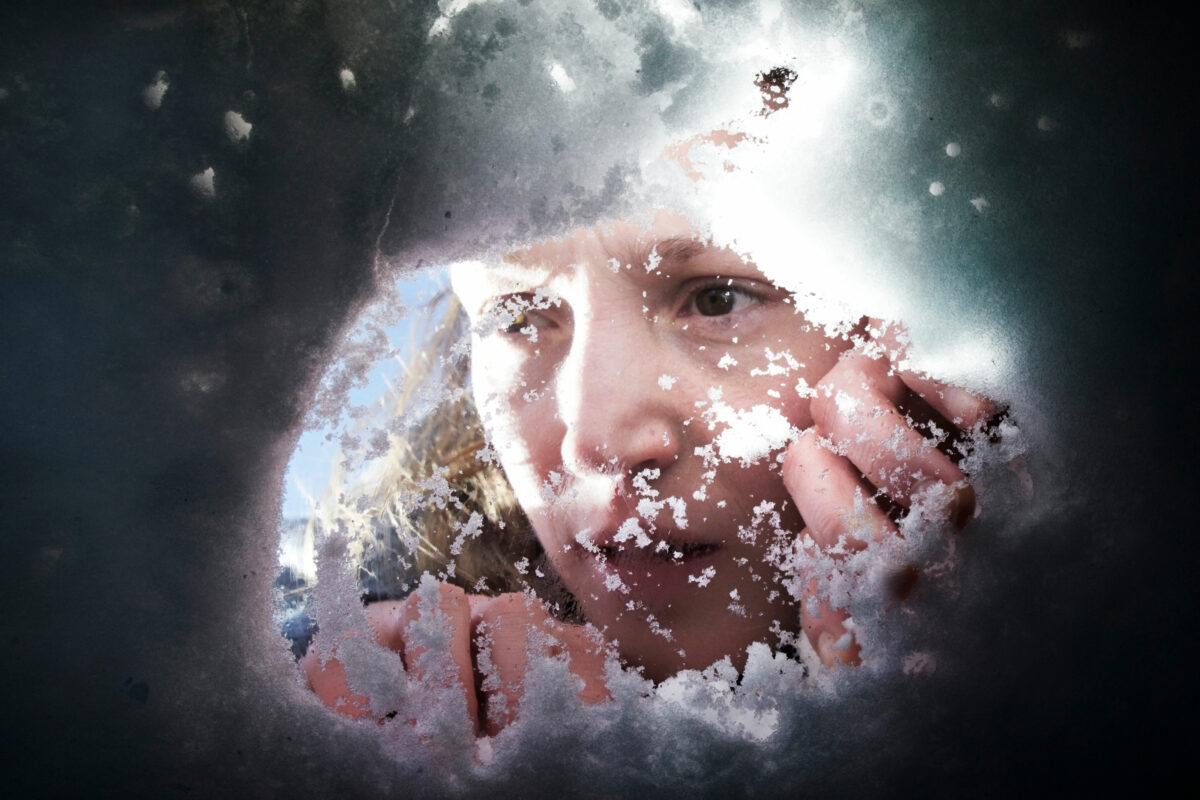 Vicky Krieps as Clarisse in "Hold Me Tight." Photo courtesy of Kino Lorber

“Hold Me Tight,” based on Claudine Galea’s play “Je Reviens de Loin” (“I’ve Returned from Afar”), is a disorienting film written and directed by Mathieu Amalric. It will keep you disturbingly off center almost throughout its fast-paced 90 minutes.

Packing a very few things, looking around her house for one last time, Clarisse leaves it all behind. Walking toward the garage, she unwraps the rarely used roadster and drives off. From the very first moments, the time frame is unclear. The car is old, she opens a small box and places a cassette tape in the player and listens to a fairly rudimentary piano lesson. It is her daughter Lucie, and Clarisse smiles as it brings up the visual of Lucie at the piano. 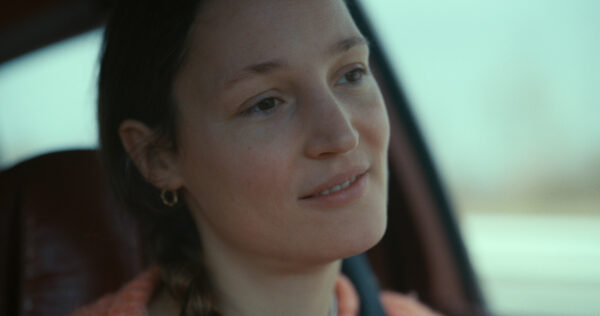 Vicky Krieps as Clarisse in “Hold Me Tight.” Photo courtesy of Kino Lorber.

Where is Clarisse going? Why? As she drives, she plays in her head what her husband is probably, at that very moment, is saying to her children. “She’ll be back soon.” “She’ll come back when she’s ready.” “Maybe tomorrow, maybe next week, maybe in three months.” Her husband Marc is nonplussed. But are we seeing what is actually happening or what Clarisse presumes is going on?

Almaric is giving us a picture of a woman set free; but free from what? There are moments, more than most, that she appears totally lost without direction, untethered. Was this a choice or had it been coming for quite some time. Son Paul seems disoriented; daughter Lucie is composed. Lucie understands, secretly supporting her mother, almost as if she’s a collaborator.

As she drives and imagines scenarios that may or may not have happened or are happening now, Clarisse is looking for a reaction, but she has no roadmap. Is she reacting to how Marc will live normally without her there? Is she upset that he’s too understanding? She’s suffocating and doesn’t entirely understand why. This is a most abstract dissection of marriage where cause is missing but effect is definitely laid out. 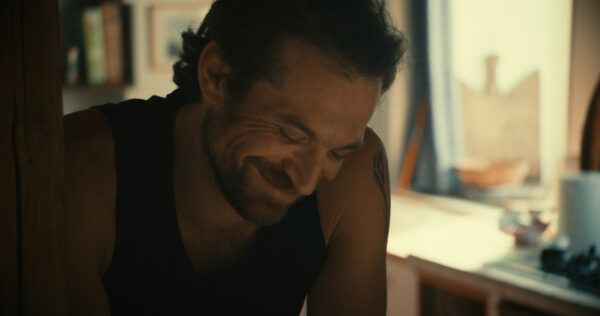 Arieh Worthaler as Marc in “Hold Me Tight.” Photo courtesy of Kino Lorber.

Or is it? There are clues along the way in this speculative, stream of consciousness retelling of a life foretold, of what has actually happened and it may not be what you think. And this is where I leave you with the plot, if you can call it that, because to reveal more would lessen the emotional impact of a story that is more straightforward than you are led to believe. Suffice it to say that an indistinct feeling of sadness will begin to grip you about half way through when you begin to question what Clarisse is actually seeing and in which reality is she living.

Amalric, an international star known in the U.S. primarily as an actor for his roles in “The Diving Bell and the Butterfly,” “Quantum of Solace,” and “The Grand Budapest Hotel,” is also an acclaimed writer and director. His ability to play with reality, chronology, emotion, and hyperbole is extraordinary. Everyone is fully developed, which, considering that each character has multiple interpretations, makes Almaric’s script even more amazing. Just when you think you’ve lost the thread (actually there are many, many threads), he reels you back in, allowing you to take that hairpin turn with Clarisse.

All of the acting is at the highest level. Arieh Worthalter as Marc has the unenviable task of trying to define a phantom and he does it effectively. But it is Vicky Krieps’ film. As Clarisse, she must pull us in and out of her reality, veering from a character that seems flat out crazy, to someone without empathy, to a person suffering from an intangible grief. She does this masterfully, allowing us to dislike her before we are willing to accept her. Krieps, most recently seen in “Bergman Island,” seems to be making a career in films that feature an obtuse chronology and making them real. Her beauty is found in her plain appearance, subtly drawing you into her interior.

This film should be on everyone’s viewing list. I was amazed, appalled, and moved.

In French and German with English subtitles.

Opening September 23 at the Laemmle Royal.