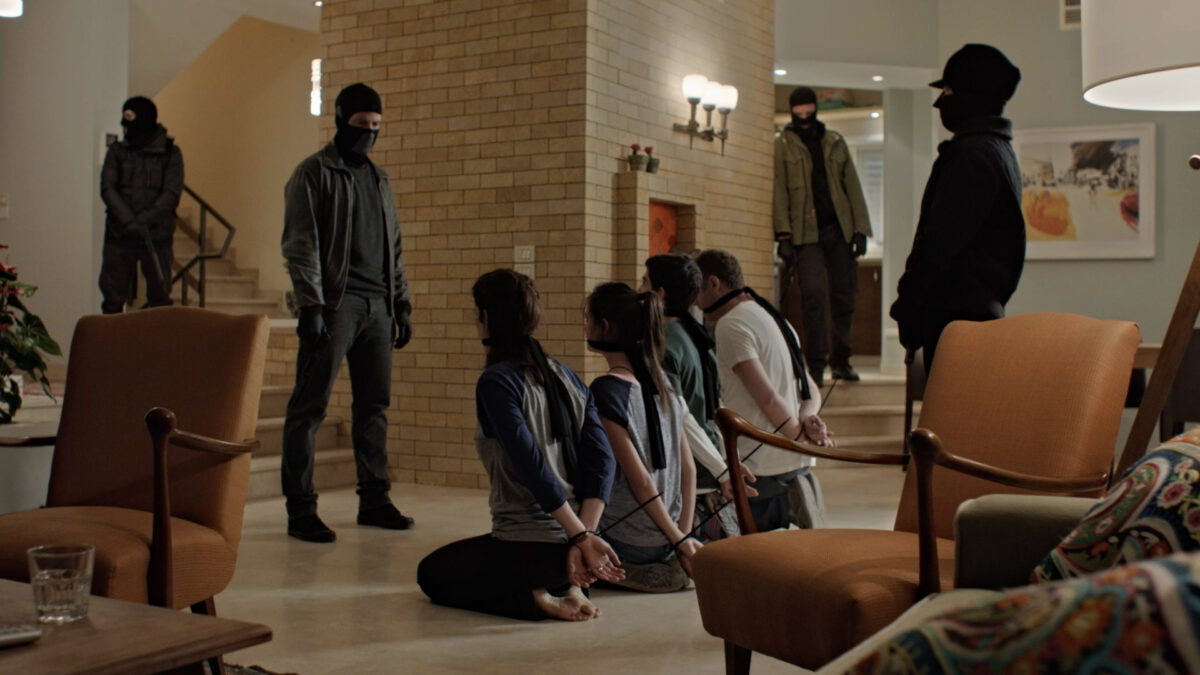 The Danon family held captive in their home in "Hostages." Photo courtesy of Topic.

The Danon family held captive in their home in “Hostages.” Photo courtesy of Topic.

As I began to watch this crack Israeli series I had a sense of déja vu. Briefly, Dr. Yael Danon, reputedly one of the most proficient surgeons in the country, has been chosen to perform a fairly routine procedure on the Prime Minister. Returning home to her husband Eyal, son Assaf, and daughter Noa, she discovers that all are being held captive at gunpoint. Unnamed forces have hired this disparate band of well-trained criminals to make sure that Yael does their bidding. Their bidding? Make sure the Prime Minister does not survive his surgery. If she doesn’t do as they wish, the family will die.

Released in the U.S. for the first time after its 2013 premiere in Israel, it loses not one bit of the tension and palpable fear that would have been its hallmark at the time. The characters are fully developed and all are very complex. With the exception of the saintly Dr. Yael Danon, tis is she through whom all problems are filtered and who must navigate a true Hobson’s Choice, which is to say no choice at all, in choosing between family and country. It is the pure pleasure of this limited, 10 episode series that the tension never lets up. Even better, with the exception of Yael, no one is all good or bad, whether the hostage takers or the family. The motivations for each terrorist are many and varied and are revealed gradually over the course of the series. And of course there is the why with a capital W. Who is actually pulling the strings in this operation and what, besides power, is the goal? And even better, with the multiple motivations, of greed, politics, personal vendetta, the acts of betrayal within this complex net go from possibilities to realities with each character.

Other than the bare premise, I don’t want to give away any of the specifics. These short 45 minute episodes fly by and make the perfect binge watching experience. It is an exquisite Chinese puzzle—seemingly impossible to solve but somehow the pieces will fit together.

Why it took so long to arrive is tied into that déja vu feeling I mentioned at the beginning. Jerry Bruckheimer obviously made a preemptive strike and produced a remake that premiered on American television the week before the original Israeli series appeared. Also entitled “Hostages,” the American version starred Toni Collette as the doctor and Dylan McDermott as the leader of the terrorists. It was actually pretty good, but in keeping with a Bruckheimer signature, he has never met a complex premise he couldn’t make more convoluted. Still, it remained in memory because the premise was excellent even if the execution was somewhat faulty. 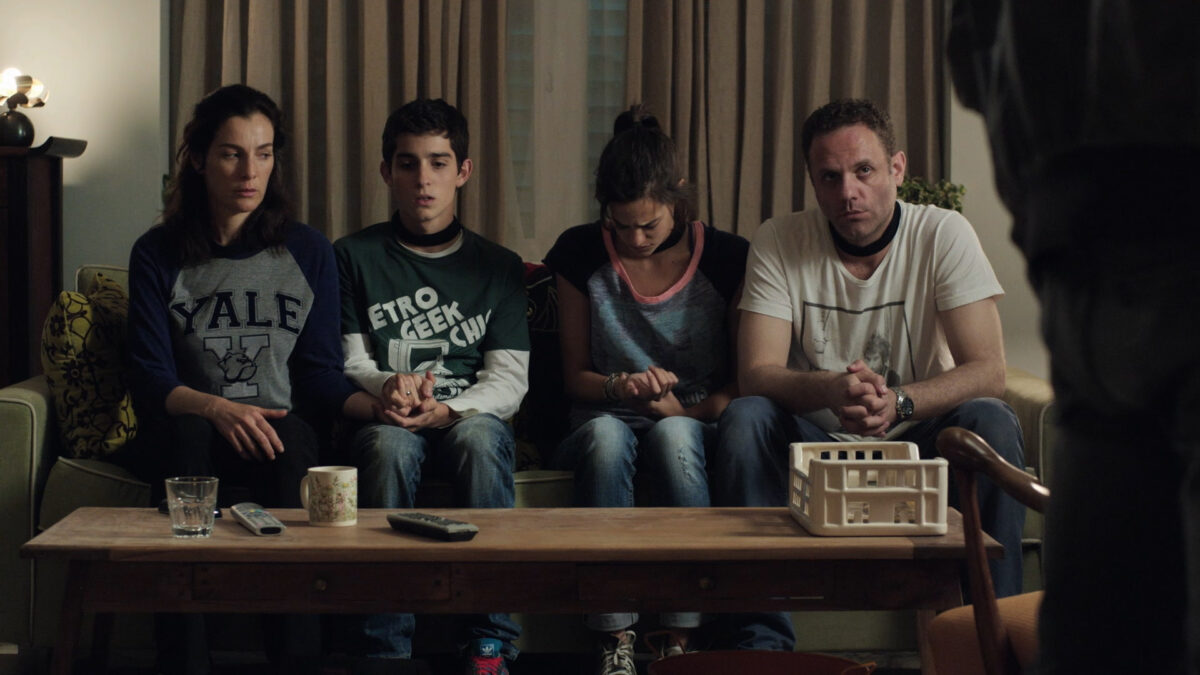 The Danon family held captive in their home in “Hostages.” Photo courtesy of Topic.

“Hostages,” originally titled “Bnei Aruba,” benefits from outstanding writing, directing, and acting. Omri Givon and Rotem Shamir co-directed and co-wrote the pilot as well as many of the subsequent episodes. Working hand in glove as writers and directors they make sure that all the moving parts, of which there are many, mesh and gain speed. As alliances shift and betrayals increase, they never lose sight of the basic premise—the Prime Minister must die. The editing team, led by Danny Rafic, keeps things moving at a supersonic pace, and Nitai Netzer’s cinematography is believably gritty.

What a cast! Ayelet Zurer as Dr. Yael Danon, who already had an international career (“Munich”) and Jonah Lotan as Adam Rubin, the lead terrorist, who has made some memorable appearances in American television like “Homeland,” provide the backbone of the series. Although Dr. Danon’s “goodness” is never in doubt, it is Zurer’s ability to convey the costs and machinations that she will require herself to maneuver. She evidences a toughness that underscores her professional and personal ambition. Lotan as Rubin is, perhaps, the most complex of the characters and his portrayal of diehard blind ambition to a questionable cause coupled with a personal vendetta juxtaposed against a vulnerability and devotion to his team that will run contrary to his basic character is a difficult road to travel. These two, seemingly disparate characters, volley back and forth between duty and personal motivations.

In Hebrew with English subtitles.