“In the Crosswind” – Paralyzed [MOVIE REVIEW] 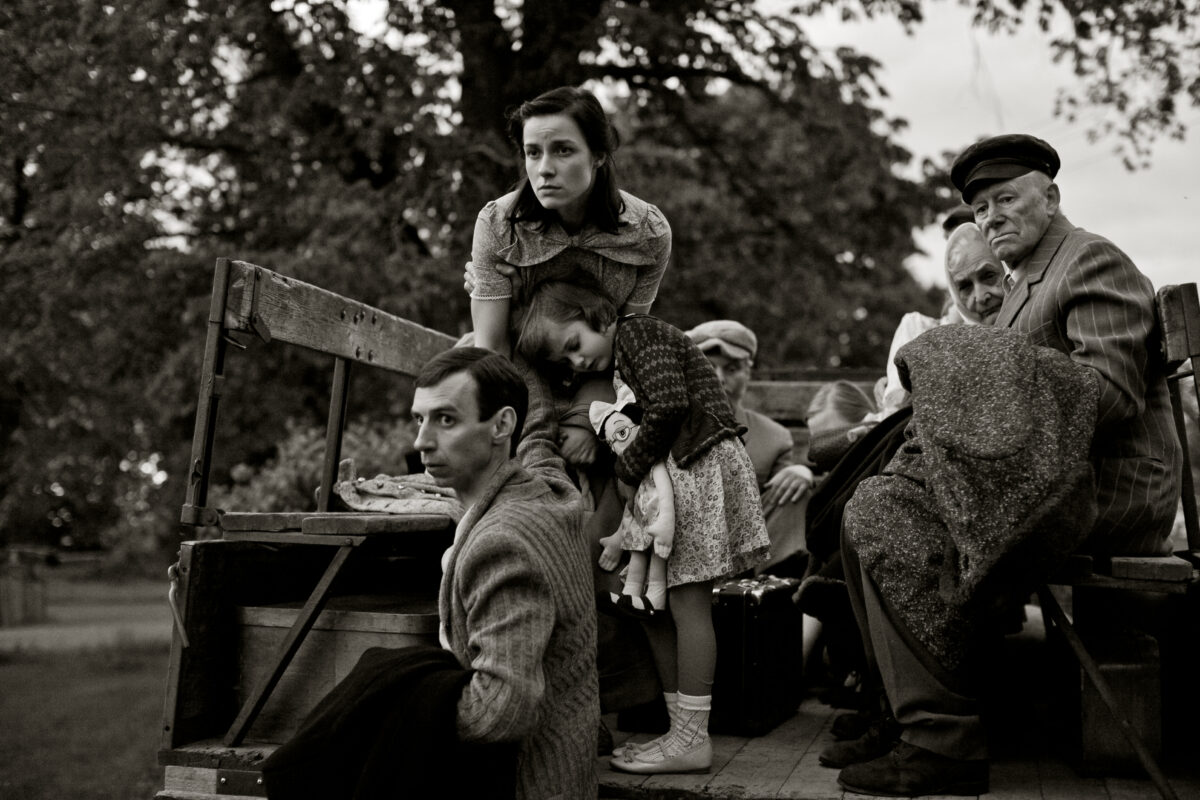 Heldur, Erna, and Eliide are arrested and all motion stops in "In the Crossroads," directed by Martti Helde. Photo courtesy of Film Movement.

Heldur, Erna, and Eliide are arrested and all motion stops in “In the Crossroads,” directed by Martti Helde. Photo courtesy of Film Movement.

“In the Crosswind,” the remarkable film conceived by writer/director Martti Helde, will sweep you into the eye of a storm where the stillness is haunting. Based on the diary of a young Estonian woman trapped in Siberia, Helde has reimagined her observations into letters sent to her husband, also in captivity.

In 1940, the Soviets invaded Estonia, Latvia, and Lithuania. Josef Stalin then set about installing puppet governments through rigged elections for the so-called “People’s Parliaments” that would ratify his illegal takeover of these countries as the world stood silent, preoccupied with the war against Germany. These Baltic states did not go quietly into the night and Stalin, in an effort to break the back of the opposition and legitimize his take over, began a series of mass deportations. Starting with the arrests of the former political heads of state and governmental ministers, Stalin then proceeded to absorb all the Baltic military forces into the Red Army. Between 1940 and 1942, Stalin embarked on what he called a “decapitation,” a plan to depopulate these Balkan countries of their politically and intellectually influential citizens, especially those most vociferous about the absorption of their countries into the Soviet Union.

“In the Crossroads” puts us in the middle of one such “decapitation” as virtually all the citizens of one Estonian village are arrested and piled into cattle cars. The women and children were sent to Siberia; the men to labor camps.

Erna and her daughter Eliide are separated from Heldur, her beloved husband. Believing him to be in the next car, she is hopeful. Her hope is shattered days later when she discovers that the car containing the men has been uncoupled as the women continue north to an unknown destination. The voice of Erna tells her story, always of hope, as she writes to Heldur, describing the life she and sickly Eliide are living. In order to earn their one piece of bread per day, she must work ceaselessly chopping wood. They starve, they freeze, they witness death, but always Erna writes with hope—hope that they will be together again; hope that they will be sent home. 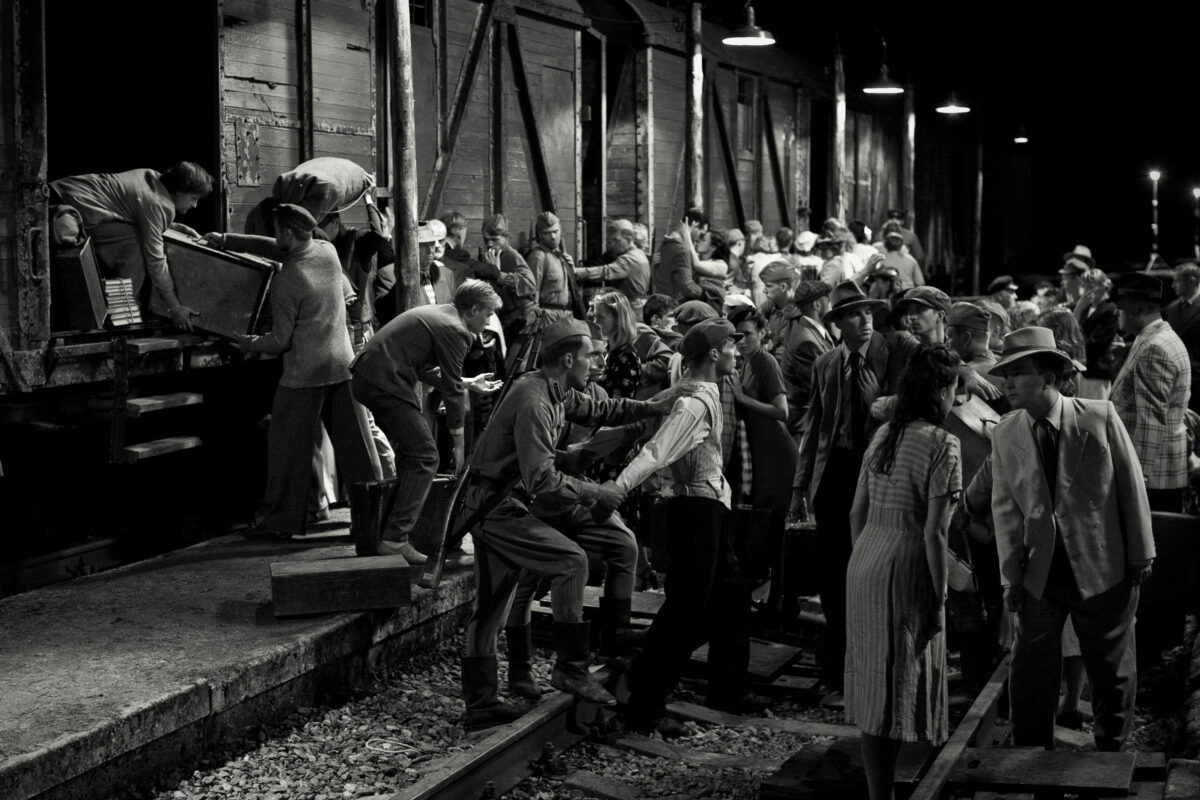 Loading the prisoners into cattle cars in “In the Crossroads,” directed by Martti Helde. Photo courtesy of Film Movement.

It is not just the voice-over narrative device that makes this true tale of horror so mesmerizing, it is that Helde and his cinematographer Erik Põllumaa have found a new way to tell this story visually, one I have never seen before. Shooting in black and white, the light and dark contrast tell part of the story. But it is the extraordinary and elegiac use of stopped action that makes this a unique experience. Helde and Põllumaa have created a series of tableaux vivants to tell this story. Looking so much like a series of period photographs, it may take a while to realize that each scene is actually actors who have been staged like still lifes in a painting.

Helde’s intention is to disorient us as to the past, present, and future and so begins at the end, melding it with the beginning where we meet the three family members as they eat breakfast together, play outside, and enjoy their wonderful farm, filling their lives with memories until that day the soldiers arrived to take them away. And it is at that moment that the people stop moving. They are immobile as the camera moves away from their home, with only the soundtrack of dogs barking and wheels bumping along dirt roads to imply movement. Scene by scene, the camera pans over people frozen in place as the sound effects and score give them a haunting backdrop, an emotional juxtaposition between life and death, terror and hope. It is as if Helde and Põllumaa have given us the deportation and Gulag life through the eyes of Robert Capa, the famed Hungarian American photographer who chronicled so much of World War II. And throughout the horror of Erna’s existence, there are her letters written to Heldur, hopeful for an end to life in the Gulag, hopeful for a better day and a return to their village, and mainly, hope that she will see him again.

This is a truly poetic film whose use of faux still photography both emphasizes and contradicts Erna’s narrative.

Difficult to adequately describe, Helde has found an incredibly novel way to tell a story most of us were unaware of. It is a wonderful, moving, original, emotional film that will plunge a dagger into your heart and seal the wound with hope.