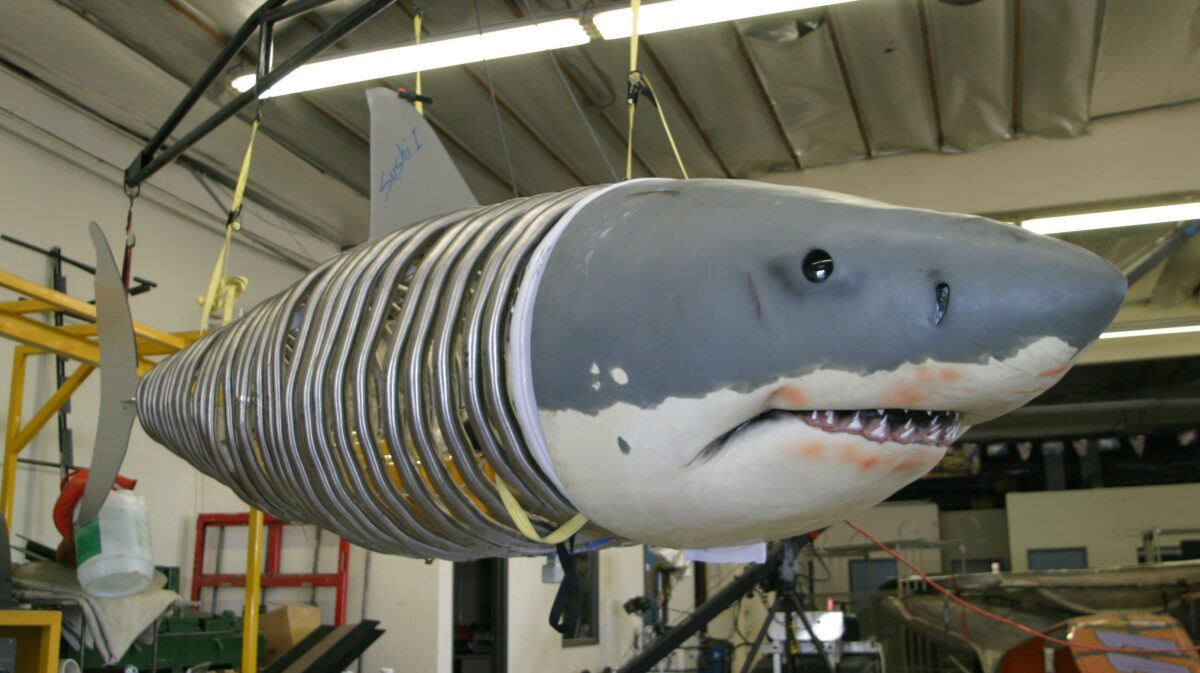 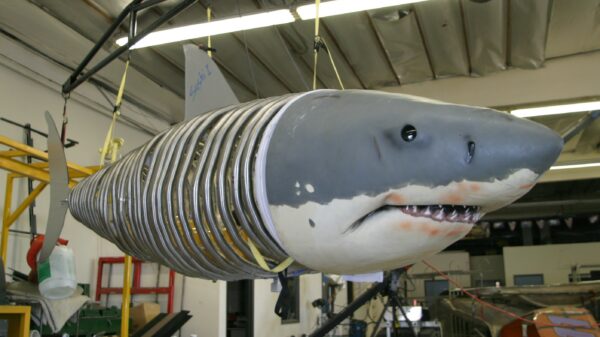 This 14-foot Great White was piloted by a diver inside the shark. Easy Reader archive photo

Over the past nearly five decades Eddie Paul supplied hundreds of cars for television and film, some modified, some hand built. Among them were the ‘47 Ford John Travolta drove in “Grease,” Sylvester Stallone’s 1950 chopped-top Merc in “Cobra,” the “Dukes of Hazzard’s” “General Lee” Dodge Charger, “Back to the Future’s” Delorean,  the “E.T.” rescue van, and the “Lightning McQueen,” “Tow Mater” and “Sally Carrera” touring cars for the Disney animation movie “Cars.”

Paul recently moved out of the 10,000-square-foot warehouse in Smoky Hollow, where he built the cars. Smoky Hollow’s name comes from smoke that used to settle in the low lying area from the Standard Oil Refinery. The smoke is long gone and now Paul’s landlord wants to convert the industrial-zoned space, a few blocks from downtown El Segundo, to creative offices.

“I don’t like to fight, so I moved out two weeks after he said he wouldn’t renew my lease,” Paul said. 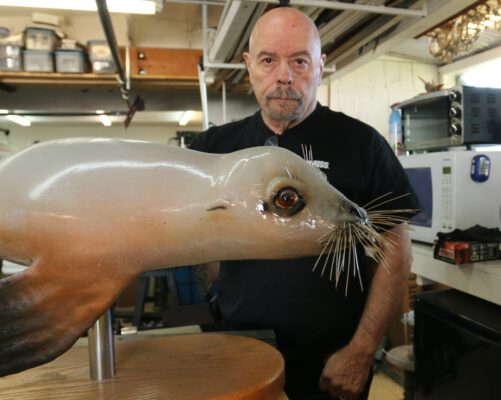 In his Smoky Hollow warehouse, Paul also built mechanical seals and turtles that spouted blood for Discovery’s “Shark Week,” the mechanical horses that jumped off bridges in “The Mask of Zorro,” replicas of the Wright Brother gliders for a Sun Classic Films documentary and a 14-foot, pilotable Great White named Sushi for the Cousteau television series. Sushi’s pilot breathed from a rebreather rather than a SCUBA tank so there would be no bubbles to disclose the deception to real sharks.

The Smoky Hollow warehouse is where Paul invented a revolutionary, 300 horsepower water pump weighing less than 100 pounds for firefighters, a 3-D scanner, a device that enables trailers to back up without jackknifing and a propane rocket propelled hang glider. After a single, successful flight, he dismantled the glider because of safety concerns.

The Westchester High School dropout said he is grateful for the opportunity El Segundo gave him and he’ll miss it when he moves. He thinks the city will miss him, too.

“If not for El Segundo, I wouldn’t be in business,” he said. “But now the city wants to get rid of all the small manufacturers, machine shops and cabinet makers. They don’t want any smoke or dust because of environmental regulations.”

“My Smoky Hollow neighbors who make parts for aerospace, automotive, refineries, housing — they’re all being forced out,” he said. 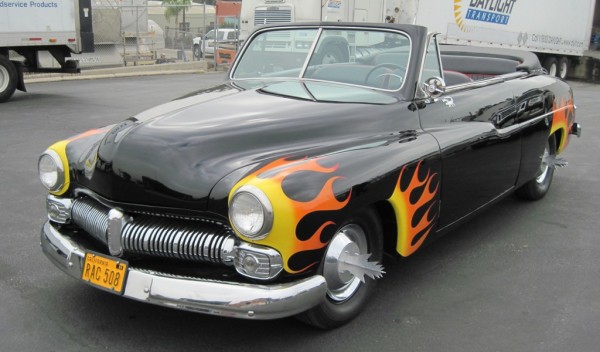 A suitcase full of money

“I was living in Westchester and the neighbors complained about me doing body and fender work on my truck in my driveway. So I signed a one month lease for a hole in the wall at 123 Nevada Street. The truck was almost done and the lease almost up when a guy from the studios knocked on my door.

“He asked if I could build some cars for a movie called ‘Grease.’ I thought it was a cooking show and was about to say no when he said he was desperate. He needed 48 cars, in two weeks. Then he snapped open a briefcase stacked full with $100 bills and said, ‘Here’s the budget.’ I said, ‘How much is in there?’ He said, ‘I don’t know.’ That was my introduction to how Hollywood works.”

To accommodate the flood of movie and television work that followed, Paul quickly moved to a large Franklin Street warehouse. For recreation, he took up hang gliding at the Dockweiler Beach training center, which led to his design and manufacturing of a hang glider he called Porta-Wing. It could be assembled  in five minutes without tools and broken down into five-foot-long pieces, rather than the 25-foot-long pieces common at the time.

In 1975, while flying in a windstorm at Torrance Beach, he fell 365 feet to the ground. (The height was determined from a video recorded by a passerby.) Two paramedics on their lunch break rushed him to a hospital, where, according to Eddie, an emergency room doctor turned them away, saying the emergency room was full and “He’s going to die anyway.”

The paramedics took him to Harbor General. He had a broken back, two broken legs, a broken pelvis and internal bleeding that required six pints of blood.

He was in a wheelchair for six months, but made a full recovery. 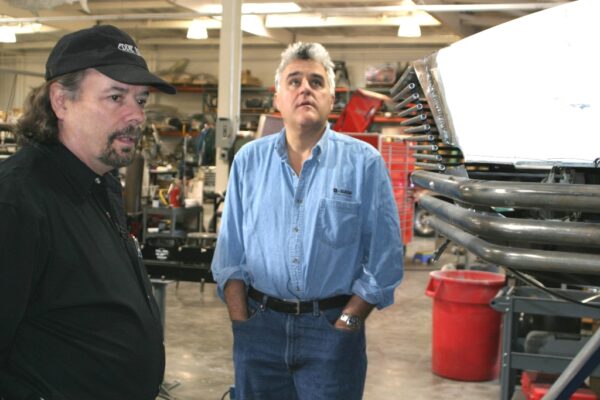 The following year, Sunn Classics Films (“The Life and Times of Grizzly Adams”) asked him to build four hang gliders for a Wright Brothers television show. When he delivered the hang gliders, modeled after the original Wright Brother gliders, the stuntmen kept crashing them.

“Finally, the stunt coordinator Gary Baxley said, ‘You fly them.’ Then, when I was leaving he asked where I lived. I said LA. He said, can you drive? I said sure, I use to drive in demolition derbies. That’s how I became a stunt driver on ‘Dukes of Hazzard.’ 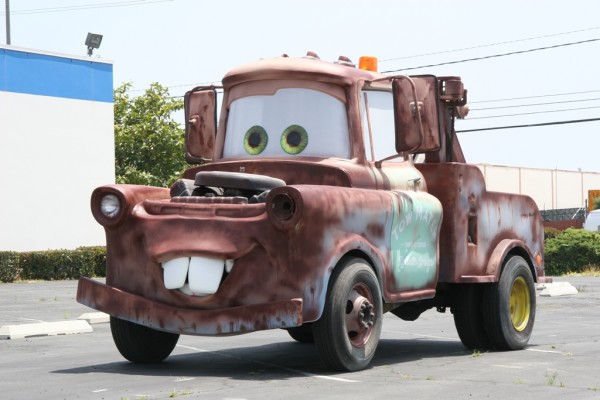 “I was crashing cars by day and building them by night. One day they wanted a car to flip, so I designed an A-shaped pipe ramp that’s now standard equipment for car chase scenes.”

In the late ‘80s, Paul was asked by former Gardena auto wrecking yard owner Toby Halicki to be the stunt coordinator on “Gone in 60 Seconds 2,” a sequel to Halicki’s low budget 1974, car heist hit.

“I quit after 10 days because Toby was taking too many risks. He wanted to bring down a 160-foot-tall water tower and have it flatten a taxi. To be sure it fell, he wanted to cut one of its four legs. I told him not to do it. He said, ‘I’ll bring it down if it kills me.’ He cut the leg and the tower fell on a power line, bringing down a telephone pole that killed him. There were two people standing right next to him. It’s a miracle he was the only one killed.” 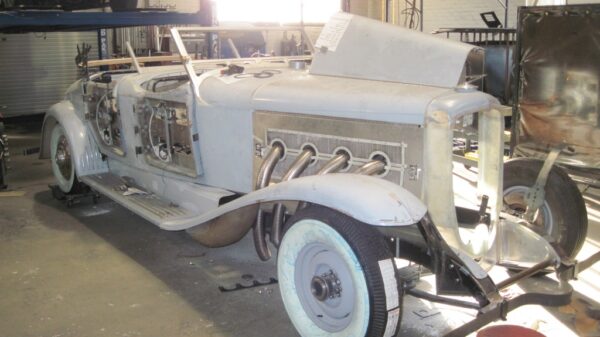 Paul is moving to a small town outside of Austin, Texas, where his daughter lives. He has a contract to build 15 Duesenberg Phaeton replicas a year for five years. A Malaysian investor plans to sell them for $500,000 each.

The Duesenbergs will have Chevrolet engines. The long body with its flaring fenders will be hand fabricated.

“I’m having to build the tools to build the car because there are no metal dies. I’m making a planishing hammer to shape the body panels, an English wheel to put the compound curve in the fenders and a bead roller to bead the edge of the fenders,” he said.

He said it will take him a year to train helpers. 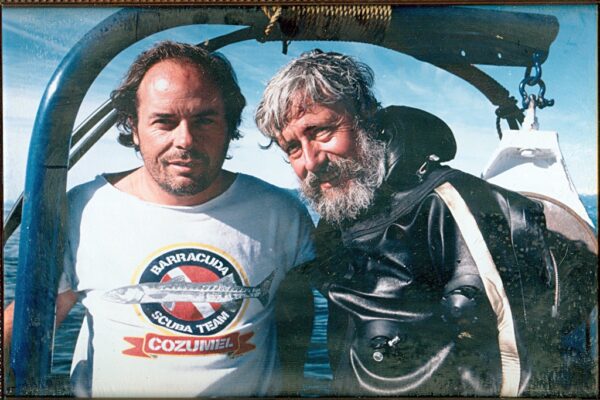 “My daughter called the other day because her car battery died. She’s an occupational therapist, married to a cop. They’re smart people. But they don’t know how to jump start a car. There’s no wood shop or machine shop in schools anymore. Kids don’t know how to fix a running toilet.”

Paul isn’t anti-technology. In his home office he has three computers, one running CAD programs, one for editing video and one for the novel he and his wife are working on.

But he thinks El Segundo is making a mistake forcing out small, successful manufacturers in favor of creative offices, a concept he finds suspect.

“The landlord has multiple tenants to collect rent from instead of just one and not all the kids are that creative. They spend the day playing and chatting. If one’s too loud, the others move out.”

Paul is working out of the shop he built behind his El Segundo home while preparing to move to Texas. Last week, an engineer from an El Segundo heavy equipment maker asked him to fabricate a dime sized gear that had sheared on a $10,000 microscope.

“They’d gone to the microscope manufacturer for a replacement part and were told they needed to replace the entire microscope,” Paul said. 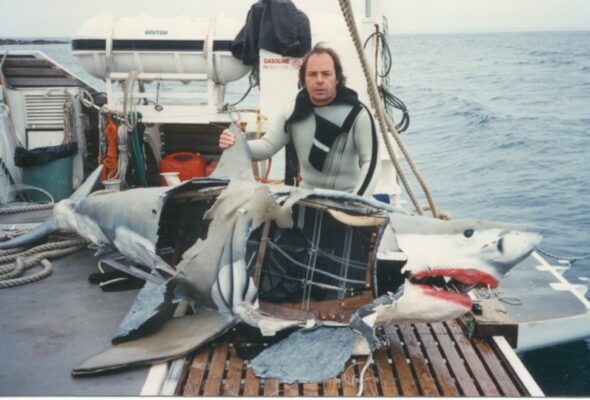