Next year, an iPad for all at Manhattan Beach Middle School 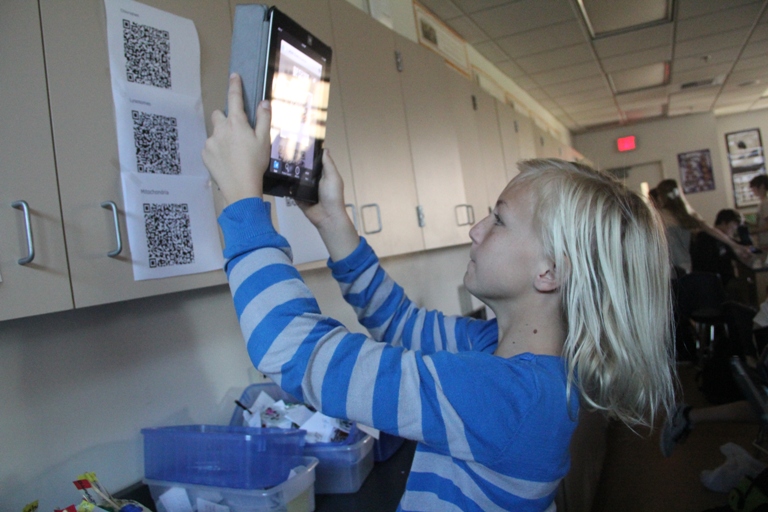 A student uses the iPad at Manhattan Beach Middle school. Next year, they’ll each have one to use in and out of the classroom. Photo by Alene Tchekmedyian 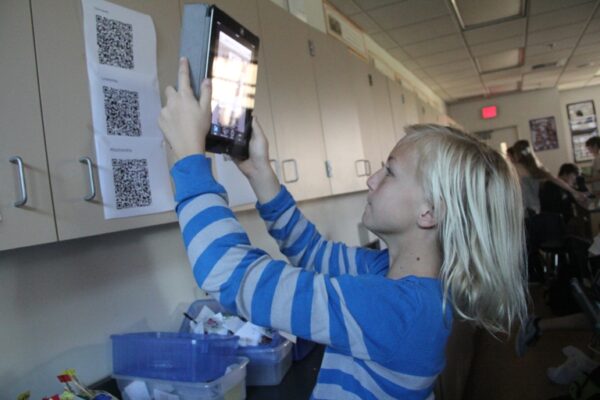 A student uses the iPad at Manhattan Beach Middle school. Next year, they’ll each have one to use in and out of the classroom. Photo by Alene Tchekmedyian

When Manhattan Beach Middle School students return from summer vacation, they’ll each be armed with an iPad to use in and out of the classroom, the School Board decided at last week’s meeting, prompting cheers and applause from a crowd of parents and teachers.

The unanimous vote was a culmination of a year of piloting the iPad program throughout the district, and a series of in-depth, analytical meetings between PTAs, parents, teachers and the board in recent months.

“My first four years on the board, it was all about cutting,” said School Board Member Bill Fournell. “The last year and half has been great…we’ve been able to talk about adding.”

Board members initially had concerns about teachers’ enthusiasm for and willingness to implement the program into their curricula, especially in a rough economic climate and during labor negotiations.

Since negotiations began, teachers have been fighting for a salary increase. As a result, it was difficult for some to justify using district dollars to fund a technology expansion, while compensation remained the same.

“My biggest concern was can we really spend the money because we really don’t know what’s going to happen in November,” said School Board Vice President Penny Bordokas.

But the district revealed last week that no general fund money will go toward funding the expansion, and that the district’s top priority is increasing staff compensation.

In the most recent district-administered survey, eight out of about 40 teachers who responded reported they were not ready to use the iPad and wouldn’t implement it into the classroom. The remaining teachers reported that they were ready, or would be ready after training.

Manhattan Beach Middle School teacher David Levy said what’s been missing in his drama class is students being able to evaluate their own performances. With the iPad’s iMovie, he said, they can easily record and re-watch their performances. “They can finally see how they look to themselves,” he told the board.

The business model the district has adopted for the expansion requires 70 percent of middle school parents (all of whom agreed prior to the expansion’s approval) to provide an iPad to their child, whether by allowing them to use their personal iPad, or buying or leasing-to-own an iPad from the district.

The district anticipates that about 30 percent of students will opt to borrow iPads from the district free-of-charge. The purchase of those 300 devices (at $500 each) will be covered by a recent $215,000 Chevron grant. The grant will also cover 60 days of technology support, 200 hours of training, and the software platform students and teachers will use to store and share assignments.

The Manhattan Beach Education Foundation will fund two teachers on special assignment position, one of which already exists. The second will be stationed at the middle school to help implement the expansion.

Additionally, each elementary school’s PTA will fund iPads for every teacher who wants one, and all its respective school’s fifth-graders. For fifth-graders, the devices will only be accessible while the kids are at school.

“We’re very excited,” said Carolyn Seaton, the district’s executive director of educational services. “We think this is such a great step for our students.”