The education of Jackie Greene 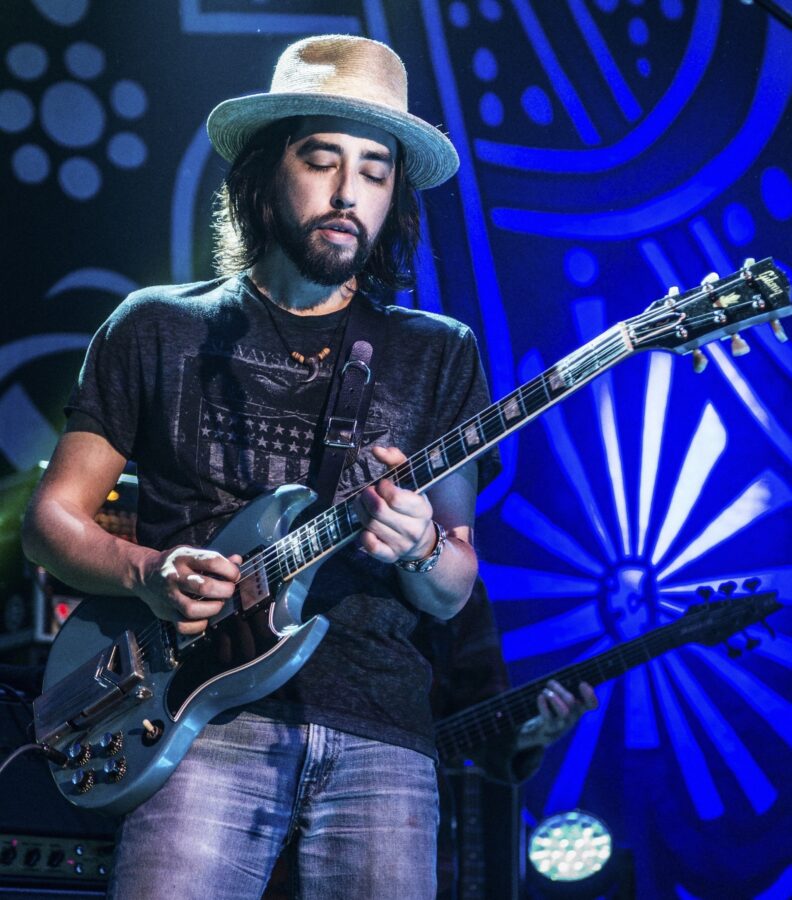 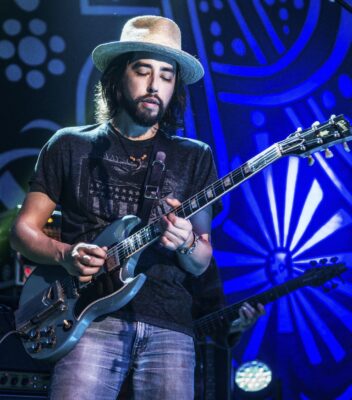 Jackie Greene has shared some stages.

Since he burst onto the musical scene with a self-produced album presciently titled “Gone Wanderin’” as a 20-year-old in 2002, Greene has toured with B.B. King, Mark Knopfler, Los Lobos, Buddy Guy, and Gov’t Mule. Seven years ago, the Grateful Dead’s Phil Lesh asked Greene to join his group to reinterpret the Dead songbook. He was in a band with the Black Crowes’ Chris Robinson and another Dead legend, Bob Weir, called WRG, and is part of an ongoing band with Joan Osborne called Trigger Hippy.

These are, more or less, just his side gigs.

Greene has released seven records of his own and toured as relentlessly as any musician alive. And there is good reason some of the best musicians of our time want to share a stage with Greene. He was dubbed “the Prince of Americana” by the New York Times, not for his princeliness, but his musical adaptability, akin to the artist formerly known as Prince. He plays guitar, piano, banjo, and about anything else you put in his hands, and he does so with a breezy transcendence of genre — he’s folk, country, soul, pop, and rock ‘n roll, sometimes all in the same song. Greene is as purely musical as anyone on the music scene today.

In 2012, he released a book, “Gone Wanderin’: the Songs of Jackie Greene” to mark the first decade of his career and his first batch of 100 songs. Of late he’s become known as a painter, represented by the same agent who repped Jerry Garcia’s paintings. Oh, and last year Greene served as the Black Crowes lead guitarist for the band’s worldwide tour.
“I can’t complain for lack of work,” Greene said in a recent phone interview done in a hotel corridor from, of course, the road.

It all began on a summer morning circa 1994 in a little foothill town called Cameron Park on the Sierra side of Sacramento.

“I remember being extremely bored, as young men will often be in the summer, and going into the basement of our house and fishing out a box of my folk’s records and an old turntable,” Greene said. “Being an enterprising young lad, I figured out how it worked. The first record I put on was ‘The Genius of Ray Charles.’”

From the first blare of horns on “Let the Good Times Roll”, Greene was a goner. It was like Moses encountering the burning bush; his life in music had just begun. Ray Charles’ voice, and that deep soul sway, carried Greene away. “To this day, every time I hear that…It’s transportive,” he said.

His parents dusty old record collection contained many treasures, including old folk, such as Joan Baez and Dave Van Ronk, and bluesmen, such as Lightnin’ Hopkins. “I spent the rest of the summer asking friends parents if I could go into their basements,” Greene recalled.

He became a “suburban blues kid nerd” and started dragging his friends to Sacramento when legends like Buddy Guy would roll through town. He’d dabbled in guitar but now crossed the line and became an obsessive player, and then he discovered the combination of marijuana and Bob Dylan. Now he was really gone; he started writing songs, and crossed over into the world of musicianship. His freshman year of college, he discovered Tom Waits, and soon he was playing stages.

One of his first regular gigs was a biker bar in Sacramento called the Timeout Tavern. He was so young he’d have to take breaks between sets outside the bar.

“I’d have to stand outside even in the rain, but no one messed with me,” Greene said. “Bikers like musicians. “I knew a lot of songs, Hank Williams, old Country and Western, blues, Lynyrd Skynyrd, Allman Brothers. It’s like, ‘I’m a a classic rock jukebox over here.’ Then I sort of got serious about writing my own stuff and sort of sneaking it in, and people dug it…Then I started doing whole sets, and I guess I’ve been doing the same thing ever since.”

How a songwriter springs from a biker bar in Sacramento to all the world’s stages is one of the great wonders of the music world. Bob Dylan recently gave a speech, for the MusiCares non-profit, which captured the attention of songwriters everywhere. In it, he generously detailed the lyrics and songs that he grew up with, as a means of explaining what formed him. After reading the old folk song, “John Henry,” Dylan looked up. “If you had sung that song as many times as I did, you’d have written ‘How many roads must a man walk down?’ too,” he said.

Jackie Greene is only 34, and he’s got a whole body of work already behind him, an eighth album set for release later this year, and an endless road ahead of him. But like Dylan and his forbearers, where he comes from is perhaps less mystery and more a matter of commitment: He has sprung from the larger tower of song which has helped form him.

“I’ve got to play with some of my heroes,” Greene said. “I played with Levon Helm a lot, that kind of thing. You can’t get a better education than that….Keep at it long enough, doing what you think you are supposed to be doing, and people in the music community will take notice. They’ll want to play music with you if they think you are good. It’s real simple.”