Joan Jenkins and the fine art of tough love 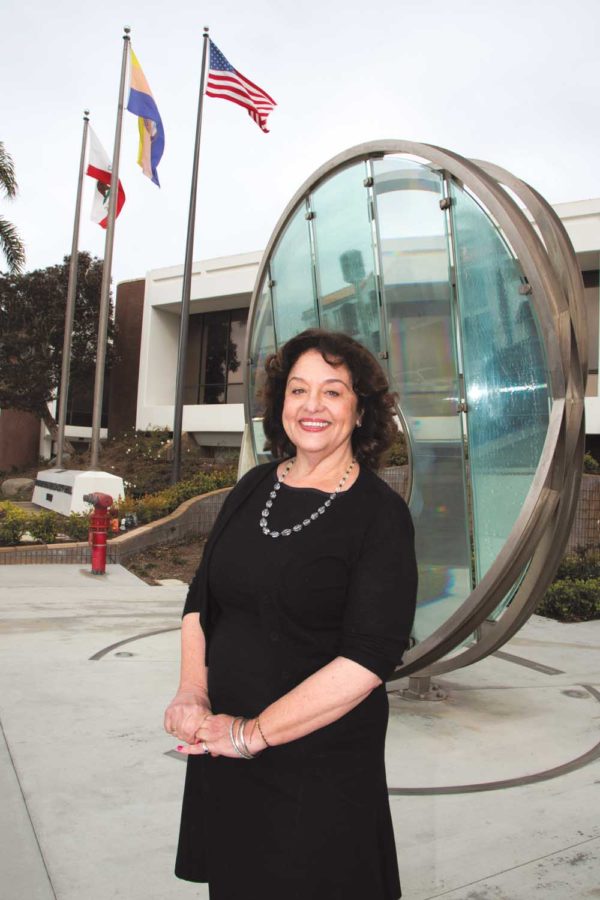 Joan Jenkins fights crime. But she does it in a way that is rare in our criminal justice system. She goes to its roots.

Jenkins is a city prosecutor for the City of Manhattan Beach and also works as a mediator for the City of Redondo Beach. In both capacities, she’s part of highly unusual and unusually successful programs that divert people not only from jail time but —  more to the point — the behavior that leads to jail.

In Manhattan Beach, the juvenile diversion program focuses on kids who are encountering the justice system for the first time. Jenkins works with the kids to make it the last time.

“If you can resolve things outside the courts, through diversion, that is great, and the City of Manhattan Beach has allowed me to have a juvenile diversion program that is involved before any case is filed, which is extremely unusual,” Jenkins said. “Usually diversion programs are run by the courts, or the probation department; this is unique and very effective.”

Studies have been very clear that kids who become involved in penal system tend to emerge from the experience much more likely to become criminals as adults. Past incarceration, for example, is the single greatest factor in predicting a person’s future criminal activity, dwarfing other predictors, such as gang membership, a poor parental relationship, or even carrying a weapon.

“If they don’t have a brush with the court system, they are not that person who might be looked at in a different way,” Jenkins said.

But this is no free pass. Jenkins has the ability to come down with the hammer of the law, and she lets the kids know in no uncertain terms that she is unafraid to wield it. They have a chance to avoid prosecution, but only if she can look them in the eye and know each is committed to the hard work of change.

“Not only do they need to comply, they really need to find a better path,” Jenkins said. “They need to understand what they did. They need to figure out why they did what they did, and make amends and do community service. It’s a reset, a way that lets them go down a different pathway in life.”

Laura McIntire, a volunteer with the non-profit South Bay Families connected, said that Jenkins gives kids a new game plan. It might be service, counseling, mentoring, or even recovery at a local outpatient program, or some combination thereof, but one way or another the kids learn greater empathy, respectfulness, and even gratitude for the opportunity they are being given.

“She is super tough, but it’s a toughness intertwined with compassion,” McIntire said. “What people can mistake about compassion is they have the assumption that person isn’t being held accountable. But Joan is really, truly holding these kids accountable for their actions. She digs in there so they understand what lead to those actions and then she helps them become their best selves, and get out of the patterns they were spiraling down.”

“She’s an unsung hero,” said Manhattan Beach Councilperson Amy Howorth. “She goes beyond the conventional idea of a city prosecutor, that of a person intent on punishment. She uses fact-based practices to help young people, some who have made really bad choices, learn from their mistakes.”

“Joan Jenkins is a wonderful asset for our community,” said MBUSD Superintendent Mike Matthews. “She cares so deeply about the youth in our community, and she does an incredible job of helping youth who have made mistakes to learn valuable life lessons from those mistakes. She is the epitome of tough love.”

Redondo Beach has had a cutting edge domestic violence outreach program for two decades. But City Attorney Mike Webb, who helped build that program, said that Jenkins’ work with the city since 2013 has stood out for one simple and almost unbelievable fact.

“The most striking piece of information I got from our prosecutors regarding all the cases we’ve referred to Joan is that we’ve had no repeat offenders,” Webb said. “Not one.”

“Even a few would be impressive,” Webb said. “But this is almost unheard of. She’s able to get to the core issues and prevent it from escalating.”

Jenkins said the key is identifying those who have an openness to enacting real change in their lives.

“People have such traumas in the lives. I really feel the key to changing behavior is to help the individual understand that trauma and crisis really alter behavior,” Jenkins said. “It puts you in a downward cycle that is really awful. But I also found that when you are arrested and are facing a criminal charge, there is an urgency that people experience that sometimes allows for dramatic change.”

Jenkins is from Indiana and went to Duke University Law School with an interest in what is known as restorative justice. Early on, she had a realization that leads her to the work she does now.

“There are a lot of people who do larger scale restorative justice between groups of people and nations,” Jenkins said. “I thought maybe that could be whittled down to the individual level.”