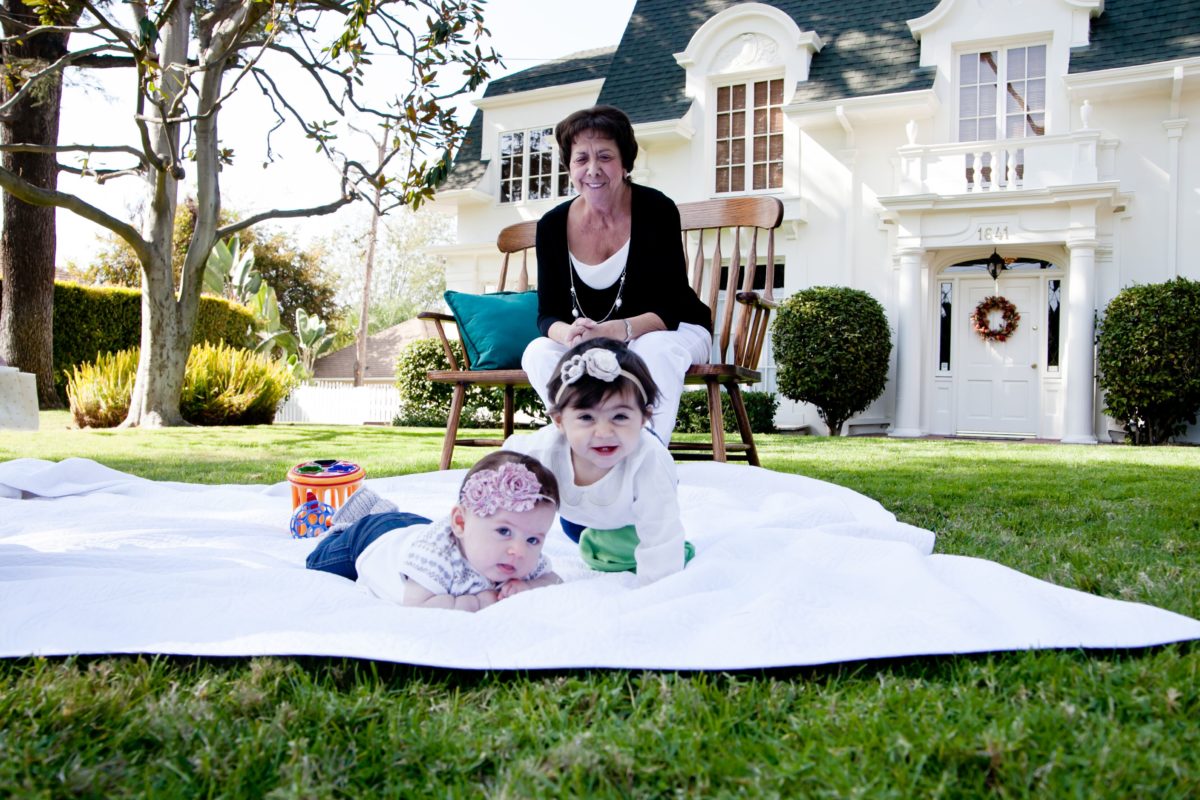 It began with a eulogy. Five years ago, Michael Williams’ mother, Joan Marie Williams, succumbed after a battle with lung cancer. At her memorial, Michael spoke about the secret life of his mother.

Joan Williams was a sassy woman from Brooklyn. She wasn’t quiet about much in her life, save one aspect. She was a quiet do-gooder. Her son’s first memories of Christmas were how she would go out and buy hundreds of gifts, carefully wrap each one, and then drive from the family’s home in Glendale to an orphanage in Mexico to deliver this heartfelt bounty. Later, when driving to Mexico became impractical, she started focusing her giving on domestic violence shelters around the LA area.

But it was never something she talked about. To anyone.

“It was really all on her own,” said Williams, a local attorney and a Manhattan Beach resident. “Even when I was in college, the only way I’d know she was doing it was from seeing notebooks with different gift lists. She didn’t ask for help, didn’t verbalize it, or tell people what she was doing. She just kind of would go out and do it.”

Even her closest friends at the memorial service were flabbergasted. Nobody had any idea Joan had been doing this, much less doing it for at least three decades.

“Many people were floored,” Williams said. “They had no idea she was doing this. So their big response to that prompted us to think we should carry on her legacy.”

The idea occurred to Shannon Williams, Michael’s wife, exactly how they should do this: by forming a nonprofit aimed at helping domestic violence shelters.

“It struck me so deep in my heart because I love giving help,” she said. “And I thought, ‘We have to keep paying this forward. That is only logical…We have to continue this, and teach our child, ‘This is what you do.’”

Thus was born Joan’s Wish List. The organization kicked off with a fundraising event in the Williams’ backyard and used the proceeds to help the Good Shepherd Shelter in Los Angeles, which provides early intervention for abused children and a safe place for their mothers. When they arrived at the shelter, one of the nuns told the Williams that she’d worked with Joan — unbeknownst to anyone, this had been one of the places she’d focused her giving upon.

“We had no idea where she was going,” Michael said. “She did it all on her own.”

“That was like a huge sign, that the one we chose to work with that first year, Good Shepherd, they knew who Joan was,” Shannon said. “It was like divine intervention, like, ‘Wow, okay, of all the places we could have chosen, we found a place she helped. We must be on the right path.”

That feeling never faded. Joan’s Wish List grew quickly. From its backyard beginnings, the organization subsequently involved hundreds of people and touched the lives of many hundreds more, raising $450,000 for women and children victims of domestic violence. Each year, they pick a new shelter as a “giving partner” to infuse with support, and each year they continue to provide smaller forms of support —  gift cards, usually — for the shelters from all previous years.

The 1736 Family Crisis Center, which was selected as a giving partner two years ago, provides safe homes for domestic violence victims at locations around the Beach Cities. Horrow recalled when the folks from Joan’s Wish List first arrived in order to do a needs assessment at one of the shelters. The scope of what they were willing to do surprised her.

“They were like, ‘Oh my gosh, you guys need a whole new backyard for the kids.’ Then they came into the kitchen, ‘You need a whole new dining set for your kitchen,’” Horrow said. “They are absolutely above and beyond generous. They try to do something sustainable, that will last beyond the turnover of the clients in the house at any given time and impact clients for years and years to come.”

Horrow said that beyond the actual material giving — which includes gift-wrapped presents for kids during the holidays, and presents mother can give their children — something deeper occurs for the mothers and especially the kids. They often are coming from a place of absolute trauma, and have grown accustomed to seeing the world as a hostile place.

“And they learn something: people who don’t even know you love you,” Horrow said. “People take that and think, ‘I’m going to be a person who loves and gives. It doesn’t matter who you are, I’m going to show an expression of kindness.”

The paying forward that began with one person caring, in other words, sometimes has no stopping point. Each such act of kindness is an intervention of sorts, divine or otherwise.

“A child who is not touched but just witnesses violence is 1,500 times more likely to create that type of relationship in the future,” Horrow said. “That is why it is so significant that the cycle is broken.”

Shannon Williams said that everyone involved with Joan’s Wish List ends up receiving far more than they give. The reward of seeing a child smile, or of her own child seeing the power of giving, she said, is a fulfillment beyond any list imaginable.

“Just the smiles on the women and children’s faces speaks a million words,” she said. “Just to see they are getting hope back, and realizing there are good people in the world who care. I can only imagine. You are so destitute at that point, you’ve just been beaten down and mentally exhausted…Just to see the pure, innocent happiness on one child’s face, and to show them there are people in the world who care — it’s fulfilling to know we are helping them get back on their feet.”

Joan’s Wish List holds its annual fundraiser Oct. 19 from 6 to 10 p.m. at Big Door Studios, 114 Sheldon St., in El Segundo. The event features some of the area’s most notable food vendors, wine, beer and spirits, a photo booth, live music, and a silent auction. See JoansWishList.org for more information and tickets. ER