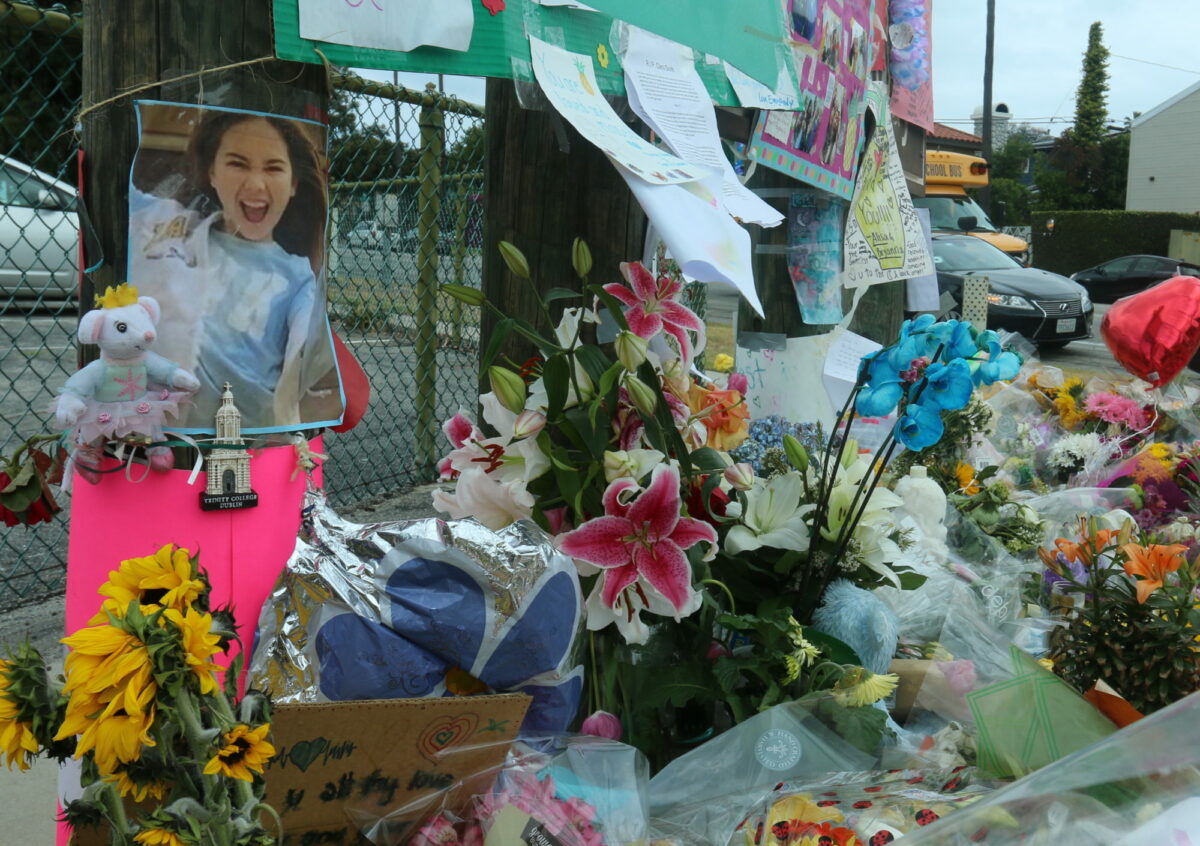 A photo of Ciara Smith marks the memorial built in her memory at the corner of Pacific Coast Highway and Knob Hill Avenue. Photo

A Los Angeles Superior Court jury awarded $32.1 million last Wednesday, Nov. 10, to the parents of a 13-year-old girl struck and killed by a bus in Redondo Beach in 2017.

Barry and Rose Smith contended in a lawsuit filed that October that the section of Pacific Coast Highway and Knob Hill Avenue was unsafe, and CalTrans officials should have been aware of it.

Problems alleged include faded paint in the crosswalks, questions about ramp dimensions and lack of bicycle-only lanes.

The City of Redondo Beach and Caltrans settled before the trial for $4.9 million. The rest of the award is to be paid by MV Transportation, owner and operator of the bus under contract with Metro.

Ciara Smith was a student at Parras Middle School. While riding a bike on the sidewalk alongside a friend at the intersection of Pacific Coast Highway and Knob Hill, she pedaled into the street and was struck by a passing L.A. Metro bus.

Her parents’ lawsuit asserted that MV Transportation failed to train the driver to adequately handle the large bus.

Attorneys for MV countered that the bus was going under the speed limit as it approached the intersection in the slow lane headed south.

Vehicles in the fast lane to the left made it so a sudden evasive move would not have been safe, the defense argued.

In September 2017, a memorial bench was placed in Ciara’s honor on the Esplanade. In front of the bench, a county-owned plot of land was replanted and is now known as  “Ciara’s Garden.” ER