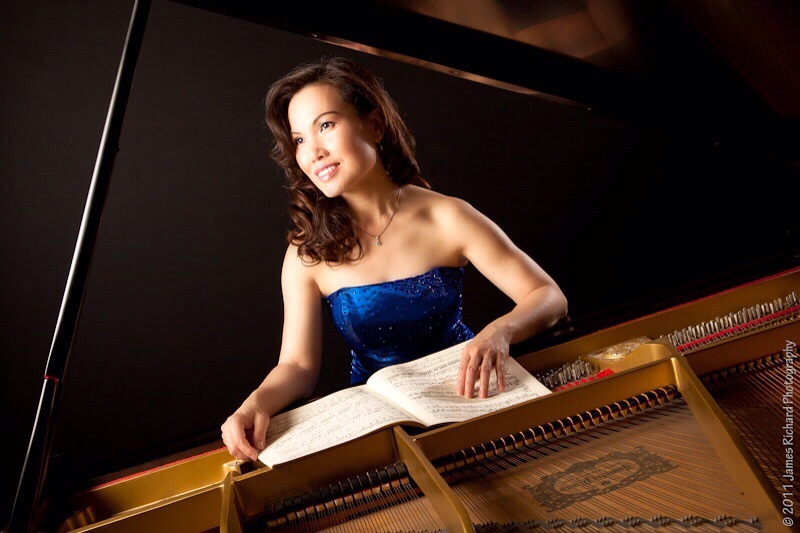 There was, as the saying goes, a sudden change in plans. In 2011, pianist Anli Lin Tong was all set to perform Béla Bařtók’s “Piano Concerto No. 3” with the Beach Cities Symphony. Yes, the piece is difficult, but the musicians had learned their parts. It was also the season’s opening concert.

Four years later, this Friday night, in fact, Tong and the orchestra are ready to try again. The symphony’s music director and conductor, Barry Brisk, had never given up on presenting the work, and he waited with Tong for the right opportunity.

You won’t find Bařtók on your Easy Listening playlist. However, along with his friend Zoltán Kodály, Bařtók ranks at the forefront of Hungarian composers, and regional operagoers have probably thrilled to his dark but seductive “Bluebeard’s Castle.” Uprooted by the miseries of World War Two, Bařtók completed the “Piano Concerto No. 3” in 1945, the year of his death. “The Dictionary of Global Culture” says of this final piece that it “ended his career on a note of luminous repose.”

I’m sure that Anli Lin Tong would agree.

“There are people who say, ‘How do you connect with Bařtók? He’s so percussive, he’s so dissonant.’ This was his very last work that he wrote before he died, and he wrote it as a surprise birthday gift for his wife, who was a pianist. But in addition to that,” Tong continues, “because he knew he was very ill and probably wasn’t going to survive much longer, he wanted to give her something that she could perform and hopefully make some living out of doing that. There’s a great deal of love in there. So that was the motivation for him to write the work.”

Furthermore, Tong explains, “In the second movement he quotes a theme which is called ‘The Holy Hymn of Thanksgiving,’ and that is a theme from Beethoven’s ‘String Quartet, Opus 132.’” Bařtók called his middle movement “Adagio Religioso,” a title that could imply a spiritual quality, which is indeed what Tong finds in it.

However, she points out, “Bařtók was known as an atheist,” and this, too, is cause for speculation: “If he was an avowed atheist why is he suddenly naming a movement ‘Adagio Religioso’? I think that’s very significant. To me it shows maybe a phase that he was either coming out of or going into, a very spiritual phase.

“So when I play that middle movement I’m so touched because of this ‘Holy Hymn,’” Tong says. “It’s full of thanksgiving, but there’s a lot of pain also. You will hear it. There’s a lot of clashing dissonance, and the dissonance is so organic it sounds like he’s wrenching his heart out. It’s just beautiful. And then the last movement is robust. I think it’s very life-affirming.”

Tong spoke recently to members of the Music Teachers Association, and she was asked: How do we teach our students to connect with contemporary music? 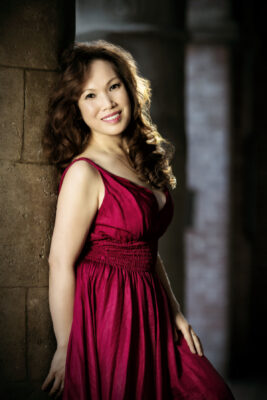 Anli Lin Tong has been a resident of Palos Verdes for over 20 years, but she was born in Taiwan and began piano lessons at age five. When she was nine she won an important competition and that same year was invited to study at Julliard. It was quite a leap for a young girl, especially in that her family remained behind.

Because of Taiwan’s location, about 140 miles from mainland China, the island nation has not only fostered its own music but is awash in both Chinese and Japanese traditional music, the latter a result of Taiwan being a Japanese colony for fifty years, until the end of World War Two. For all that, as a child Tong was exposed to a great deal of Western music.

“I was born into a Christian family,” she says, “where church life was a big part of our family life. And church music was all Western, with four-part harmony, major, minor tonality, church hymns. Also, my father in particular loved classical music. So I grew up with Beethoven’s symphonies and Mozart’s sonatas always playing in the house.”

Although it was in the background during her earliest years, Tong’s delving deeper into native Taiwanese culture, and especially its music, only happened much later.

“I didn’t come into contact with that part of my cultural heritage until the late 1990s,” she says. “I was invited by the Chinese Fine Arts Orchestra to do a tour in Taiwan.” Specifically, she was asked to be the soloist for a work, “Concertino for Piano and String Orchestra,” that had won the Golden Fern, equivalent to a Pulitzer, and written by Taiwanese composer Kuo Chih Yuan.

“I gave the U.S. premiere in Chicago,” Tong says, “and I just fell in love with the piece. I played it again in Los Angeles: There was an opportunity to perform for the Taiwanese Cultural Arts evening and they asked me what I wanted to do, so I chose that piece.”

Perhaps it was at that point, now nearly 20 years ago, that Tong became more attentive or attuned to Taiwanese composers.

Who we are; how we got there 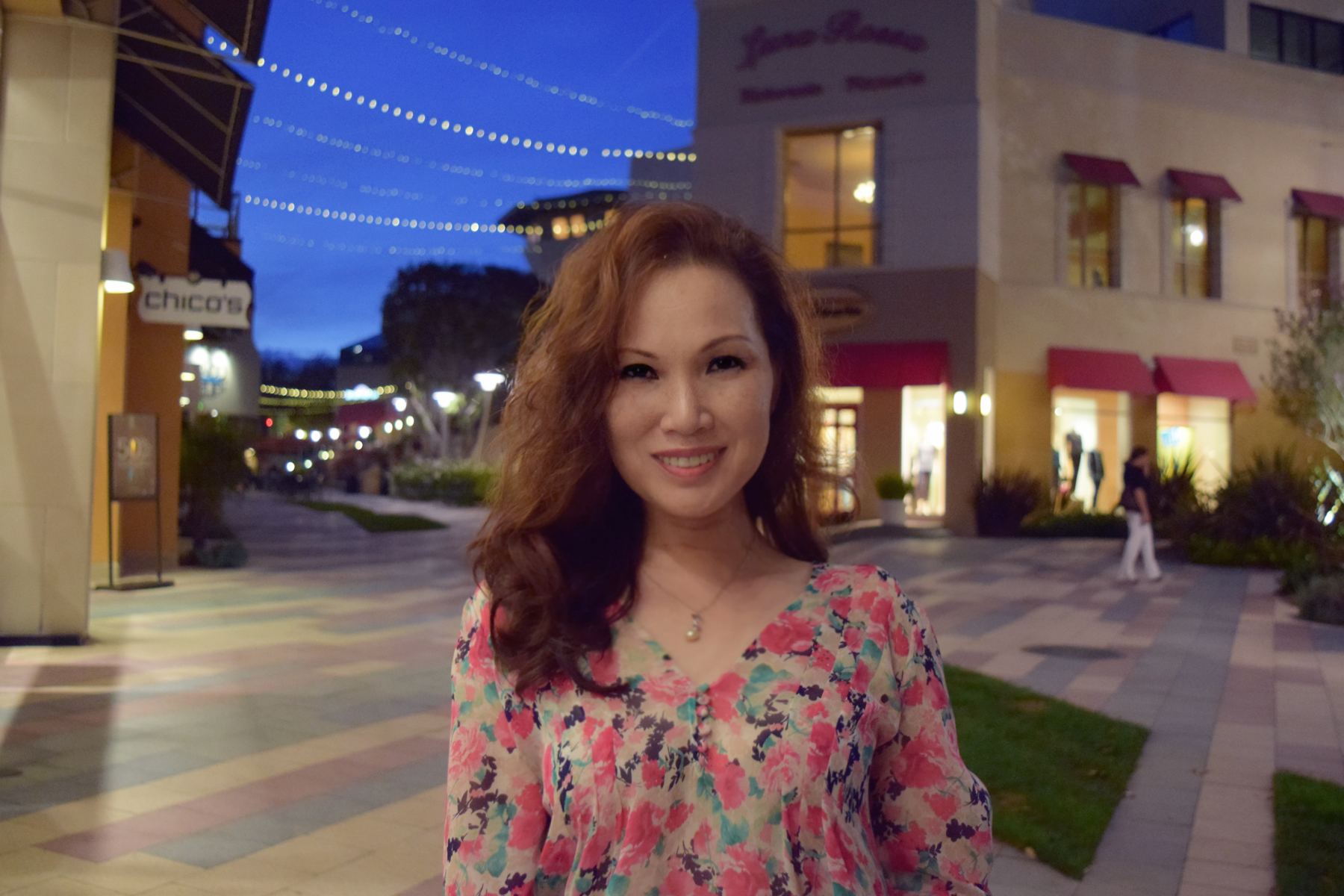 Friday evening’s  performance will be the fourth time that Anli Lin Tong has appeared with the Beach Cities Symphony, and concertgoers may already be thinking of lining up afterwards and purchasing one of her many CDs. Except that there aren’t any CDs, not yet. And why is that?

When she was a music student in New York, Tong gave saw a French movie whose underlying theme seemed to make a lot of sense to her.

“This young guy was really enamored of this opera singer. She was such a gorgeous singer, but she believed that music had to be experienced only in the moment, and she forbade any recordings. And that really kind of resonated with me.”

It’s a purist attitude better suited to the cinema than to real life, and Tong does have “a whole library” of her own performances. But as for those elusive, nay, non-existent CDs, she says that until recently she never felt the time was right. Perhaps soon it will be. For that matter, we will not find Tong on Facebook, and she doesn’t have a website. She’s a private person, she says, but at least she has a cell phone, so she’s one-up on this writer.

Perhaps it’s unfair to ask a musician to name his or her favorite composers, even if it does shed some light on their taste and sensibility. In Tong’s case, it’s a safe bet to say that Chopin and Mozart get top billing. “But I tend to fall in love with the works that I’m preparing for a concert,” she says. “So, if I choose to play something, I go into that world — and I’m totally in love with Bařtók right now.”

Well, we’re back to where we started. In 2011, when Bařtók’s “Piano Concerto N. 3” was originally slated, Tong chose to dedicate her performance to her recently deceased mother.

“But then that concert didn’t happen,” Tong says. “And now this year I’m scheduled to play it again and my father just passed away four months ago. Now I’m thinking of both of my parents, and I’m dedicating this performance to both of them.

“My father was the one who practiced with me every single day when I started piano, and my mother took me to lessons. It was really my parents and especially my father… Even until a few weeks before he died we were still talking about the arts, and he told me he believed that the role of the artist is so important in society. He said there are a lot of problems that cannot be solved by economists or politicians that can be solved by artists, and he gave me a great sense of mission for what I do, that the arts can be a great force for the good.”

The Beach Cities Symphony, conducted by Barry Brisk, performs tomorrow, Friday, in Marsee Auditorium at El Camino College, Crenshaw and Redondo Beach boulevards, Torrance. Entitled “Something Old, Something New,” the concert begins at 8:15 p.m. (after a pre-concert lecture at 7:30) with Jim Stanley’s “Inside Passage” and concludes with Beethoven’s “Symphony No. 3,” the “Eroica.” Right in the middle is Bařtók’s “Piano Concerto No.  3” with soloist Anli Lin Tong.The concert is free; onsite parking is $3. Call (310) 379-9725 or go to BeachCitiesSymphony.org.