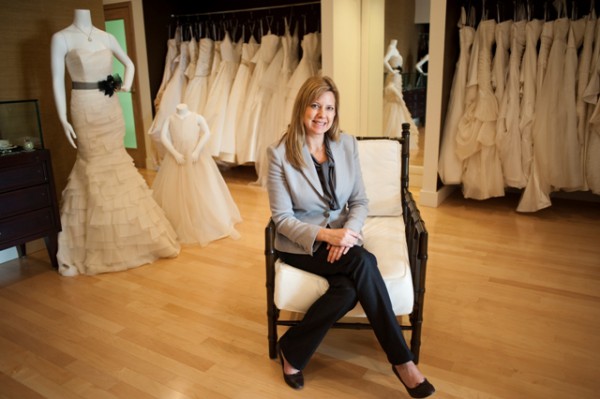 White is not just a color for Kirstie Kelly. As a wedding dress designer, white is a way of life.

Kelly’s wedding dresses have a soothing, classic beauty. She prides herself on her designs’ quiet details and her understanding of how a fabric drapes on a woman’s body. Her brides appreciate having a South Bay designer who understands the area’s aesthetic so well.

Kelly’s entire line of dresses is among the most coveted both locally and nationally. She has dressed such luminaries as Michelle Obama and her two daughters – for one of the inaugural balls, no less – as well as Jennifer Aniston and Rachel McAdams. But her signature wedding dresses are what she has deservedly gained her greatest renown for and what she finds most rewarding as a designer. 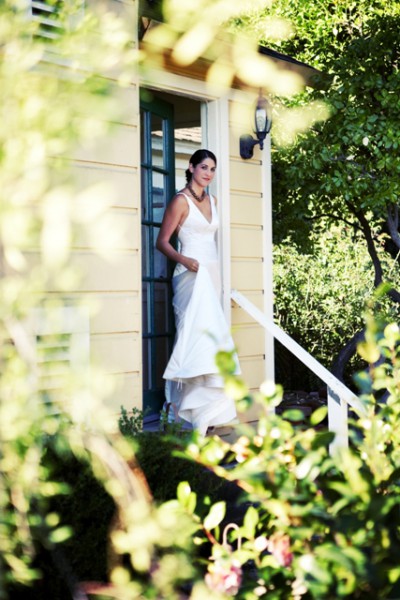 “Who doesn’t want to be involved in a wedding?” said Kelly. “A wedding is a day that a bride will remember for the rest of her life. It’s wonderful to be able to be a part of that and to make sure that you’re able to give a bride that special moment and make her feel a certain way about herself in that gown.”

Last year, Kelly found a way to be involved in many more weddings. The business and fashion press were abuzz with an unusual development in high couture – the introduction of a line of Kirstie Kelly wedding dresses at Costco, the national chain of stores that sells everything from bulk toilet paper to caskets and bargain pizzas. Shortly thereafter, Kelly also announced that she was returning to the South Bay to open up a showroom in El Segundo.

“I’ve always been fascinated by fusing together couture sensibilities with the everyday lifestyle,” Kelly said at the time. “And I am so excited to come back home and share my experience with women in the South Bay.” 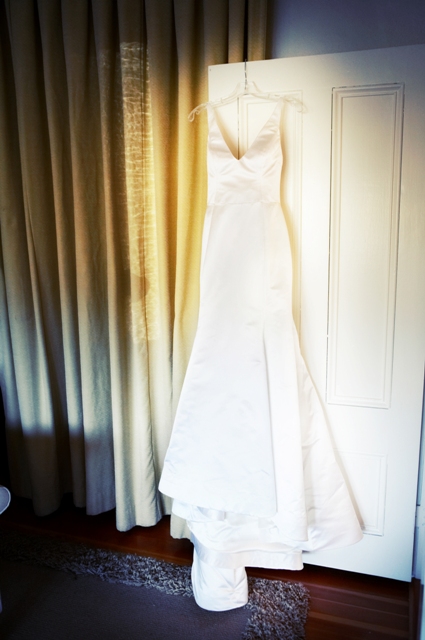 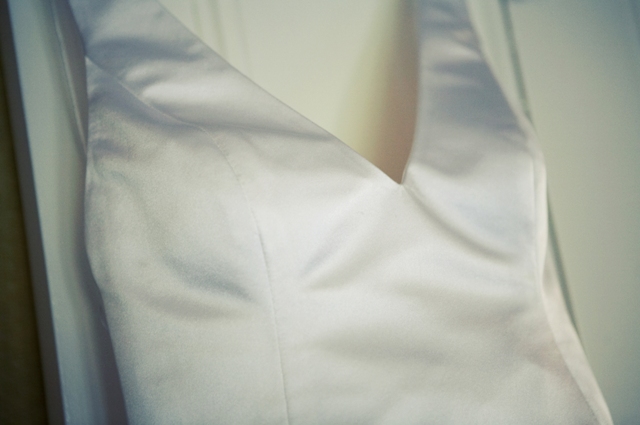 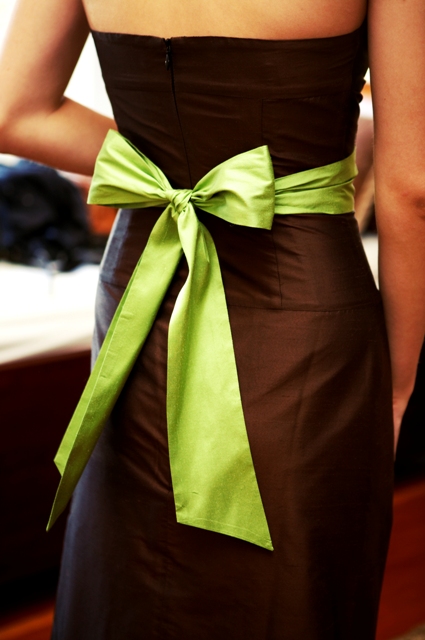 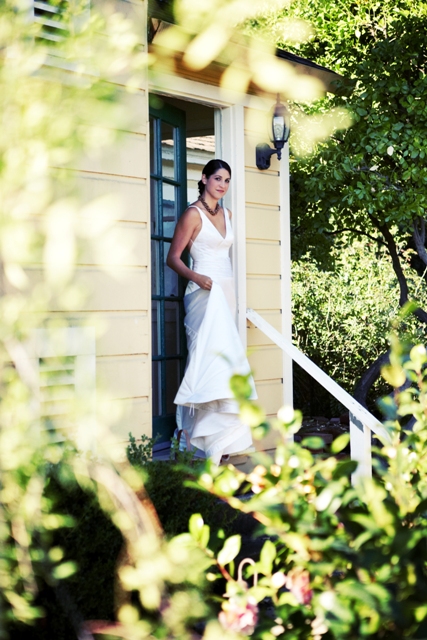 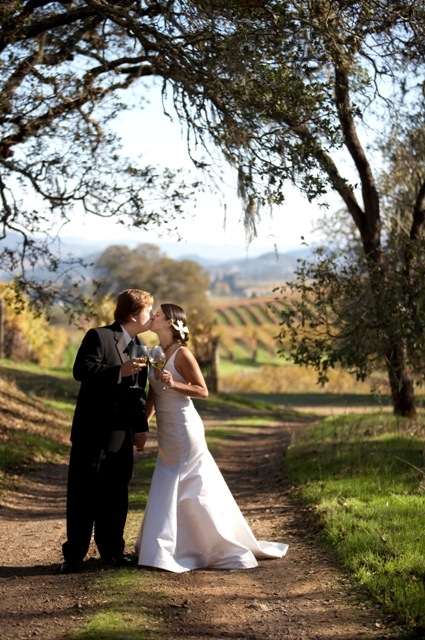 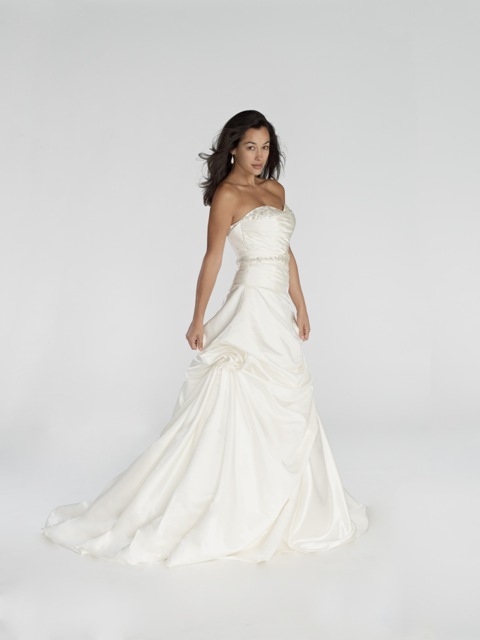 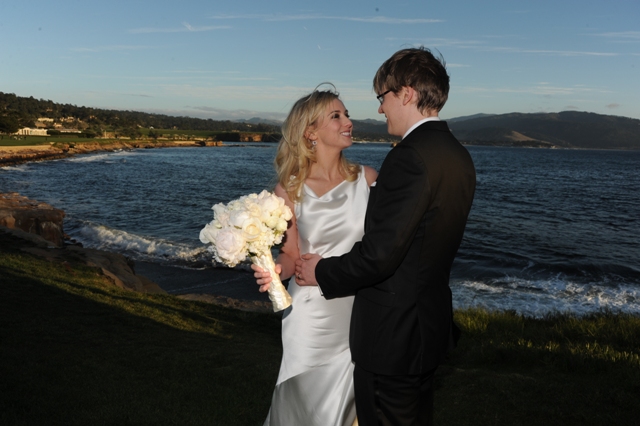 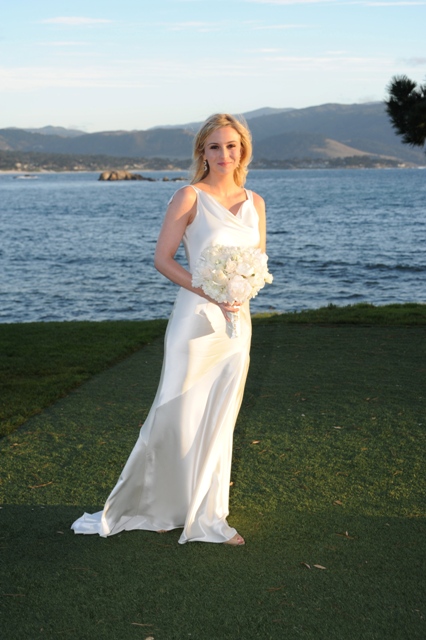 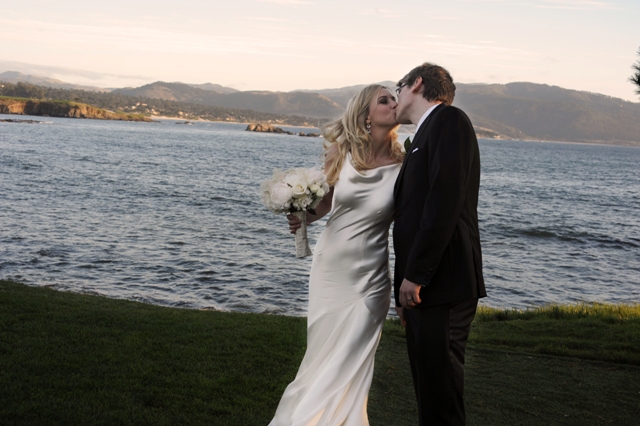 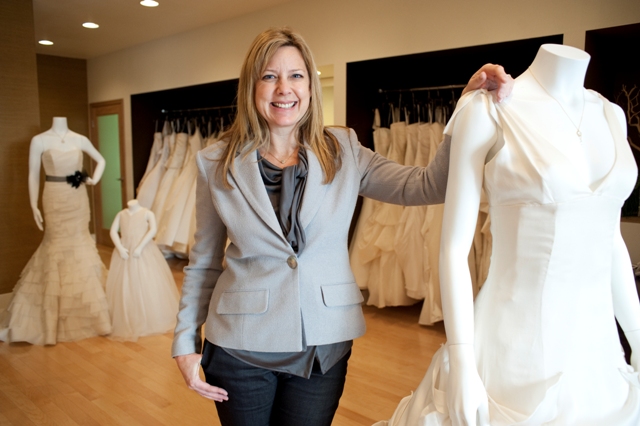 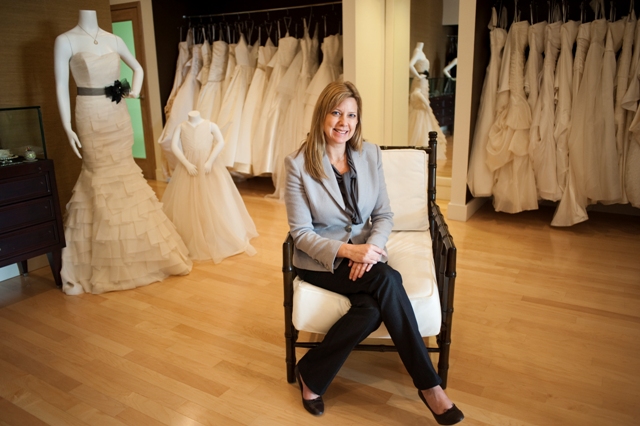 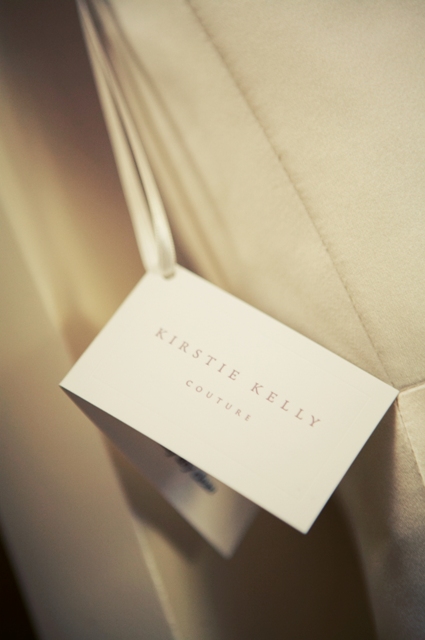 The Manhattan Beach native graduated from Otis College of Art and Design almost two decades ago. After a brief stint with Levi’s, she began creating her own signature evening dresses and was soon convinced by her clients to take up wedding dress design. Kelly’s wedding dresses were immediately and wildly successful; her quiet manner and simple, elegant dresses won the hearts of brides up and down the West Coast. Her company, Kirstie Kelly Couture, grew exponentially. Her dresses were sold in 170 retailers and she helped pioneer the Disney wedding dress fad, creating different wedding styles to match the variety of Disney princesses.

Now, instead of selling to multiple retailers, she focuses on her small local boutique while expanding her line nationally through Costco. Kelly feels she is living in the best of both worlds, maintaining the ability to work with individual clients while at the same time bringing high-end designer dresses to a larger market at affordable prices.

“It’s incredible being able to work in the salon and Costco,” Kelly said in an interview last month. “There are always going to be different types of brides – brides spending $2,000 and up, and, always, the bride who is conscious of money but wants a beautiful dress. I feel lucky I’ve been able to work with both brides. I get this incredible chance to work on $500,000 weddings and gowns that are $8,000 to $10,000, and I also get to work with fiscally responsible brides building lives that have a very bright future.”

She is serious about the quality of wedding gowns she offers through Costco. According to Kelly, because of Costco’s bulk purchasing ability, the stores are able to offer gowns that would be much more expensive if bought directly from a salon or boutique, yet feature similar quality as the gowns in her shop. The Costco dresses are priced from $699 to $1,399 in sizes 2 to 24.

Kelly said the downturn in the economy helped inspire the partnership with Costco.

“I found that there were a substantial number of brides looking for high quality gowns at a price I couldn’t match at a bridal salon,” she said. “A bride could match quality and price at Costco.”

That said, she is absolutely ecstatic about her new El Segundo salon and her connection to women in the area. Her previous office in Brentwood catered to more of a celebrity clientele, and while she still designs for that market with her Essentials collection, she now has the ability to work directly with women who live just down the block.