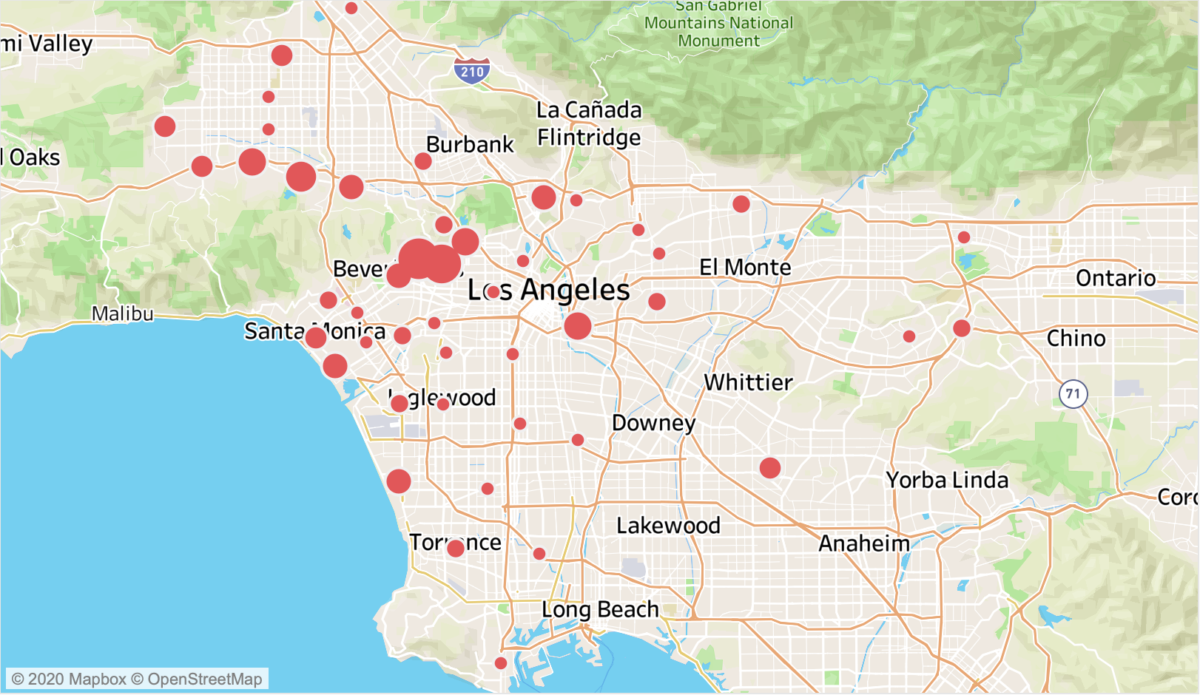 The Los Angeles County Department of Public Health Wednesday confirmed 46 new cases of coronavirus countywide, bringing the total to 190. Of that total, 96 have been confirmed in the past 48 hours.

According to the County’s daily COVID-19 tally release, Manhattan Beach has four and the South Bay 10 total cases of residents testing positive.

“I do want to remind everybody that if you don’t see your city on [the list], I hope you don’t take that as a sign there is no need for you to worry,” Ferrer said. “We have cases everywhere in LA County. What we are showing you are those people who have been tested. But you can assume that for every case where we are testing people, there are 5 or 10 cases in all our communities of people who haven’t been tested but in fact are infected with COVID-19 and are able to transmit that to others. This is the time for universal precautions.”

The other South Bay cities that have confirmed cases of COVID-19, through Wednesday, included two cases in Torrance, and one case each in Carson, Gardena, Inglewood, and San Pedro.

“We are going to see an increase in positive cases today, tomorrow and in the foreseeable future, likely for the next four to even 12 weeks,” Ferrer said. “But that doesn’t mean that all of our actions to really dampen the number of new case are not working. Because we cannot stop the spread of COVID-19, all our strategies are aimed at slowing the spread and we need to work hard to make sure that that happens. The slower the spread of the virus the more we are able to main the capacity of our central health care system.”

L.A. County officials on Monday announced the closure of all bars, fitness centers and movie theaters and directed restaurants to move to takeout only. Officials are also banning gatherings of over 50 people following a recommendation made by the Centers for Disease Control and Prevention on Sunday.

Earlier in the week, Ferrer said people should expect those restrictions to remain in place at least three weeks. She said it’s not yet possible to identify the impact of the social distancing measures the County has implemented or to project how long case increases will persist.

“The data really shows that even once you start being very aggressive with your social distancing measures, it’s generally been about three more weeks before we start to see a decline in the number of cases,” she said. “Now, that doesn’t mean that is necessarily what is going to happen everywhere in our country, and we could be slightly ahead of where everyone else was when they started taking aggressive measures. We also have a very robust  medical care system.”

Ferrer has repeatedly emphasized that the County’s increasing capacity for testing as well as the virus’s 14 day incubation period mean that people should expect sharp increases yet to come.

Ferrer especially urged people over 65 to leave home as infrequently as possible.

“If you are older and/or have underlying serious health conditions, you need to do everything you can to stay home,” she said. “…And we really need all of your help and assistance so people who are elderly have everything they need to stay home safely.”

*These numbers are subject to change based on further investigation. ER