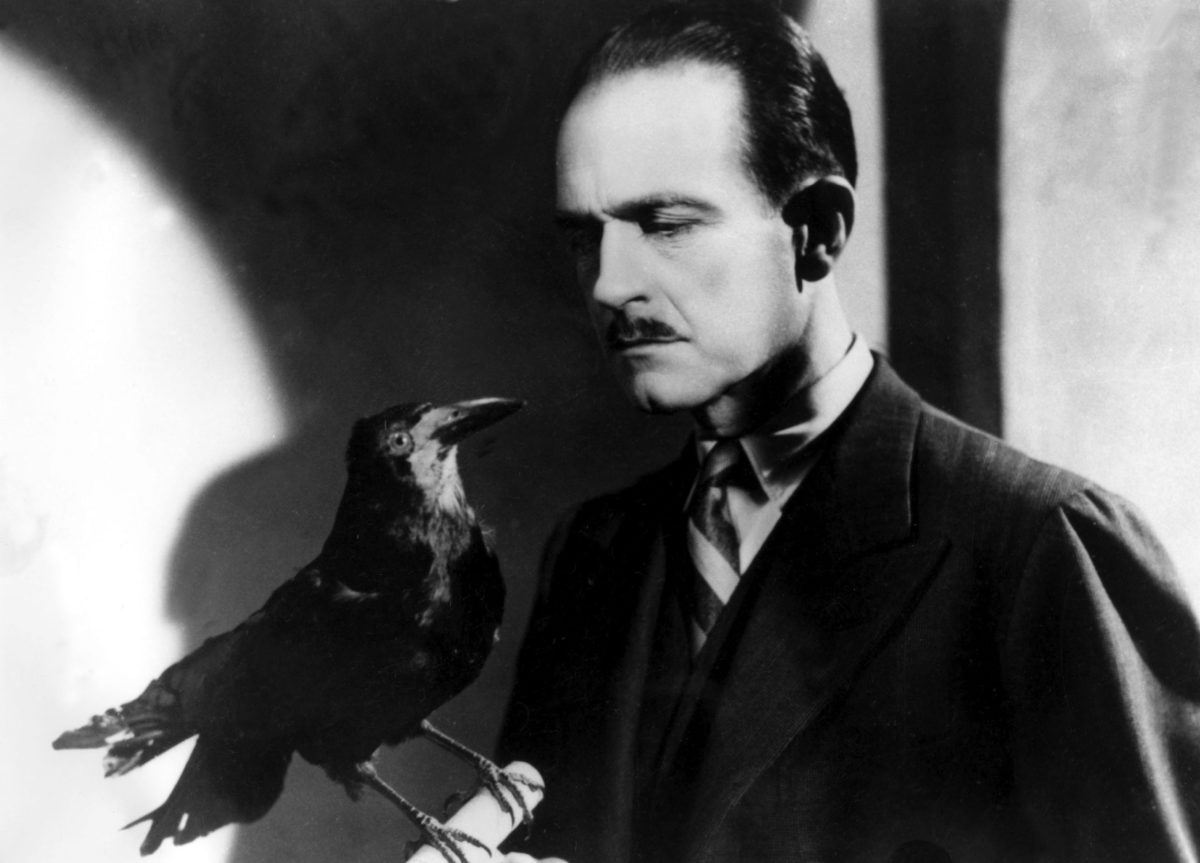 Le Corbeau, by Henri-Georges Clouzot has been reissued in a 4K digital restoration that emphasizes every shadow, angle, and atmospheric danger that lingers around every corner of this seemingly picture-perfect town.

Recognized now as an early classic of film noir, it was Clouzot’s masterpiece of psychological suspense, misinterpreted and reviled by all political viewpoints at the time. Watching this film, it is important to remember that this almost ruined Clouzot’s career, and in so doing would have deprived us of his most famous works, Quai des Orfèvres, Diabolique, and The Wages of Fear.

Opening on Dr. Rémy Germain washing his hands after attending to a pregnant woman in the rural outskirts of a small town, he reports that he was able to save the mother but not the child. Stared at intensely by an older relative, it is clear that she would have preferred a different result. Germain is non-plussed; life goes on; she can try again—but not for a few months.

Returning to the hospital, it is clear that there are factions that Germain ignores—the hostile nurse who may or may not be stealing the morphine intended for the patients; the less competent physicians who gossip about their rivals; the hospital administrator who may, or may not, be siphoning funds. It is the “may or may not” that fuels the gossip, gossip that has little import for Germain, the newest doctor in town.

Germain’s recent arrival has, however, attracted the attention of others. The nurse, Marie Corbin, is hostile and unpleasant; her sister, Laura, who married Marie’s fiancé, an older psychiatrist named Dr. Vorzay, seems to look longingly at the handsome Germain; the dying man in need of hope and painkillers, one of which he has, the other of which he has been denied; the beautiful hypochondriac, Denise, who summons the doctor at all hours, seduction on her mind; the manipulative 14 year old, Rolande, who seems to be everywhere. No one is without self-interest at the expense of those closest to them.

And then come the anonymous letters—the first directed at Germain, implying that he is an abortionist; the second to Laura, accusing her of infidelity with Germain. More start to trickle in, all signed “The Raven” and all containing a grain of truth, whether it’s the possible embezzlement by the town clerk or the alcoholism of the chief physician. Soon there is an avalanche of letters. No one is immune, but the main target seems to be Germain who might have a hidden past. 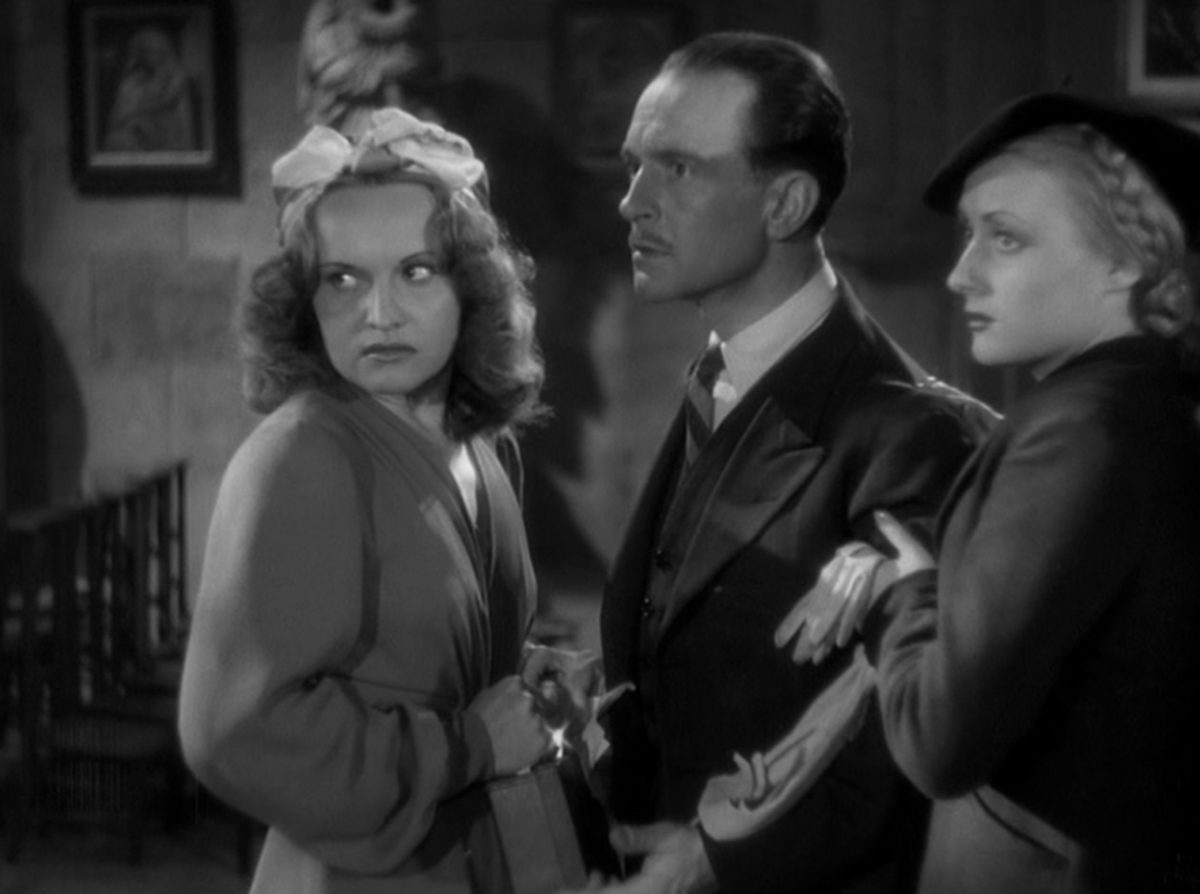 Speculation as to who might be The Raven is at a fever pitch, as neighbor turns against neighbor, friend against friend, colleague against colleague. The tone becomes more and more vicious and false accusations lead to tragic results and yet the identity of The Raven, someone among them, remains undiscovered. The conclusion of the town prosecutor? Get rid of Germain and the problem goes away. But the issue runs deeper than the presence of one man.

In so many ways, despite the greater acclaim and commercial successes of Quai des Orfèvres, Diabolique, and The Wages of Fear, Le Corbeau is their equal as a psychological masterpiece; and it is the film that almost ended his career. A screenwriter since the thirties with experience working in Germany, when the Nazis invaded France, Clouzot was approached to run the script department of Continental Films, the German-financed French film production company. It was here that Clouzot was given his first opportunity to direct one of his own scripts, a film starring Pierre Fresnay and Suzy Delair, his mistress at the time, called L’Assassin habite au 21 (The Murderer Lives at No. 21). Le Corbeau was the second film he directed, co-written by Louis Chavance.

That this film is an allegory for France during the Occupation is now universally recognized. At the time, Le Corbeau angered everyone. The Germans, particularly unhappy that their own company financed a film that seemed like a thinly disguised condemnation of their occupation, made sure that those responsible were fired, foremost among them Clouzot. The French left was offended by the implication that French citizens were spying and turning in their neighbors as this ran counter to their promotion of the French as a mighty, heroic nation. The church was outraged, condemning the film for its immoral content, casual attitude toward sex and characterization of the church and its pastor as morally weak. In short, within the film there was murder, suicide, profanity, partial nudity, premarital sex initiated by a woman, a lead character who was an atheist, and a vivid depiction of the pettiness present in all humans. Clouzot managed to offend everyone to the extent that when France was liberated he was treated as a collaborationist who put his country in a poor light. He was banned from making films for the rest of his life, a sentence that was mysteriously and quietly reduced to a ban of two years.

Clouzot did not have the luxury of leaving the country during the war, as did Jean Renoir, nor could he afford not to work. What he did do, that went unacknowledged, was show a realistic psychological picture of people under the stress of the Occupation, shining a light on their dubious actions, with neighbors informing on neighbors whether out of “patriotism,” jealousy, greed, or religious intolerance. In his book The Saboteur, Paul Kix noted that anonymous Frenchmen sent up to five million denunciatory letters. During the Occupation, the French Resistance was decimated by the wholesale denouncements of their fellow townsmen, and the deportation of the Jews was accelerated by the collaboration of many French citizens with the Nazis, something that took more than twenty-five years for the French to reluctantly begin to acknowledge, a process that continues today. The Sorrow and the Pity (1969), Marcel Ophul’s masterpiece about French culpability during the Occupation, was a first step.

Ironically, Le Corbeau was based on an actual case of poison pen letters that occurred in a small French village in 1922. Chavance came across the story and wrote a screenplay in 1932. When the opportunity arose, he showed it to Clouzot who helped him rework it into the psychological thriller it became.

Clouzot had the great fortune to work with Pierre Fresnay who had previously starred in Clouzot’s directorial debut. Fresnay, one of France’s greatest stage actors, is perhaps best known as the star of Jean Renoir’s classic anti-war film La Grande Illusion, but beloved in France as Marius in the Marcel Pagnol trilogy, Fanny, Marius, and Cesar. He brings a necessary moralistic cynicism to the character of Dr. Germain and is the solid center of the film.

Ginette Leclerc as Denise, the sexually aggressive siren desiring Germain at all costs, is smoldering and vulnerable at the same time. Micheline Francey is Laura, deceptively innocent, while Héléna Manson as her sister, the nurse, is malevolence personified. Pierre Larquey, the psychiatrist and Laura’s husband, seemingly less cynical than Germain, effectively anchors a mirrored “moral center.” A renowned character actor, he played the small but critical role of a taxi driver in Quai des Orfèvres. In Le Corbeau, Clouzot gave him one of his only leading roles.

Nicolas Hayer, the cinematographer, created the physical darkness that set the psychological tone of Le Corbeau. The atmosphere he created and the mood he set with his camera were as critical as any of the characters.

Like Quai des Orfèvres, this is a must see. Running for one week only, Le Corbeau is a crash course in the psychology of stress and what it takes to unravel a life, or in this case, many lives.

Opening May 4 at the Laemmle Royal.