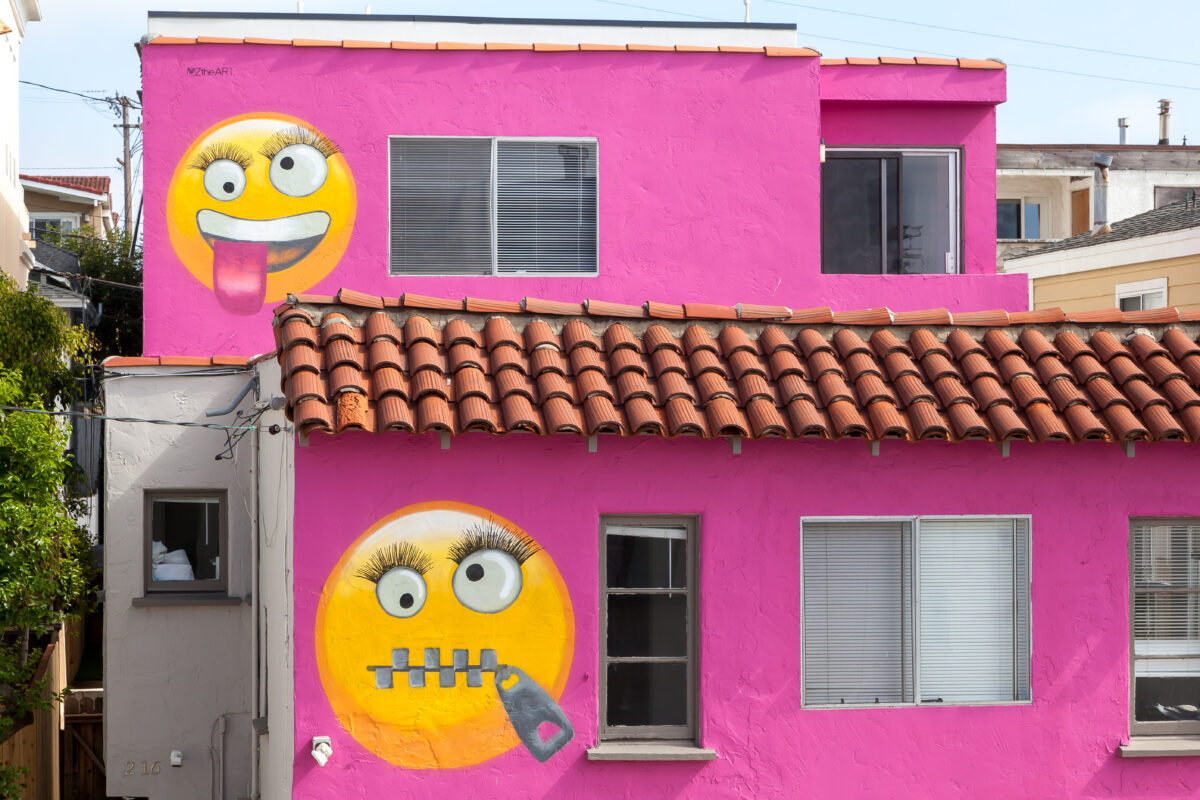 The California Supreme Court has rejected the City of Manhattan Beach’s appeal seeking to keep its ban on short term rentals near the coast, such as the Emoji House. Photo by JP Cordero

The City of Manhattan Beach’s long legal fight to uphold its ban on short-term rentals in neighborhoods near the beach was dealt a third and final blow last month when the California Supreme Court declined to take up the case.

The short-term rental ban, enacted by the City Council in 2019, will remain in place outside the city’s coastal zone. But the City will no longer be able to enforce the ban in its coastal zone, which includes all of El Porto, North Manhattan along Vista and everything west of it, the central part of town along Ardmore and west, and from 10th Street all along HIghland to the Hermosa Beach border.

The City’s ban was challenged by resident Darby Keen, who was represented by land-use attorney Frank Angel, best known regionally for his success in fighting the City of Redondo Beach’s attempts at commercial and residential development along its waterfront.

Angel said Manhattan Beach had badly overreached, in blatant disregard for state law intended to encourage broad public access to the coast. He was sharply critical of City Attorney Quinn Barrow. He noted that the court took only two weeks after filings from both sides were completed to issue its rejection.

“The California Supreme Court’s swift denial of the city’s last-gasp attempt to exclude visitors from the city’s coastal zone was totally predictable,” Angel said. “Years before this case came along, the high court had made it clear that a fundamental purpose of the Coastal Act is to ensure that state policies prevail over the concerns of local government.’ It’s hard to fathom, from a legal perspective, why the City Attorney would waste more city funds by prolonging this losing battle to block overnight visitor access to the Manhattan Beach coastal zone.”

It remains to be seen how broad the City’s legal exposure will be for enforcing what turned out to be an illegal ban. Property owners caught by city inspectors hosting short-term rentals were fined $1,000 a day. The appeals court decision issued in April, authored by Justice John Shepard Wiley Jr., flatly rejected the City’s argument that its ban had little impact.

“The 2019 ordinance had a pronounced effect: by June 2019, short-term rentals dropped, in round numbers, from 250 to 50,” Justice Wiley wrote. “The ban was markedly, although not completely, effective…Bewilderingly, the City tells us there is no evidence its ordinances reduced the number of short-term rentals in the City. The record contradicts this.”

Angel argued those who were fined for hosting short-term rentals should have their money returned.

“To collect fines from people renting short-term based on an illegal short-term rental ban, in my opinion, violates the Fourth Amendment to the United States Constitution, which protects property interests from unreasonable seizures,” Angel said. “The city must promptly refund the fines it had no right to collect. I made this request of the City Attorney back in April after the Court of Appeal released its opinion against the city. The city attorney never responded.”

In the City’s petition for the Supreme Court to review the case, Barrow argued, in part, that state law meant to address the housing shortage expressly addressed cities’ efforts to curtail short-term rentals.

The State Legislature has recognized that [short-term rentals] remove residential housing stock from the market,” Barrow argued. “In response, the Legislature has given local governments tools, and imposed mandates, to facilitate the creation and maintenance of long-term housing stock. For example, the Housing Crisis Act of 2019 provides that local governments may adopt policies that prohibit the ‘commercial use of land that is designated for residential use, including, but not limited to, short term occupancy of a residence, consistent with the authority conferred on the county or city by other law.’”

Other laws, of course, include the California Coastal Act, and the agency charged with its mandate to protect access to the California coast. The City met with Coastal Commission officials prior to implementing its ban, which it later argued was already implicitly in place prior to the City’s development of its Local Coastal Plan (a document the Coastal Commission oversees), and so did not need to comply with its dictates.

Angel, in his answer to the City’s petition, argued that this case had nothing to do with state housing law, and everything to do with the California Coastal Act. He took his argument a step further and argued that Manhattan Beach has a history of exclusionary housing tactics.

“Categorical STR bans fly in the face of Coastal Act policy mandating “maximum access” to the coast, and “recreational opportunities” for “all the people . . . .They foreclose coastal recreation opportunities for individuals and families from inland areas, often from low-income communities and from communities of color who have historically been denied the benefits of coastal recreation,” Angel wrote. “In the 1920s, Manhattan Beach infamously seized and demolished a thriving Black oceanfront resort business, Bruce’s Lodge, in a racist effort to ban Black beachgoers from town. To this day, it hasn’t made amends by offering an apology.”

Barrow responded to this argument testily in a subsequent court filing.

“The City is disappointed that Keen devotes a substantial portion of his Answer to inflammatory statements unrelated in any regard to the legal issues or the dispute between the parties,” Barrow wrote. “This effort to cast the City in a negative light based on citations to a news article concerning an entirely different matter is misdirected at best, if not a patent effort to litigate by reputational attacks and divert the Court’s attention from the issues presented in the City’s Petition.”

“The California Supreme Court made a big mistake,” Napolitano said. “This is an issue of statewide importance —  not just because it’s an issue of local control, it’s also an issue of housing. The Coastal Commission has made it clear that they want to force us to allow short-term rentals, however, that flies in the face of what we’ve been told is the State’s number one priority, which is housing. All this does is ensure that long-term renters in our coastal zone will be kicked out to make way for short-term rentals with a revolving door of people who aren’t invested in our community. Profits over people is a direct threat to what makes Manhattan Beach special and it’s time everyone wakes up and realizes that before it’s too late.”

The state appeals court will decide if the City is subject to paying Darby Keen’s legal fees, which a trial court denied. Those fees would likely be close to $1 million. But Angel said the larger liability the City faces is if those who lost revenue from the ban seek redress.

“The City may face other, more significant liabilities, having unlawfully excluded visitors from short-term vacation rentals in the Manhattan Beach coastal zone, and deprived homeowners in the coastal zone of their right to offer short-term rentals,” he said. ER