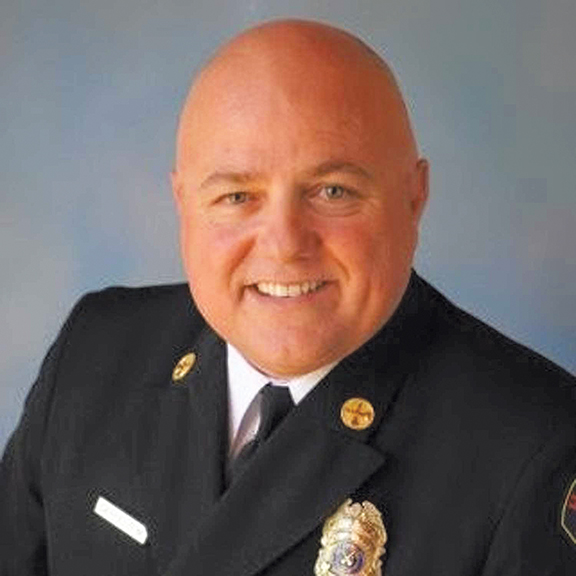 “This is an important issue,” said Dan Shinoff, the attorney representing Drum. “This is about freedom of the press and the public’s right to know what is going on. We are talking about tax dollars here.”

“Really what this is about is clearing my good name and protecting my reputation,” said Drum.

The former chief was fired by the City of Manhattan Beach on June 19 over language he used on a conference call with regional public safety officials, during which he urged a negotiation tactic of “not taking our foot off their throat,” as well as comments on a local podcast in which he spoke sympathetically of a police shooting that happened near his former jurisdiction in North San Diego County.

In the wake of the May 25 incident in Minneapolis, in which a police officer kept his knee on the throat of George Floyd for 8 minutes and 46 seconds, strangling him to death and sparking nationwide Black Lives Matter protests, Drum’s language drew immediate action from the City of Manhattan Beach. On June 19, City Manager Bruce Moe announced Drum had been relieved of his duties and his employment agreement with MBFD had been terminated.

“We need thoughtful leaders offering voices that are open and inclusive,” Moe said in a statement. “Chief Drum’s recent comments do not reflect our core values as a City, and an immediate change of Fire Department leadership is in the community’s best interests.”

The city released a 67-second excerpt of the conference phone call with the South Bay Regional Communications Center in which Drum, apparently referencing negotiations with a service vendor, made repeated use of the phrase.

“I am comfortable continuing to move forward, but not letting our guard down and, pardon my vernacular, but not taking our foot off their throat, either,” Drum says on the recording. “I think our foot —  your foot —  needs to be clearly on their throat, and they need to feel it, and they need to feel that constant pressure every single day, that we mean business….I am comfortable continuing down the path as long as your foot is firmly on their throat.”

The RCC meeting occurred June 16. The podcast comments, on the South Bay Show, were made earlier that same week. Drum was featured on the podcast, hosted by Jackie Balestra, along with Manhattan Beach Police Department Chief Derrick Abell in an hour long discussion that focused on both COVID-19 and civil unrest as public safety issues.

Drum spoke at length about a variety of topics relating to public safety during times of crisis, including his experience as a 9/11 first responder going through the pile of rubble at the former World Trade Center and his empathy for the challenge police officers face regarding the use of force. He noted that his brother is a police officer and recalled a police shooting incident in a nearby jurisdiction when he was working in the San Diego area.

“I put myself in the shoes of the officer and I could not imagine doing anything else than what he did,” Drum said. “And it was portrayed in the media poorly and it caused demonstrations, potential violence. Chief Abell and I have had the conversation previously that you’re one good shooting away from civil unrest. And now it’s changed to you’re one violent interaction [away], and the officer oftentimes doesn’t control the level of violence that comes with that interaction. The person that they’re in contact with is really the one in control. If you comply, there’s no violence; if you respond with violence, then the officer has no choice. So with social media and the cameras, there’s one violent interaction — regardless of whether it was appropriate or not — away from civil unrest.”

Drum, 55, was appointed fire chief in April 2019 after serving 24 years as a firefighter, battalion chief, and division chief in fire departments in the San Diego area. He still serves on the school board for the Ramona Unified School District in North San Diego County. His arrival in Manhattan Beach appeared to be a positive turning point for a department that had issued a vote of no confidence in the previous fire chief, Robert Espinosa. Drum attempted to create a more inclusive work environment and said that MBFD firefighter’s had “servants’ hearts.”

“People get into this business because they want to help people,” Drum said in an interview last year.

Drum has declined comment since his firing, hoping instead to defend himself through his appeal hearing. The first step of that appeal process was the Dec. 3 hearing, which was scheduled to take place via Zoom, with mediator Tony Butka. Shinoff, his attorney, said the city, which was represented by attorney Rebecca Green of Richards Watson Gerson, seemed taken by surprise when he asked that press be allowed to witness the hearing. Shinoff said he in turn was surprised that the city cited privacy rights.

Green acknowledged that the hearing had been continued.

“The parties agreed to adjourn the hearing last week to reach a mutual understanding of some procedural issues,” Green said.

Moe said that the City believes that the right decision was made in letting the fire chief go.

“The City is confident in its decision to terminate Mr. Drum’s at-will employment, based upon Mr. Drum’s insensitive and inappropriate comments that were made in poor judgment and do not reflect the values of the City of Manhattan Beach,” he said. ER