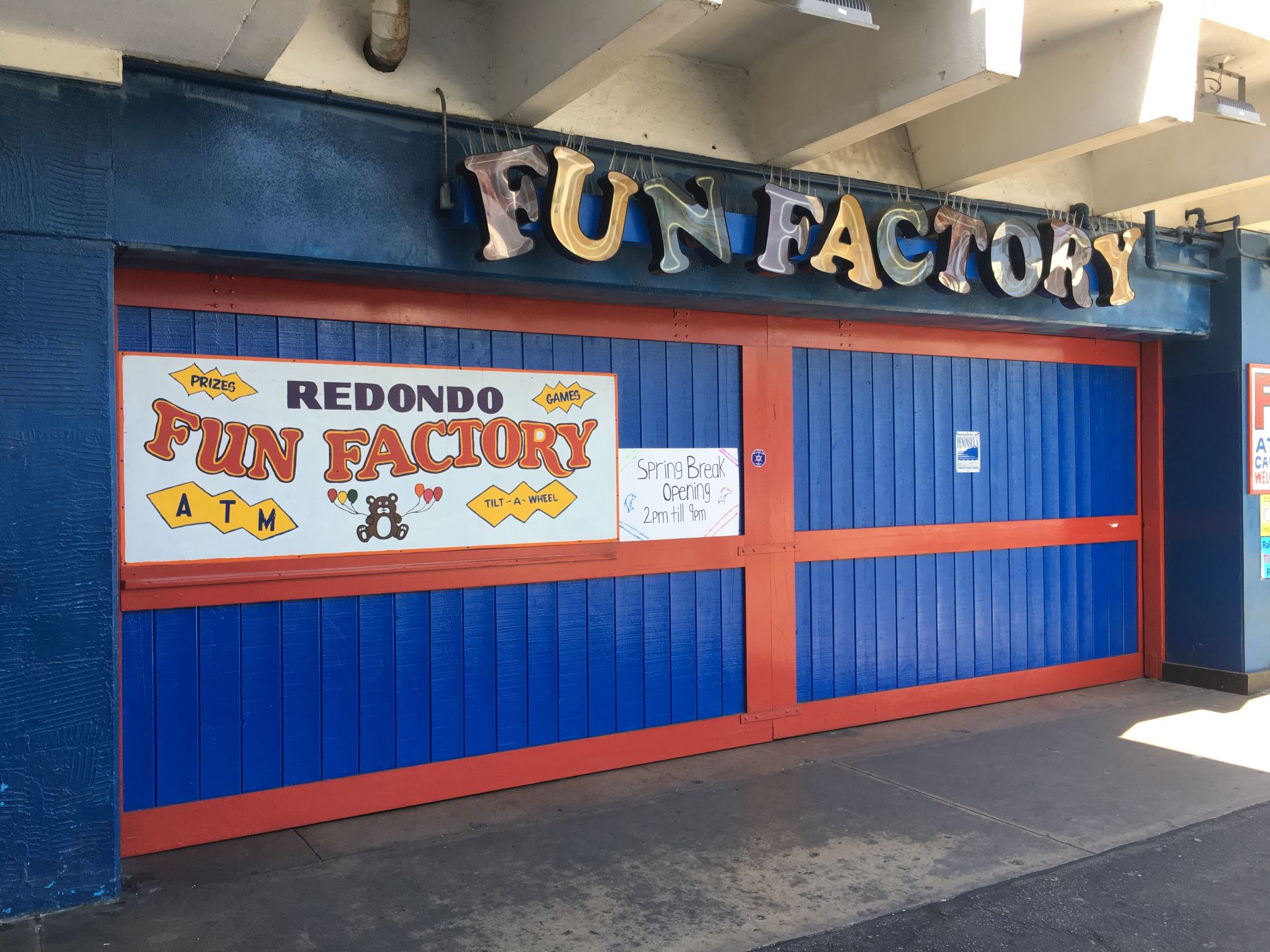 I agree that Manhattan Beach firefighters provide excellent service, but I also believe that it is a broken system [“City Council  delays decision on County Fire,” ER Sept. 19, 2019]. MBFD has 26 personnel to provide fire and rescue services out of two stations. Not included are the three battalion chiefs and the fire chief who provide operational support. That is eight staffed positions per day, plus one battalion chief, for two stations. They currently cannot handle the call volume of the city without mutual aid from surrounding cities. MBFD requested mutual aid from L.A. County Fire Department 227 times between Jan. 1, 2018 and Oc.t 1, 2019. They also receive mutual aid from Redondo Beach Fire Department. They are regularly using these other resources to transport Manhattan citizens to hospitals and provide paramedic services, thus diminishing the coverage of the other jurisdictions.

How long before these cities with their own heavy call volumes decide not to provide this service? The County has 12 district stations within five miles of the City that can provide continuous service. There are ways to solve these issues without County Fire taking over, but that will come at a high cost to the city. I encourage the Manhattan City Council to approve Phase II of the County proposal so the real savings and level of service that the County can provide will be established.

Having first moved to Hermosa Beach in 1978 I’ve seen many City Council members come and go. Some were good, some were bad. Some were here to build their resumes for higher office and some are currently here to push their personal ideology. I served on the Hermosa Beach Planning Commission for 12 years and I’m proud to support Trent Larson for the City Council. I urge you to do the same. Please vote only once. “Single-shot vote for Trent Larson.” Hermosa needs change. Trent Larson can provide that change. Let’s take our city back.

I have lived in the area for over 47 years and over 40 years in a dwelling on the south side of Longfellow and Ardmore avenues. This was a real neighborhood until the start of gentrification, which displaced all my immediate neighbors. The troubles started a few years ago, when they destroyed three duplexes across from me to replace them with modern duplexes. One of them got permission from the city to have the garage on the Longfellow side, taking at least three parking spaces away. Not only were we distrubed for a number of years with all the building and dust and noise and destruction of the sidewalk borders and street sign but also a lack of parking. When the city decided to repair the damage caused by the construction equipment, they forgot to repair the destroyed sidewalks. I had to call them and send them pictures of the damage to remind them to repair those. They did, three weeks after my call. Then some of the heavy equipment broke one of the signs in front of my property, causing damage to the door of a visiting friend’s car. I called the city again to replace the sign pole, which they repaired two weeks after my call, but with a sign showing the wrong dates of the week. Two weeks later they corrected the sign.

Now we have had to deal with more construction across the street six days a week. Because of the construction, there is no parking available on either side of the street, particularly on garbage collection day and cleaning day. You would think City Hall would have bothered to do a study on the impact of the construction on the neighborhood and its inhabitants.

The older dwellings dating from the late ‘40s are mostly on the south side of the street. In those days households only had one car and usually a lot smaller than they are nowadays. Now there are usually two cars per household and no space in the old dwellings for the second car. So normally residents park their car in front of the garage by the sidewalk.

Now City Hall has decided to ticket the cars parked in front of the dwellings. I got four tickets while absent for a medical intervention. I was told that in case of a wheelchair needing to use the sidewalk, the cars should not be parked blocking the sidewalks. You would have to be an extraordinary athlete to go up the hill in a wheelchair, and suicidal going down the hill.

In my over 40 years living in my dwelling, I have never ever seen a wheelchair on Longfellow . There is ample room for any pedestrian to walk on either side of the street without having to go off the sidewalk. So I feel this is actual harassment on behalf of City Hall.

In light of the Teen Choice Awards and the poor planning or even lack of planning for the event, causing hardship for the residents to find parking and causing the local business to lose money, I have just received in the mail a notice for a public hearing for a dwelling on Longfellow Avenue. I will go to the meeting, as I have done in the past, but I doubt very much that our concerns will be heard and to tell you the truth, another disruption on our street and little regard for the residents is a bit much to swallow. We are all fed up. There is one remedy through the day of elections in November.

On any day of the week (Tuesdays through Thursdays, sorry Fridays are iffy) you can try to speak to one of our Hermosa City Council members, but before one is honored by the presence of a member one must hop through some obstacles. These include filling out forms to be granted permission to speak. Also, one is told to go upstairs or downstairs depending on the subject. If I didn’t know who I was talking to then, I wouldn’t know who I was talking to now, since none of our city employees has a name tag. How is three minutes of speaking time at a city council meeting supposed to be a logical amount of time to express one, two or three serious situations? I’ve attended several of the City Council meetings of late but to my dismay I’ve always walked into a chamber that is scheduled up to the very last moment, sometimes starting up to an hour late because of closed door sessions with attorneys.

The one department in our city that seems to understand what a civil servant is, is the Police Department. The Hermosa PD are always there when we need them and in fact several members of the department walked around and introduced themselves, and had an eye on the South End, I thought was really great.

Normally this part of town gets canvassed by City Council members candidates. Some of us however are mystified as we’ve seen nobody at this end of town for quite a while. If our political fathers and mothers are going to kiss babies, don’t just kiss babies on Pier Avenue or at City Hall.

All of the struggling businesses at the south end of town understand professional business schedules. All of the business owners down here work an average of 14 hours a day six days a week. Should any member of the City Council feel like taking a stroll our way, I invite them to do so, maybe bring the new city manager, and the new assistant.

Just give the cops all the city’s budget so they can drive around like road pirates and ticket the taxpayers as revenue generators for the ruling class [“Hermosa Beach officers’ departure reveals recruiting difficulties,” ER Oct. 10, 2019]. What a joke.

Wishing Steve Shoemaker a happy retirement. I brought my 105-year-old aunt out to visit the Redondo Pier, and she hadn’t been there since before the Fun Factory side was built. She loved the old fashioned carnival atmosphere, and our day was a success because of the Fun Factory [“Fun Finale: Redondo Fun Factory to shutter Sunday,” ER Oct. 10, 2019]. Thank you.

Steve Shoemaker got $9 million to leave nine years early, actually. That deal was made in 2017. He’s got a lot of nerve claiming his employees are hurting when Shoemaker is the one who sold them out when he didn’t have to [“Fun Finale: Redondo Fun Factory to shutter Sunday,” ER Oct. 10, 2019]. He could have torn up that entire deal and continued on, but chose to keep the $9 million and stay open, blaming everyone else for something he made the choice to do.

Justin Massey is an extremely effective and dedicated Hermosa Beach City Council member. I have been able to observe this firsthand over the past two years. Justin is the whole package. He is in public service for the right reasons. He wants to make sure we have the highest quality of life possible in our community, not only for his family, but for yours as well. He takes to heart that public service is a sacred trust and he walks the talk. Justin is always willing to roll up his sleeves to tackle the most difficult of challenges in a solution-focused manner. He takes issues to task with the integrity and due diligence we require and deserve as tax paying residents.

Justin is also a great colleague to his fellow councilmembers, city staff, neighbors, and partnering agencies. He is fair-minded, considerate, and collaborative at all times. We are  fortunate Justin wants to continue his public service to Hermosa Beach and bring his four years of city knowledge and experience to continue leading progress on all levels. Please get out the vote for Justin Massey on Nov. 5.