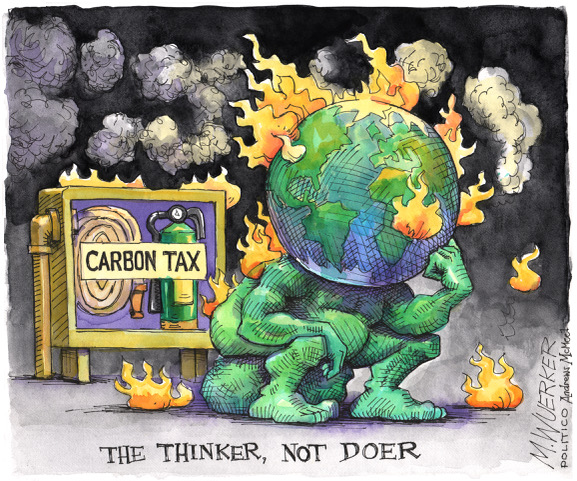 Leash in the law

Hermosa is acting irresponsibly in its leash law revisions. Manhattan Beach, Redondo Beach, and El Segundo have made room for citizens to let their dogs run off leash, but not Hermosa (“$250 fine for dogs off leash, and dogs on the beach,” ER Oct. 28, 2021). Rather than trying to include dog owners, and their dogs in a healthy lifestyle, Hermosa is moving to limit them. This is unnecessary, since there is an easy solution: set a time frame when Valley Park has little foot traffic, say in the early morning. A police presence, or a volunteer in policing, perhaps with his or her own dog, would be a much appreciated supervisor. Citations would be issued to irresponsible owners, allowing the rest of us to enjoy ourselves.  With the new laws, Hermosa is farming its responsibilities out to the other beach cities.

It is unfair that Hermosa Beach’s public workers have to clean the debris of the man who lives outside the bathrooms at 2nd Street, and The Strand. They cannot clean the area properly because he is always there. People are hesitant to use those bathrooms.

State representatives in Sacramento have attempted for years to eliminate lots zoned for single-family homes, and they’ve finally succeeded. Governor Gavin Newsom signed off on SB 9 and SB 10, allowing the building of multiple homes where before only one was allowed. There’s no requirement for parking spaces, or consideration of infrastructure, such as power, water and schools, or open space for trees whose canopies naturally fight overheating. In already built-out neighborhoods, the result of these bills spells disaster. Local Assemblyman Al Muratsuchi and State Senator Ben Allen rightly voted against these bills. Why other state legislators voted for them is perhaps explained by their loyalty to unions and builders. It’s a farce to think these bills would actually help with the affordable housing issue, and not ruin neighborhoods. Fortunately, there is hope. The future of our local neighborhoods depends on an initiative penned by local representatives. Redondo Beach Mayor Bill Brand, Yorba Linda Mayor Peggy Huang, and Councilmember for the city of Brentwood, Jovita Mendoza, wrote it to take back local control. Please go to StopSacramento.org to see how to help fight this senseless state overreach. Be one of the one million signatures needed to get the measure on the Nov. 2022 ballot.

Ed Sarmeiento seemed quite competent as a Hermosa Beach City Clerk. I’m sure many residents will be sorry to see him go. Under the current city administration, we’ve lost our Parks and Recreation Manager, two public works directors. and an Environmental Analyst. I hope the city council and respective city commissions including the Parks & Recreation Commission, the Planning Commission & the Public Works Commission have taken a look at exit interviews of these key staff members to see if we can better retain competent help. Second I hope the City Council revisits its decision to have the City Clerk report to the City Manager. The City Clerk is critical to  transparency and accountability in that he/she ensures the public has access to  non-exempt records. The City Clerk used to be an elected position and this served the objective of transparency and accountability in city government.

The Critical Race Theory story could not have been more biased (“Critical Race Theory fears lead to attack on Manhattan Beach School Board,” October 21, 2021). Just because an official program called “Critical Race Theory” is not being trotted around in a district does not mean that those lies are not being taught in the classroom. Teaching children to view people as either “oppressors” or “oppressed” is all part of Critical Race Theory. Conservative activist Christopher Rufo has rightly exposed that not only are these pernicious views invading the classrooms in California, but teachers’ unions and “educrats” alike are changing the names so they can get away with it. Parents in Manhattan Beach have a right, and a duty to ensure their underage children are not taught all kinds of sexual deviance, and perversion under the guise of “diversity, equity, and inclusion.” Manhattan Beach parents like Fred Taylor should be commended for calling out the corrupt indoctrination that is happening in Manhattan Beach Unified School District. Journalism used to be about holding elected officials accountable and giving voice to the concerns of the voters. Easy Reader journalism has really fallen in quality and character. No wonder fewer people are purchasing subscriptions.

When the Manhattan Beach City Council limits its focus to the lawful enforcement of eminent domain against Willa and Charles Bruce’s beachside resort, the council detracts from the true injustice of the case, and trial in 1924-29. This injustice should weigh heavily on everyone’s sense of fairness (“City Council spars over Bruce’s Beach plaque,” ER Nov. 4, 2021). It just gives more credence to the only statement of value and importance at the time. It was when at the end of the trial Willa Bruce said, “…the attempt to make a park out of these two blocks was a direct slap at us because we were not born white people.” Why is the City Council focused on those who conspired for the indefensible rather than someone who was punished for dreaming? Willa Bruce died in poverty.

What an amazing Leadership Redondo project (“Installation to honor RBPD’s Amador Espinosa,” ER Nov. 4, 2021). Amador is looking down ,and so happy to see his family and community bonding together over his work and dedication. I’m sure he was a humble man, but it is wonderful to see this tribute! Thank you Leadership RB Class of 2019 for recognizing the importance of Amador’s work in the community.

I first remember hearing about Flip Coca and thinking “what kind name is that?” When I saw him ,with his bushy black hair I realized that ‘Flip’ was a pretty cool name (‘Flip’ Coca turned Lakers fandom into a career,” ER Nov. 4, 2021). Although we were not close friends when we were young (he was two years older than me), we grew up together in the Manhattan Beach Tree Section. At Center, when I was in the 8th grade, I sat next to Kim Nieto West. When she came to class with red eyes, I knew she was up to something. At Flip’s paddleout last week, I learned what she was doing. She was hanging out with Flip. No wonder she was in such a good mood. Flip and I reconnected over the past two years. One night at Critters (North End), he let me try on one of his Lakers Championship rings. It was heavy, but fit. When I tried to give it back he said, “No, no, keep it for a while!” Now, I don’t know if you know what it’s like for a guy to give you a ring, but it’s a pretty good feeling. After a week, I finally got it back to him. I posted a picture of me wearing the ring on Facebook as a tribute to that time and Flip’s generosity. The last story I want to share is this: Brigid and I agreed to meet Flip at Tower 12 to watch a Lakers’ playoff game and have some dinner. We got there early to reserve a good table, but there was a long list of people waiting, and the best table had already been reserved. I called Flip, and he said, “Come over to my house first (on 9th street). It was a short walk. When my wife Brigid and I got there, he was chilling out on his patio, drinking a Vodka OJ. We downed a quick drink and made our way back to Tower 12 where I knew we wouldn’t get in. Wouldn’t you know it, Flip had already reserved the best table and we had the best seats in the house. The Lakers won, and Flip surreptitiously ordered a round of Kamikazes. Now, I am not a fan of kamikazes, but what do you do when Flip is raising his glass to you? He finished his shot, and told us he was going home. Brigid and I were shocked! Don’t we need to settle the bill? Flip had already talked to the owner, who comped us the dinner and drinks.

During Mr. Giambra’s class at Center School I used to sneak out while he was turned to the chalkboard. I’d had sugar cravings at an early age (‘Flip’ Coca turned Lakers fandom into a career,” ER Nov. 4, 2021). So I’m making my way to AM/PM ,and on the way back I see two super cute guys playing basketball in their driveway. I was not shy then. So I walk down the driveway and introduce myself to the two guys who turn out to be Flip Coca, and his older brother Mike. I fell hard for Flip instantly and he for me. I snuck back into my seat in Mr. Giambra’s seat, and was excited when school ended to see Flip. We talked for hours, and when it was time to go home, he offered to ride me home on the handlebars of his bicycle. He rode me home like that on many nights. One time I was super super sick and asked him if he wouldn’t mind bringing me a bag of Funyuns. He showed up at my house with about eight bags. I ate every single bag, and didn’t touch another bag of Funyuns for years after.

At some point, things got very complicated and we went our separate ways but I never stopped loving him because he was a one of a kind guy. I never asked for anything when it came to his job with the Lakers. So I didn’t really know what his job entailed. But he must have kicked ass at it to get the respect from the Buss family that was evident at his memorial paddleout.

Letters to the Editor