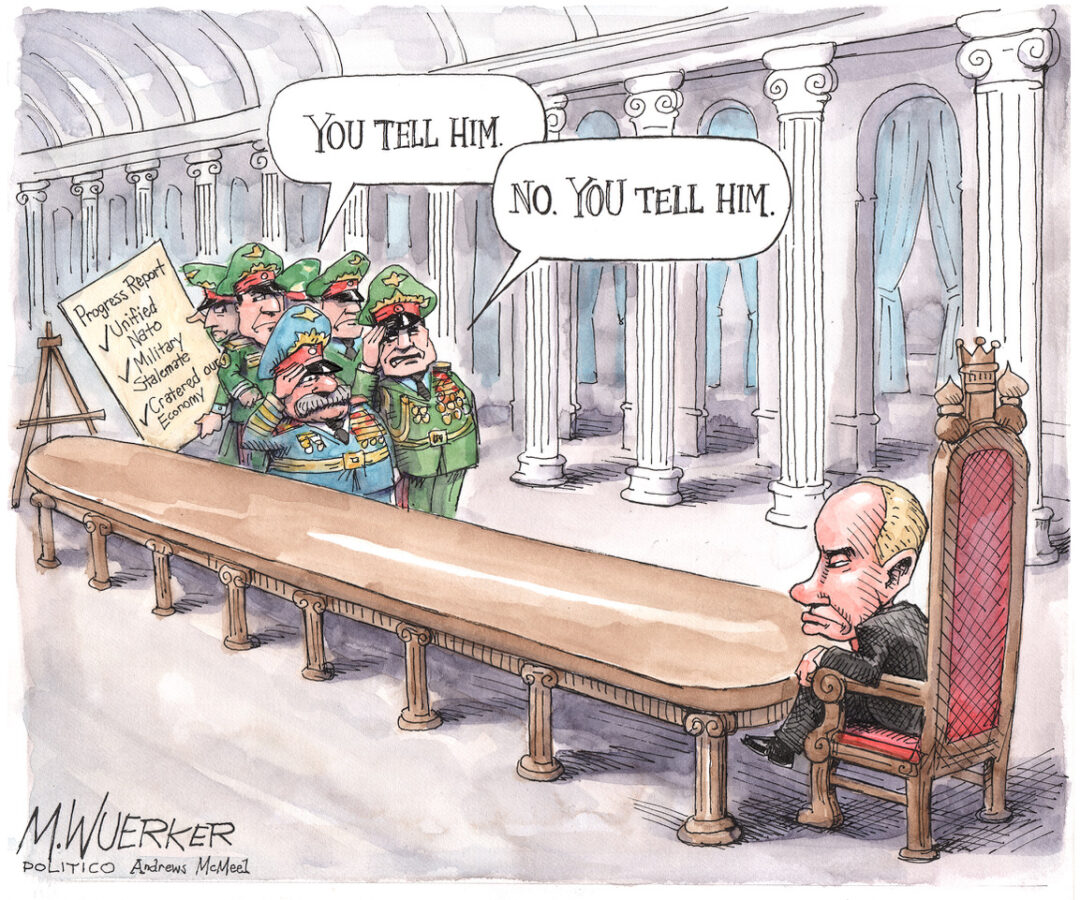 As a Redondo Beach City councilmember, I was recently inundated by resident complaints about electricity bills. Some bills exceeded $600/month for 1,100 square foot apartments. Our family bill experienced a 68 percent monthly increase, supposedly due to cold weather, but there’s one problem – we have a gas furnace and water heater. This isn’t limited to Redondo Beach. I received complaints from Hermosa, Manhattan, and Torrance too, of bills doubling, tripling and quadrupling for teachers and seniors on fixed income who can’t absorb increases. One senior resident dramatically turned down her heat to afford the next bill. Do we really want this happening to protect corporate profits? The Redondo Council recently invited representatives from Southern California Edison (our electricity transmission/distribution provider), the Clean Power Alliance (our electricity generation provider), the Public Utilities Commissions (CPUC), and SoCal Gas. We asked them to explain the outrageous bill increases and “phantom usage,” or usage when people aren’t home, or in the middle of the night when people sleep. Their response; our meters are accurate and usage fits normal patterns.

Edison petitioned and received a rate increase from the CPUC last summer to pay for liability insurance and damages from wildfires caused by deferred maintenance and prevention. CPUC said the average bill would go up about 3 percent. Guess what – it went up much more. Edison dropped lower rate plans and invented new higher ones, a game to avoid high-rate increases.

Edison’s a very profitable, $25 billion corporation. It should reinvest profits into its infrastructure, not saddle consumers with huge rate and bill increases.

Mark McDermott’s two-part series on Councilmember Suzanne Hadley (“Hadley’s Crusade, ER Feb. 10, Feb. 24, 2022) merely scratches the surface of her many partisan efforts, but she has now taken her offenses to another level. This Thursday, March 10, the Manhattan City Council is holding a study session to write Bruce’s Beach plaque language, as the council has twice been unwilling to accept recommendations provided by the Bruce’s Beach History Advisory Board (“HAB”). Hadley has repeatedly promised she “will not brand us with a Scarlet R,” and arrogantly suggested she could do a better job crafting language for the plaques herself, because “if I can’t write 200 words on any subject you give me, I don’t deserve to be on City Council.”

In opposition to numerous community objections, Hadley has submitted her own recommended language, which removes all reference to the eminent domain action being racially motivated and, in fact, erases all references to any racist acts that occurred in the 1920s. Missing, also, is any mention of the fact that it took 30 years to create the park that was the rationale for use of eminent domain. At the November 2 City Council meeting, Hadley voted against accepting the HAB’s proposed plaque language, even though that language was based on the HAB’s history report, which was meticulously researched and vetted by historians. Hadley argued that “there is no unbiased historian in any college anywhere,” and further stated that an unbiased historian was a “mythical unicorn in the forest.”  Now, Hadley has amplified this same disdain for history and historians by rewriting her own stripped down and whitewashed version of the Bruce’s Beach history, ignoring all documented histories to date, including the one written by the HAB, accepted by City Council, and posted on the city website.  Councilmember Hadley’s behavior is audacious at best and monstrous at worst. Rewriting history to pretend there was no racism 100 years ago will go much further to “brand us with a Scarlet R,” than merely telling the truth and moving on, which is all most of us want.

“Exercise caution when calling someone [hyperliterate]”? (“What would Dostoevsky say?” ER Letters Feb. 24, 2022). Give me a break. The letter writer had to dredge up a three-year-old YouTube video of Manhattan Beach Councilmember Suzanne Hadley to prove what? That he is smarter than her? Clever catch, by the way, of Hadley’s use of an “adjective” in place of an “adverb.” The letter writer obviously spent an inordinate amount of time researching Hadley’s educational background, and psychological leanings, especially Freudian. It’s obvious he is very well read. He even mentioned a Ukrainian writer. Very timely, indeed. Hadley is doing her job as a concerned citizen, and represents viewpoints shared by many others. The letter writer is entitled to his opinion. However, his approach is “off putting.”

Manhattan Beach Councilmember Suzanne Hadley doesn’t listen, does she? Despite the many requests from the Manhattan Beach School Board asking that she stop reading passages from the book because small children were sitting a few feet away, (and she says she cares about kids?), despite being assured that the Mira Costa library doesn’t own a copy of the book, or that the book is not featured in the curriculum, she barreled ahead with her diatribe. The most disturbing thing to catapult from her mouth occurred on June 30, 2020 as she was being interviewed by an MSNBC reporter: “This is not the plague.  I don’t know anybody who has died; maybe  you do.”  Later, “We don’t have bodies stacked up. We haven’t lost 50 percent of our loved ones.” At about this same time, 100,000 Americans had already died in the pandemic. And, in some of our local hospitals, bodies were stacking up. Does she read? She says she is used to people not liking her.  Understandable, but is this the kind of person you want to lead your city?

To date, special events have never been held at Bruce’s Beach Park, the 8th Street Park or the Larsson Street Park, with large crowds, amplified sound and increased traffic. Quite simply, these three small parks were never designed or intended for such demands. being quietly situated between homes in the area. Bruce’s Beach has an incredible open space vista of the Pacific Ocean, and the two pocket parks are a safe space for small children to play.  In 1989, Council adopted its first Special Events Policy, limiting special events to 15 per calendar year. In 2018, the Council revised the 1989 Special Events Policy, eliminating the cap of 15, but specifically excluding these three small parks. “We identified three locations that are not eligible for special event permits…because they are small and sensitive.” When Council adopted the new policy, they recognized the severe negative impacts on residents who lived adjacent to these three small parks. By nature, special events are large gatherings with amplified noise, a PA system and music, and increased traffic. Due to Bruce’s Beach being a small park that is quietly situated between homes, and its topography with a steeply, terraced grassy hillside, it would be wholly inappropriate to hold any special event at that location. For example, our City would never move our Earth Day special event, or any other special event, to Bruce’s Beach. Let’s keep Manhattan Beach, Manhattan Beach and continue to prohibit special events at our small neighborhood parks.

Put up a parking lot

First of all, we have lots of respect for the ADA (American for Disabilities Act). But having a granite trail on the Hermosa Beach Greenbelt will attract more e-bikes and supermarket carts.

These will destroy the Greenbelt, the only green area we have in Hermosa Beach.

The Putin of Pot, Elliott Lewis, wants a Redondo Beach City Council that will give him a monopoly on pot sales in Redondo (“Recall effort against Redondo Councilman Obagi,” ER Feb. 17, 2022). He  wrote and is funding a recall effort against North Redondo Councilman Zein Obagi. Since Lewis is not a resident of Redondo he had to find resident shills to put their names on the recall document he drafted and funded. Once again, Redondo sees an out of town business person try to line his pockets by forcing the city’s hand, using resident shills as a front.

I’m glad they stood their ground (“HBPD Association blasts city for enforcing COVID protocols,” ER Feb. 24, 2022). Body autonomy is fundamental to a free society. The people who support this are the same people who want to defund the police and then hire private security.

What are they thinking (“HBPD Association blasts city for enforcing COVID protocols,” ER Feb. 24, 2022)? There’s a public emergency going on. No one’s trying to step on their right to freedom. It’s just common sense.

Shut up and play

Unfortunately more and more of my friends, family members as well as I now say, “Who cares about the Lakers” (“All Ball Sports: LeBron, Lakers breaking up is hard to do,” ER Mar. 3, 2022). Greedy pro athletes, along with their stupid opinions, which are not listened to, are dinosaurs. Rich dinosaurs, but dinosaurs nonetheless.  Send LeBron and his likes on a slow boat to China along with Nike executives and other greedy, immoral, hypocritical, elitists.

Ban SUPs in King Harbor unless their paddlers have a license, and know right of way rules. And limit the number at any one time (“King Harbor amenities plan holds next public meeting,” ER Feb. 24, 2022). Keep the kids from swimming in the channel. Keep the security in King Harbor Marina. Ban Trump flags and ask their owners to leave. MRGA. Make Redondo Great Again.