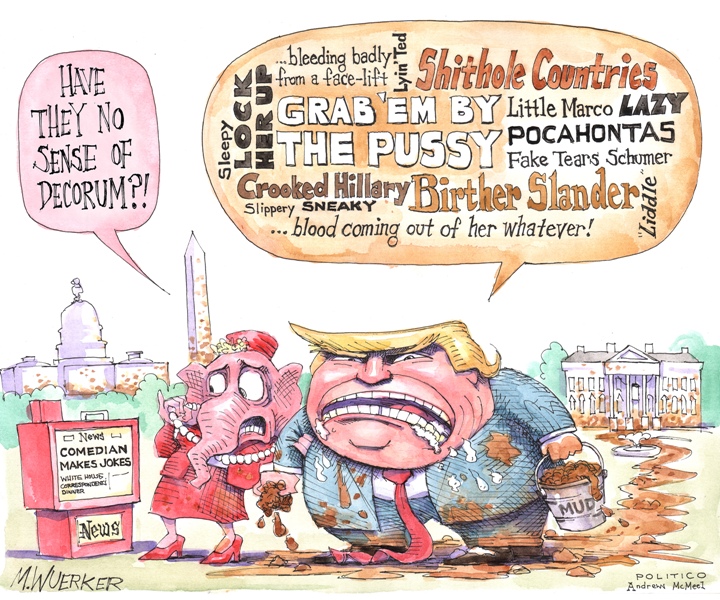 Great review, as usual (Abigaile at the vanguard,” ERNews, April 19, 2018). Foss remembers “when this address was a symbol of cultural anarchy.” I remember when it was just the opposite. My parents dropped me off at Sunday School at the Baptist church there every week from 1957 ’till 1964.

The new Metro Link may remedy much of the traffic along Hawthorne and Artesia caused by the new Galleria development (“Galleria redevelopment approved by planning commission”). I live in the southwest (Monaco) sector of Lawndale, and my street will be significantly impacted by both projects because I’m near the railroad tracks. which Metro Link will be utilizing in conjunction with the freight train. However, I am actually looking forward to both developments because… well, frankly, we  need them. The Galleria space for business, dining and entertainment is a wonderful way to generate much needed income and employment. I’m hopeful this project will be a driving force to promote even more creative and artisan small/independent business growth along Artesia and Hawthorne boulevards, as well as leverage and highlight the wonderfully diverse culture of this area — not just create a typical “corporate-out-of-the-box” gentrified site devoid of any local identity. If planned right, these new developments could be a big win for everyone in this particular area of the South Bay.

All the residential units will bring us more rich hour commuters (“Galleria redevelopment approved by planning commission,”). Residential is a windfall for a developer but a net loss for the city. More office space starts to address the workforce/jobs imbalance in Redondo. Also, as shown in El Segundo and the Rosecrans corridor, a job center brings year round weekday customers. Eliminate the housing, scale back the retail/restaurant, and add a large, class A jobs center. If we must have housing, it should be 100% affordable housing. We have more than enough market rate housing.

Homeowners and offices will bring  the best kind of visitors and owners,the kind who have pride in the space, not two hour visitors who could care less if they litter, or bug neighbors (“Galleria redevelopment approved by planning commission,”). This is great  More residents means more tax money for Lawndale as well, since they will be shopping in Lawndale. Come on…what’s the issue?

I felt like I was in the Bizarro World when reading some of the proposed changes suggested for Aviation Boulevard (“Living Street faces uphill drive,” ER April 19, 2018). I thought streets were for cars and sidewalks were for pedestrians. I have absolutely no problem walking almost daily along Aviation, on the sidewalk. It is never crowded, since most people do not actually walk, preferring to drive, on the street. Bicyclists, of which I am one, can easily and safely ride along the residential streets running parallel to Aviation. They don’t need a bicycle lane, which will eliminate one of the traffic lanes for cars.

I attended the Monday, April 23 meeting in Hermosa Beach to discuss the “Living Street” proposal for Aviation Boulevard (“Living Street faces uphill drive,” ER April 19, 2018). The presentation reminded me of when Lyle Lanley sold a monorail to the people of Springfield. Fortunately, the people of the Beach Communities were a little more critical than the people of Springfield. Many of the design concepts of the “Living Street” are not applicable to Aviation Boulevard. The Aviation Corridor is a major thoroughfare designed to move a large volume of traffic, not a quaint street, lined with picturesque storefronts, sidewalk cafés, strolling pedestrians and bicycling families. The Aviation Corridor is not Bird Rock, San Diego — a “Living Street” success story often cited. Chopping Aviation down to a two-lane street at Prospect will not improve anything — even if you rip out the traffic signal and build a roundabout to keep traffic moving. The ones who will suffer the most are the people who live in the communities bordering Aviation Boulevard. When traffic becomes jammed and unbearable, motorists will abandon Aviation and drive through the residential streets to reach their destinations. This will mean more noise, more pollution and more danger to the once quiet neighborhoods. The “Living Street” proposal is more of a Shelbyville idea.

The many who ruin it

Sadly, each day I drive on Hermosa Avenue (which is a bicyclist shared road) many cyclists blatantly ignore traffic laws and blow stop sign after stop sign (“Living Street faces uphill drive,” ER April 19, 2018). Today, as a truck was making a U-turn, 15 cyclists from opposing traffic nearly got hit and didn’t even slow down. It is the unfortunate many who ruin it for the few. Should there not be a reasonable investigation of how many cyclist would responsibly use a street before making a change? Rearranging a thoroughfare already overcrowded with traffic to slow it down, doesn’t make sense.

As seen in other cities, the removal of traffic lanes will not stop the volume of cars (“Living Street faces uphill drive,” ER April 19, 2018). It will either backup and emit more fumes into the air or even worse, move traffic to our small residential streets. Neither is a good option.

The city must want to clog up traffic so people start to drive through the residential streets (“Living Street faces uphill drive,” ER April 19, 2018).

Venice and the Valley have done this (“Living Street faces uphill drive,” ER April 19, 2018). The only thing it has accomplished is to piss people off, create noise pollution from honking, emission pollution from longer commutes and idle times. No one is on a bike or a bus. No one woke up one day and thought, “Hey I want to go to work sweaty and dirty, let’s all ride a bike.”

Is the fiasco on Herondo also part of the “Living Street” concept (“Living Street faces uphill drive,” ER April 19, 2018)? I wonder how many people using Pacific Coast Highway during the rush hour realize that the signal at Herondo and Pacific Coast Highway takes longer because Herondo was reduced each way, from two lanes to one. It takes twice as long for traffic coming up from the beach area to get across Pacific Coast Highway. Therefore, the traffic on PCH now has a much longer red light than it used to. There’s a bike lane though, and more parking meters.