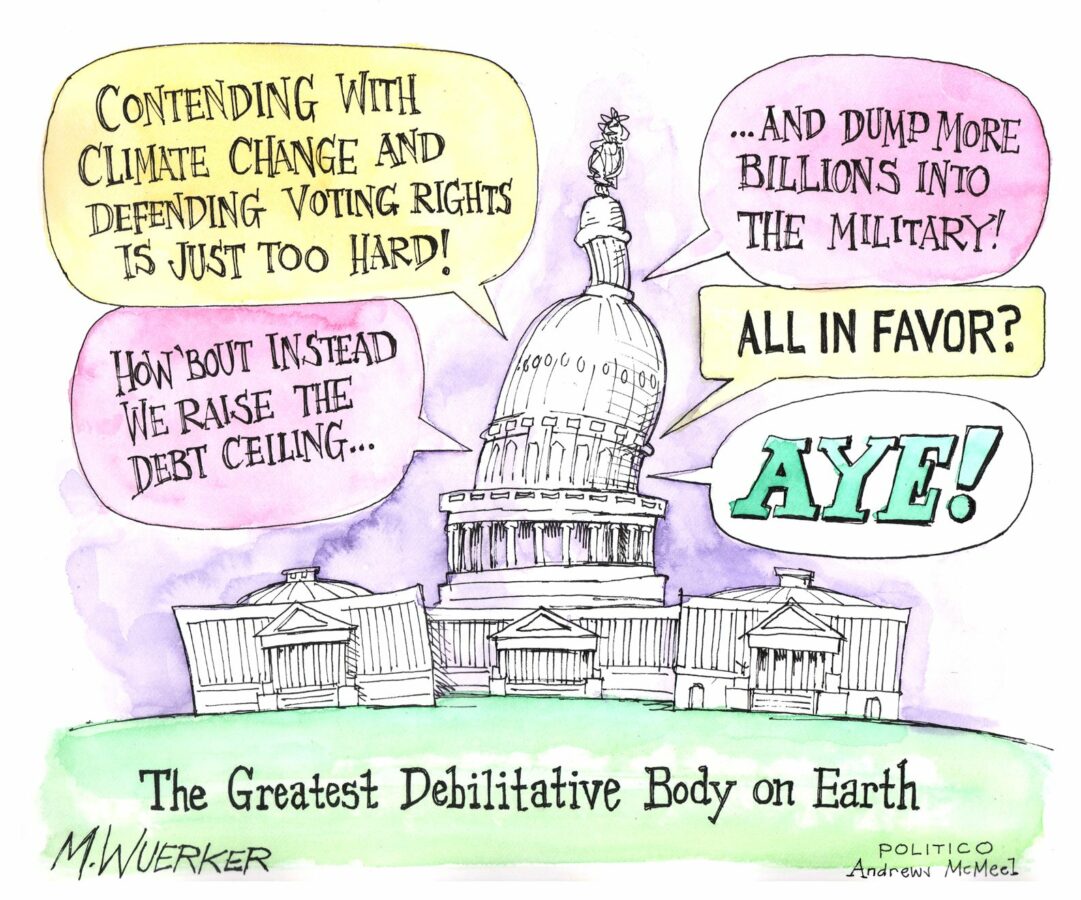 Stick to the facts

This letter (“Civil War History,” ER Dec. 16, 2021) was an outrageously unbalanced critique of our fellow citizens. To put the word freedom in quotation marks to compare concerned tax paying citizens to domestic terrorists takes some convoluted thinking. Since this pundit thinks January 6 is the reason for the “season of discontent,”I would refer her to the 1971 bombing of the capital by the “peace” group the Weather Underground or the 1983 bombing by another “resistance” group. Perhaps the crowd this past year was simply following our vice president, who famously told us protests are essential for our evolution as a country. People have different opinions, and having those opinions doesn’t necessarily make them terrorists. The few idiots who broke windows at the capital should be punished, just like the idiots who burned the federal building in Portland in 2020.

Apparently Manhattan Beach is honoring its commitment to make temporary the outdoor dining changes that were to be in place only until the indoor dining restrictions were lifted. No such luck in Hermosa. The city council just granted another six month extension to the single lane project, and the outdoor dining. I left last week’s council meeting at 10:30 p.m.  It appeared the council was an hour away from addressing this project’s extension. Your extension was done in the dark of night. So residents of 27th Street get another 6 months of unreasonably long traffic queuing at our intersections, honking, noise from speeding vehicles that ignore stop signs, near roadway pollution, nighttime traffic on Gould, and 27th exceeding 500 vehicles per hour between 9 p.m. and 1 a.m. Thursday, Friday, and Saturday nights. The noise levels are well above what’s specified in the general plan for R2 neighborhoods. And on top of it the council approved a special events schedule that substantially increases traffic onto our already overwhelmed street. Hermosa’s city manager and city council are not honest brokers when it comes to their pet projects.

They gaslight us by telling us the single lane project is temporary when you know it’s their intent to make it permanent.

This is a scam (“Redondo Beach goes to 100 percent renewable power; option to choose less.”). Solar only works in daylight. Wind only works in the wind. Biomass is very toxic.

Home for the holidays

I love Hermosa, my home town. (“Santa flees cold for police tour of balmy Hermosa,” ER Dec. 16, 2021). As a lifelong resident it is so great to live in a town that has so many great events for residents. Not to overlook the beach community, amazing beaches, pier, food, and shopping. We are the envy of many. 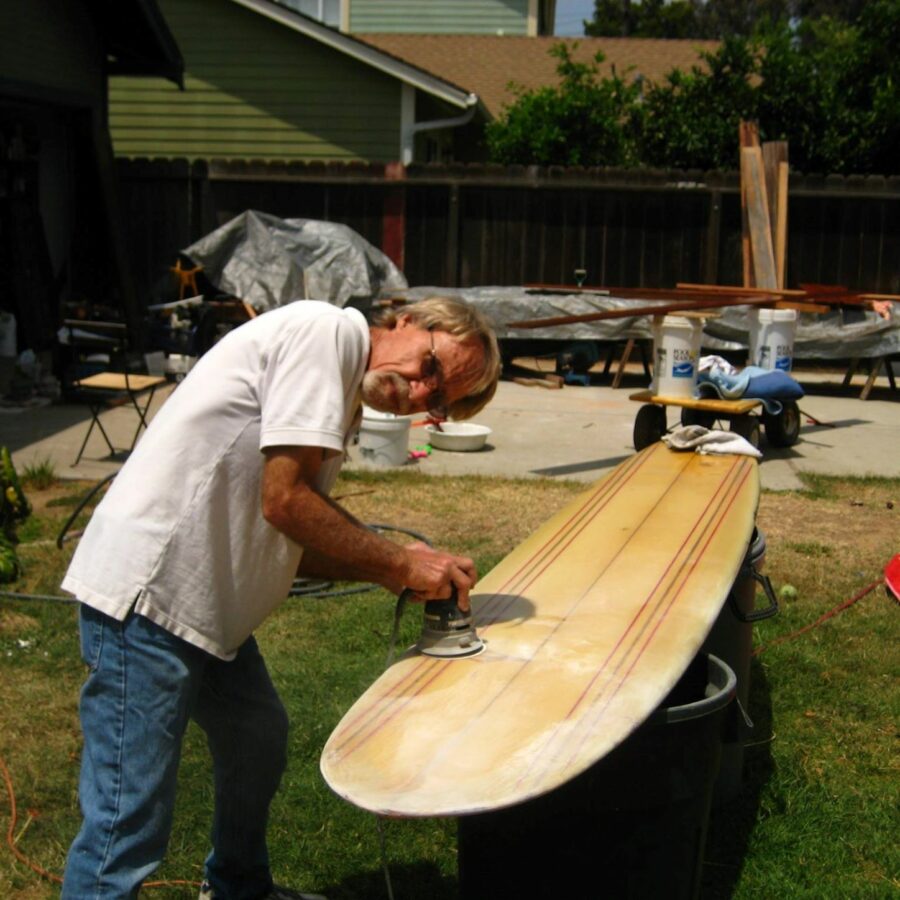 Long Beach resident Bob Kittel was in the process of restoring a 1958 Velzy Jacobs surfboard when he learned of Hap Jacobs’ passing. Photo courtesy of Bob Kittel

I met Hap Jacobs many years ago at San Onofre (“Memories of Hap Jacobs, ER News Dec. 21, 2021). He parked next to me and without knowing who he was I struck up a conversation. My kids were in the water. After my kids were back out of the water Hap trailed them up the beach and once again stopped to chat. I will never forget the friendly person who chose to talk, smile, and laugh rather than brush by me, and also stop to talk to the kids. He made an indelible mark in my mind. Currently, the board I am getting ready to re-glass is a ‘58 Velzy Jacobs. Who could have known.

Letters to the Editor