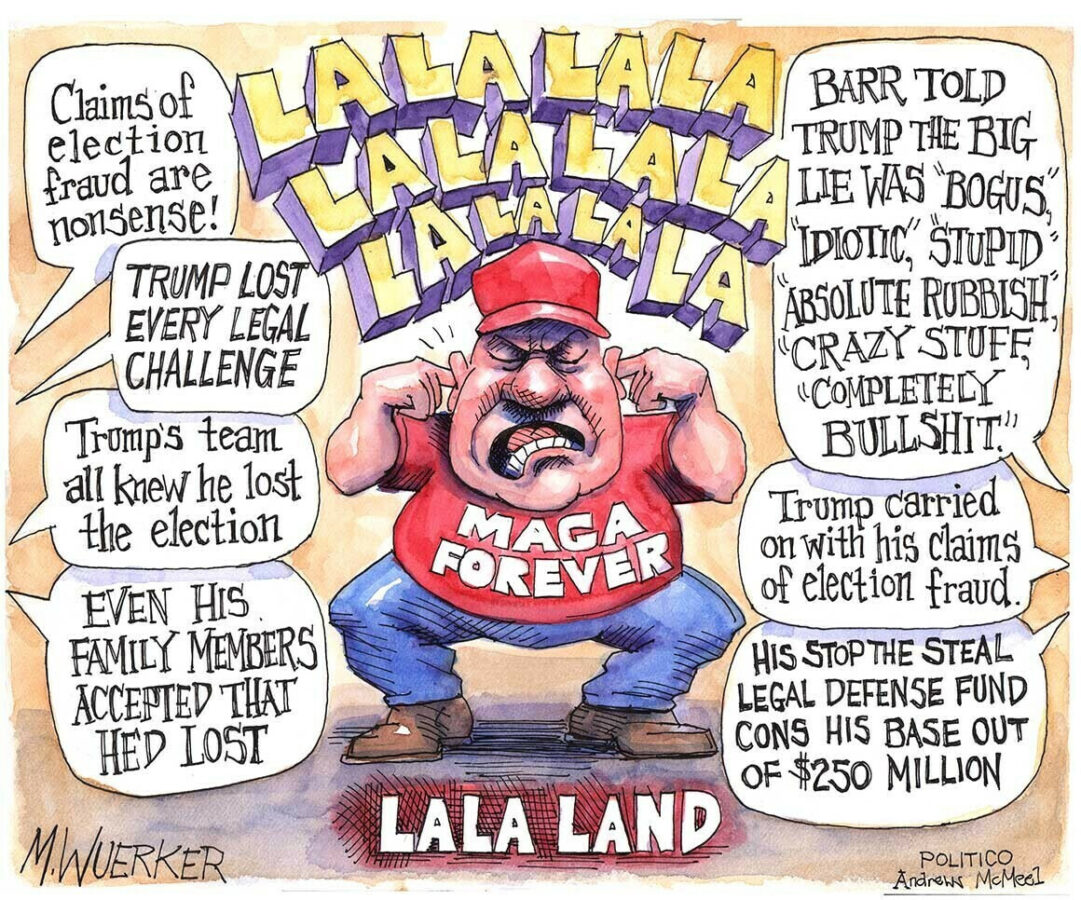 Time to send a message

From the raiding of Pasha Jewelry in downtown Manhattan Beach last Friday by armed robbers in three getaway cars, to the ransacking of our Manhattan Beach home while we were watching TV Friday evening three weeks ago by masked/gloved thieves, with a fourth manning their getaway car, it’s increasingly clear that Manhattan Beach has become known within the SoCal criminal networks as an easy mark. From anecdotal discussions with police, city officials, and others who’ve been victimized, these gangs drive here from 200 miles or more. We must accept the reality that Manhattan Beach is no longer always a peaceful neighborhood with nothing to worry about, like when we moved here in the 1980s. The City of Manhattan Beach (and our neighboring South Bay municipalities) need to formulate, fund, and execute a plan supporting our police with the personnel and equipment needed to reverse this trend. Our police need resources to not just investigate after the fact, but also maintain a sufficiently visible presence to signal those who’re casing our town daily that we’re not as vulnerable as they might think. And if/when something happens, our police have the capability to immediately apprehend such criminals. The word on the street needs to become that, if you’re thinking about a place to rob and not get caught, you’d best stay away from the South Bay.

Finally, there is an issue that can bring our McCommunity together. Our community adamantly opposes the building of a four-story, 79-unit, luxury apartment building at the corner of Highland and Rosecrans avenues that is out of character to who we are as a community. This building is not only in direct conflict with our General Plan and its Land Use Element’s commitment to a low profile, small town atmosphere, it would be a blight to the El Porto and North End neighborhood and our city. I, and four other Manhattan Beach resident taxpayers have filed appeals to the City Council. A grassroots group of concerned residents are banding together to let our voices be heard at the City Council. Please join us in opposing this “up-zoning” behemoth of a project by visiting chillthebuild.com. Yes, there is something we can do as a community to stop this project!

As a public agency, Beach Cities Health District has conducted more than 60 meetings during the past five years, a statistically valid public opinion poll by an independent agency, and a concerted public outreach campaign that has generated more than 1,000 comments, many of which have contributed to shifts in our overall campus modification plan. These include reducing Residential Care for the Elderly units from 420 to 217; providing more open space; moving construction from the east side of our campus to accommodate nearby neighbors; lowering the tallest building to 82 feet high (the tallest building on the current campus is 77 feet); reducing construction time and mitigating numerous impacts in the EIR.

Despite this, some vocal opponents refuse to acknowledge that BCHD is listening to their concerns, and still decline to meet with us.

As a public agency, BCHD continues to work with and reach out to the surrounding neighborhood, and community leaders. This public engagement includes open houses and study circles, community meetings (Kiwanis, Rotary, PTAs, etc.) and events (Redondo Beach Super Bowl 10K, Fiesta Hermosa and the Tour de Pier.)  Indeed, we continue to listen to all perspectives and welcome viewpoints from all parties. We are intent on revitalizing our 65-year-old seismically challenged campus, converting it into a modern, environmentally sustainable health facility that serves local youth, older adults and everybody in between. Yet, some parties prefer to spread misleading information instead of participating in the process.

We look forward to continuing to work with you on the campus project and look forward to further discussions. If you have any questions, please reach out to me or the BCHD team.

Questioning Beach Cities Health District’s Health Living Campus plan is not being anti-development. It’s pointing out what is and isn’t allowed under this type of zone, P-CF (Public-Community Facility). R-HD (residential high density) would be the appropriate zone. What they propose is a private endeavor, a risky one at that, and in part, using taxpayer dollars to do so. A residential care facility for the elderly is allowed, but only with a Conditional Use Permit “okay” by the Planning Commission. BCHD’s actions have shown they presume this approval is a given, when it is not. The spirit of every conditional use on the P-CF list is public-use. If this project moves forward, the Planning Commission’s duty will be to recognize that this project is not for general public use, but only the deep-pocketed public. It is also out of scale to the surrounding area, violating Redondo Beach Municipal Code requirements.

For years many regular bicyclists have ignored the “walk only” and speed limits, even with blinking lights, on The Strand. I have been hit, none seriously, several times. Now with heavy e- bikes going at even greater speeds, the danger of serious injuries to pedestrians is even more real. If issuing citations to these, often reckless, riders doesn’t deter them, I suggest the police impound their bikes immediately, and require a fine to get the bikes released. I’m sure as word gets out that bikes will be immediately impounded if you speed, the great majority of bicyclists will quickly obey rules.

Stay in their lanes

Redondo Beach Mayor Bill Brand, and councilmembers Zein Obagi and Nils Nehrenheim have each shown from the dais that they have no intention of allowing District 3 and 5 residents to have representation (“Redondo Beach City Council opts out of rotation, appoints Nehrenheim as mayor pro-tem,” ER June 23, 2022). They have voted over and over to squelch resident voices through their duly elected representatives, Christian Horvath and Laura Emdee, and instead are now promoting themselves as the leaders for all districts. They are trying to further erode democratic process by changing our City charter. Time for residents to rise up and pay attention. Your vote should matter.

Based on Redondo Beach  District 5 Council member Laura Emdee’s divisive behavior and close ties to outside special interests for the past seven years, she was rejected from being appointed as Mayor Pro Tem (“Redondo Beach City Council opts out of rotation, appoints Nehrenheim as mayor pro-tem,” ER June 23, 2022). The City Charter states in Section 8.5 “the council shall appoint one of their members.”  There’s nothing about scheduled rotations. What residents do have difficulty with, is finding anything positive Emdee has done for Redondo residents in her time in office. For six of the past seven years, she was part of a 3-2 council majority that framed, and approved the council agenda so she can’t blame anything on anyone but herself if that is now an issue. Residents also see Emdee’s damaging votes for an illegal harbor mall and the city buyout of the Fun Factory lease early to make way for that mall. Adding together the lease buyout, litigation costs and environmental reports, estimates show Emdee has cost Redondo Beach nearly $20 million. Redondo Beach residents are overjoyed the council rejected her appointment.

This is so, so wrong in so many ways (“Redondo Beach City Council opts out of rotation, appoints Nehrenheim as mayor pro-tem,” ER June 23, 2022).  This move is improper and immature at the least. The childishness of Councilman Zane Obagi’s quotes further show again how he does not belong in the position of mayor pro tem, nor truly represents his own District 4. Setting new precedents just because you don’t like someone makes no sense. In addition, a council member’s responsibilities, input, and  involvement should be the same from the day they take an oath until the last day of their term. Just because someone is in their final term, does not mean their job is reduced.It angers and disappoints me to know that the City I’ve loved and have lived in for over 50 years has selfish unprofessionals who don’t truly represent the people they were elected to represent. I can only imagine how the mayor  andis cronies would call out corruption if the situation were the other way around.

The year is 2022. California has begun to lower speed limits on its major roads and highways in select cities. At the same time, gas prices have gone up to $6 a gallon, which is more expensive than in the past. We need lower speed limits in the rest of the Californian cities that haven’t changed their speed limits under AB 43. We should also reinforce the 55 mph National Speed Limit not only to save money on gas, but to also save pedestrian lives.