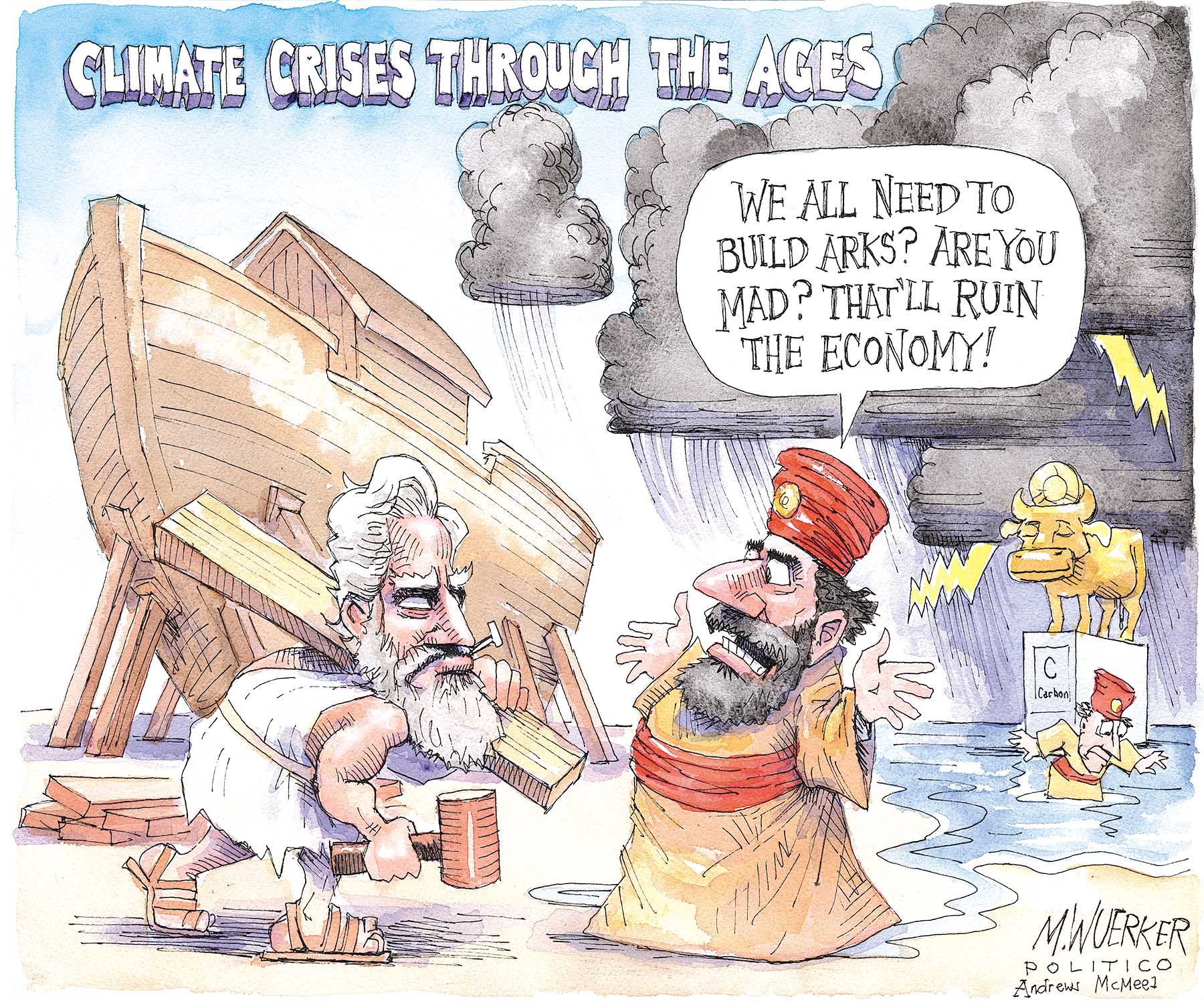 Suzy’s closing was quite touching [“Last call for Suzy’s leaves musicians singing the blues,” ER June 27, 2019]. However, I am a bit heartbroken. I poured endless hours of blood, sweat, and tears getting this place off the ground. I allowed musicians from all different genres and backgrounds on my stage, but I was only referred to as “namesake.” Additionally, I spent years of expensive advertising with Easy Reader, and no one could address my name properly.

Oh well, I guess when you’re gone, you truly are forgotten.

Former Redondo councilman Bob Pinzler’s quote about the use of Automated License Plate Readers (ALPR) deserves more attention [“Manhattan Beach surveillance cameras increase arrests, raise concerns,” ER July 4]. The issue is not the reading of the plates, but what happens to the data, who uses it, and how secure it is.

As the MBPD lieutenant suggested in the article, misuse of the information and potential devastation of someone’s personal life takes just one bad employee. Data not retained cannot be misused. For those who say Google and friends have far more data on our daily lives, consider that retained data on our movements by a government is a threat far in excess than information retained by a commercial enterprise.

Basic pragmatism would animate any city aware of privacy concerns to limit data use, access and retention, and to ensure outside controls over those agencies most likely to cause damage by improper use. Yet Manhattan Beach’s privacy policy allows unsworn Parking and Animal Control Officers access to the system, and broadly allows data use and retention of one year or longer, as long as it meets the definition of “general law enforcement purposes.”

The Manhattan Beach City Council has never formally evaluated the police department’s privacy policy. Despite the obvious minimal controls over data collection, use, retention and access brought to their attention, just over a year ago the City Council pointedly refused to formally evaluate the current policy and practices, suggesting that their trust in the police was sufficient.

In my opinion, a city council concerned with this issue and their management responsibilities would develop appropriate civilian oversight protections, and require ALPR data flagging be limited to felonies, utilized by sworn officers only, and retained for only three months unless the information has become evidence in a civil or criminal action.

All of these restrictions and controls have been adopted by other cities. None of these controls would prevent detection of a stolen vehicle with burglary tools, as cited in the article’s preface example. Here’s hoping our newly declared “privacy advocate” on the City Council will champion these issues for review and consideration, instead of just acting to collect more data on our movements.

Love it or leave it

This is awesome! And if you have problems with this system leave the area. Freedom is not free. It requires sacrifices. And in today’s age it means systems like this to protect you and me [“Manhattan Beach surveillance cameras increase arrests, raise concerns,” ER July 4].

“Those who would give up essential liberty to purchase a little temporary safety, deserve neither liberty nor safety.” — Benjamin Franklin [“Manhattan Beach surveillance cameras increase arrests, raise concerns,” ER July 4].

Partisanship on the pier

Councilmember Richard Montgomery’s comparison of the Lights for Liberty political event to the magnitude of death and destruction of 9-11 was disgraceful. This was an insult to the memory of 9-11 and to those who were killed and their families.

I applaud Councilmember Suzanne Hadley for the fortitude to state the obvious, that this is a political agenda, and to correctly point out that we as a community should not be funding and wasting taxpayers’ time and resources on an event that has nothing to do with the city.

The council’s actions are setting a precedent of allowing political agendas to infiltrate our Manhattan Beach community agenda. I am requesting that the planned Lights for Liberty vigil be cancelled. I do not want one cent of our taxpayer resources allocated to support a personal political event.

Just to clarify, I am not making any statement on the merits of Lights for Liberty. But I am troubled by the precedent waiving its fees represents [“Manhattan Beach Pier vigil calls for end of detention camps,” ER July 4, 2019]. The action is more troubling the closer you look. If the City Council does not take corrective action and reverse its decision there is no limiting principle on partisan appropriation of public venues, other than whether the majority of the city council happens to agree with them or consider them acceptable. Next time the shoe could be on the other foot. This is why the City should be neutral and always require a permit for events.

Sixty thousand dollars to dig a 50-foot trench in the middle of the street and lay in some cables? Plus my neighbors across the street will pay the same, bringing it to $120,000 for the trench. The city’s proposal included lots of “extras,” which contributed significantly to the incredibly high cost.

My district voted it down thankfully. Now almost 15 years later the costs will surely be higher. It would not surprise me to find that my costs, if passed, would be $100,000 or more.

Last time, the City was an impartial party acting on behalf of the residents, and supposedly took no position. All the work was apparently done by existing city staff, and perhaps by some consultants. This time, the city is hiring a $168,000-a-year engineer to work specifically on undergrounding when we have not even voted yea or nay? Is the City now a proponent of undergrounding?

It is not a safety issue, otherwise even those east of Sepulveda would be involved. It is a minor “aesthetic” benefit, one that is not worth a $100,000 to me. Sure, I could pay over 20 years, but I’d rather spend that $5,000 a year visiting the Amalfi Coast or cruising the Nile, or not spend that $5,000 at all. Maybe I don’t have to pay anything at all until I sell my house, but I still lose $100,000 whenever that day comes.

Will it add value to my house? Not as much as $100,000 for remodeling would. Sorry, I don’t see a “yea” vote coming from me if things get that far.

A dining patio is a much better use of this space than a parking lot [“Hermosa Beach Council to ponder patio on prime Plaza plot,” ER July 4, 2109]. I’ll take a view of diners and patios over parked cars any day.

Why go to the expense of posting signs saying “Fireworks Prohibited,” when those laws aren’t enforced? We live next door to a short term rental where the renters shot off fireworks till 3 a.m. What’s happening to our city?

Tune in, turn on?

Well, if you really, truly, believe wholeheartedly that your only way to commune with Infinite Universal Consciousness is through some form of drug — which by the way, human beings have been doing (using drugs, usually always naturally occurring drugs, generally usually always in the form of plants or derived from plants or funguses) for literally hundreds of thousands of years, before so-called “modern” governments got involved — then all the more power to you [“Redondo Beach ‘Cannabis church’ closes, avoids court,” ER July 4, 2019].

Personally, all I need to commune with Infinite Universal Consciousness is meditation and sometimes dancing for hours on end, but I haven’t done the dancing part in a long time, my back and knees won’t really let me do that anymore. So, meditation it is.

Basically, I think that if someone were really using drugs (natural or not) to commune with Infinite Universal Consciousness, then they would treat it very seriously and only use the drugs during special ceremonies. But, who am I to judge?

That is not beachy

Yikes. That facade does not fit in at the beach at all. Very unwelcoming [“High hopes for Esperanza,” ER July 4, 2019].

Parents of children in the Hermosa Beach City School District were sent an email last week warning them of the severe overcrowding that will happen if facility bond funds are diverted to renovate View School without first rebuilding North School for 510 students. According to campus maps of Hermosa Valley School and View School, there are enough classrooms at both schools to comfortably house the district’s students if View School were to be renovated, without moving View students to North School [“Tentative schedule set for North School construction,” ER March 27, 2019].

View School can be renovated in stages. The new seven-classroom kindergarten wing planned for the upper parking lot area at View School can be fenced off from the rest of the campus and built first. After the new kindergarten wing is completed, the kindergartners and three classrooms of first graders can be moved to the new seven-classroom wing while the old kindergarten rooms and first grade classrooms are demolished and rebuilt into the new two-story west-facing wing of the campus.