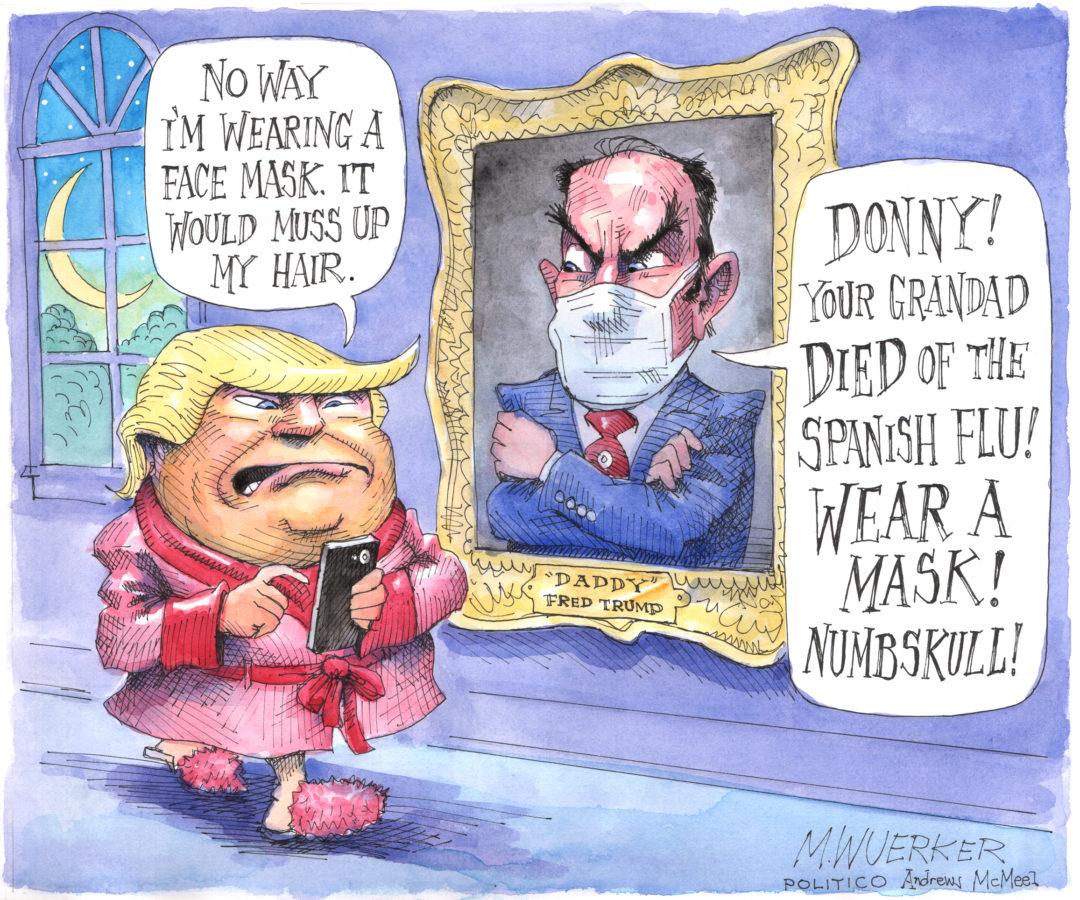 If people don’t wear masks they’re going to have to homeschool their kids during the next school year. Is that what they want?

Track it or close

I asked the City of Hermosa Beach if an employee of a bar or restaurant tests positive, how do they identify all the patrons who were exposed? Do you post signs saying if you were at this bar on these dates you are required to report this to public health? If not why not? Is protecting A bar’s reputation and profits more important than protecting vulnerable populations? Is this information posted on the city’s website and in the local press? If not, why not. What public interest is served? Does the bar or restaurants maintain lists of who was at the establishment and when? Are patrons of bars required to sign in/out and sign a waiver that they understand they will be quarantined for a minimum of 14 days if anyone of the patrons tests positive for Covid.

The county guidance indicates the establishment must only report that employees have tested positive if three or more employees contract Covid. That’s crazy. If a single employee or patron tests positive there must be a comprehensive response. To do otherwise, especially for non-essential high risk activities like indoor dining and bar hopping is to show a callous disregard for vulnerable populations. How exactly is contact tracing supposed to work at public bars and restaurants? If Hermosa doesn’t have answers that work it has no business opening bars and restaurants. The purpose of the stay at home orders was to bend the so-called curve so that the health care system is not overwhelmed. But there is another critical purpose. To buy time to develop effective contact tracing and testing processes and to key these to a reopening strategy. Dying from Covid is a horrible death. The effects from ventilators and induced comas can include kidney failure, blood clots, permanent lung damage, encephalitis and sterilization.

Anything less than full transparency of the procedures to effect contact tracing for discretionary high risk activities like drinking public bars or indoor dining is tantamount to manslaughter.

And on a separate but related topic: The time has come to strictly enforce masks in all public settings.  If you can’t wear a mask the activity should not be allowed.

Hero’s come in all stripes, some are fictional, some are real, but they all have certain qualities that define them, like saving lives or even sacrificing their own life to save others. Martin Luther King was a hero, not because he was killed, but because he lived. His message lives on in perpetuity. Non-violence for the cause of freedom and liberty, irrespective of police brutality.

George Floyd was not a hero and I’ll not pretend otherwise. His death at the hands of rogue cops in Minnesota, was uncalled for. His family will receive the justice they deserve. Like most of these deaths, at the hands of the police, they could be avoided. “Compliance” with police officers responding to these situations would eliminate virtually all of these deaths. Not having drugs in your system would make compliance at least possible. Police retraining is not the answer. Police unions, like teachers unions, protect the innocent as well the guilty. Reform of some kind should be made. The mantra now is to defund the police or Bob Pinzler’s comments  (“On Local Government,” ER June 18, 2020) that since crime levels are down, we don’t need more police and that in Minnesota they have police officers “willing to kill people on camera” …that’s helpful, can I offer you a molotoff?

Black Lives Matter visited us last month and there was no rioting. A sign stated, “We’re not here to start a race war- We’re here to end one!” Really? I didn’t know we were in a “race war.” This kind of talk is provocative, but not totally surprising based on the history of this “hate group” with police officers, in general. Antifa is even worse and let’s throw in any white hate groups as well. There is no justification for the deaths of another 15 citizens, mostly minorities and police officers, in retribution for George Floyd’s killing and the rioting and looting of  businesses owned by innocent people trying to eke out a living for their families. Is that fair? Is this justice?

We are better than this. There are groups that do hate this country, so choose sides carefully, based on facts not feelings.

I’ve noticed that the Beach Cities Health District has revved up its marketing and branding efforts. Their materials are distributed at city hall, in the mail, in restaurants, at events, twitter feeds, billboards, grocery stores, local newspapers, everywhere you and I go. This effort to influence us is intrusive and no other health district goes to this length or expense to influence its community. Why the branding and marketing overload?  BCHD is on a marketing blitz because it has a plan they want us to buy. That plan is to give 75 percent ownership of their new development, which is within the Redondo Beach boundary, to a real estate investor group. If this plan goes through, for the next 50 years or more our property will be out of the hands of the community. This is not good for Redondo Beach residents. Do we want this property to be used for the benefit of the community or for the benefit of a private investor? Do we want this property to be used for its zoned purpose of parks, open space, and recreational facilities or to be used for a luxury assisted living facility for the benefit of investors? Why turn over our future to hedge funds and private equity money? We must not fall for BCHD’s marketing gimmicks and we must say no to this new development plan.

I helped found the South Bay Bicycle Coalition, a coalition of various cycling groups including the Beach Cities Cycling Club, South Bay Wheelmen and Friends of the South Bay Bicycle Paths, of which I am president (“A bicycle built for flue, “ER June 25, 2020). The article claimed the North Redondo bike path was one of the coalitions’ success. I would like to clarify that the success was the result of Friends of the South Bay Bicycle Paths, one of the organizations and that the North Redondo bike path’s success was prior to formation of the coalition.It took lots of effort to convince the neighborhoods and RBPD to go along with it.

People are angry that protesters are allowed and they aren’t allowed out….well when they try to stop protests they turn into riots. The government would love for these protests to go away, but they won’t. At least until some other cause catches the nation’s attention. It is not some grand conspiracy.

This virus has rolled through half the world. All of Europe and Asia have been under severe lockdown for months. Why should America be different? Do Americans have stronger immune systems? Is our health care better? Is there a vaccine? No. So grow up. Wear a mask, stay away from grandma, and stay away from the beach on the 4th. Stop complaining.