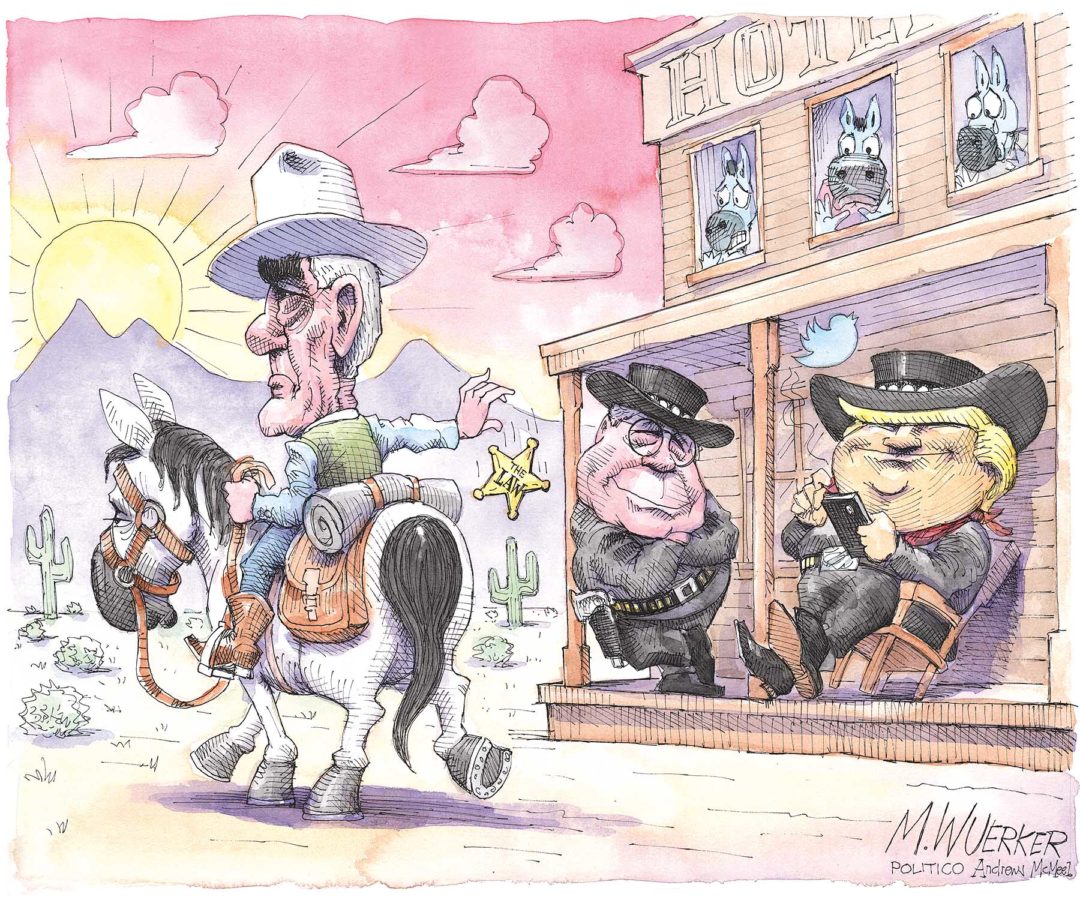 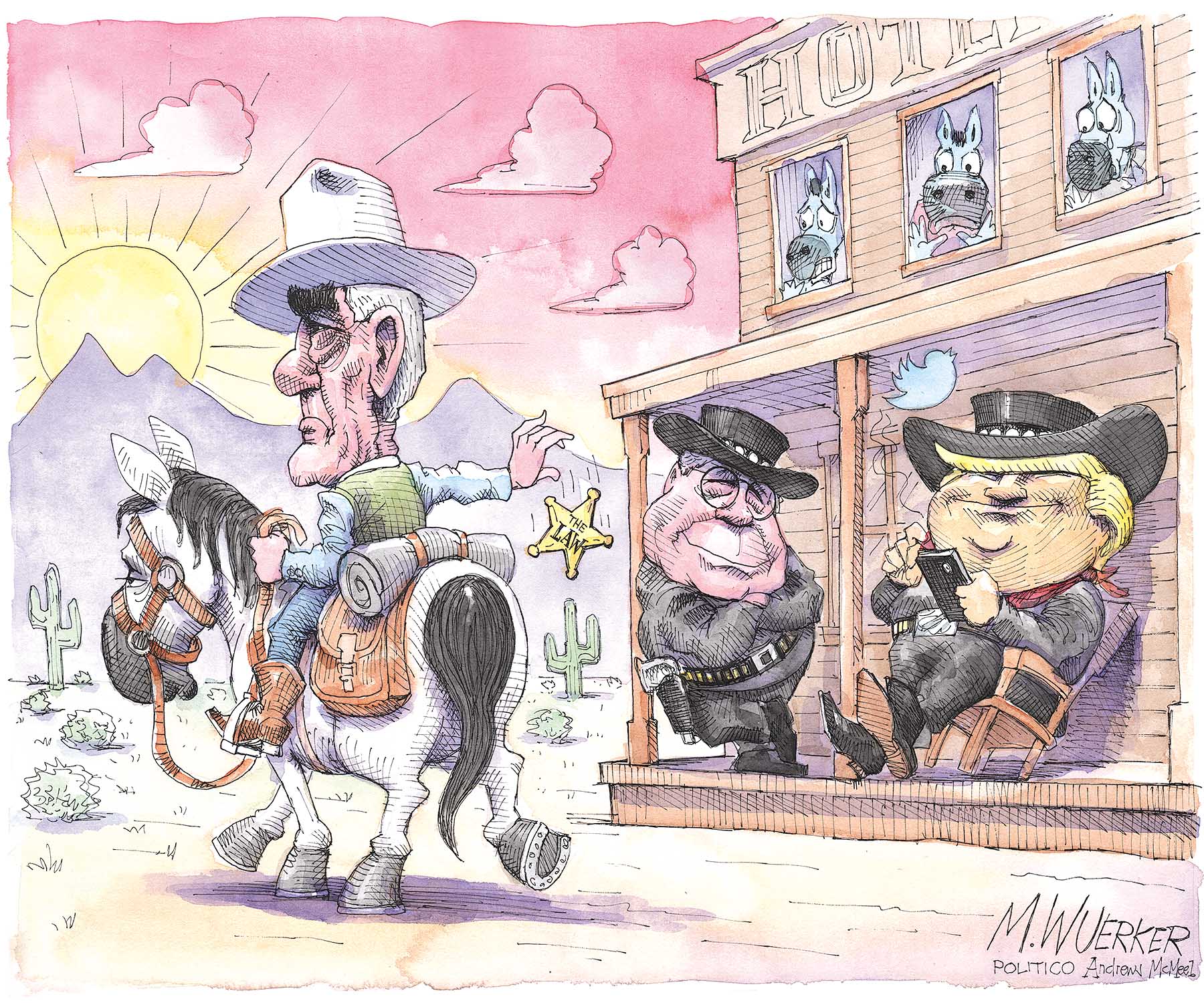 I know two subcontractors (painting and concrete) who refused to hire illegals and had to shut down their businesses. Where is the compassion for these employers who abide by the law? Last week’s comments from readers concerning Manhattan Beach’s vigil for migrants chided all of us for not having “compassion” [“Learn from the past,” ER July 25, 2019]. But the majority of the city council of Manhattan took a political stance on illegal immigration.

The large caravans of migrants have overwhelmed the facilities at the border so reporters and others publish stories that only present one side of a complex issue. Allowing hundreds of thousands of new, low-skilled workers into our country undercuts those with jobs, burdens our schools, health clinics and hospital emergency rooms and forces two or more families to share housing.

However, non-profits involved with the migrants keep their staff and purpose. There is a more significant principle involved here and that is the rule of law.

If Hermosa wants to back out of a regional stormwater solution agreement, then holding the other party’s money hostage is a strange way to gain cooperation in the future, and increases the likelihood for even more expensive fines, and possibly litigation for Hermosa and its neighbors [“Redondo demands nearly half a million dollars after Hermosa Beach backs out of water project,” ER July 18, 2019].

Subsurface geology and public ownership of infiltration-favorable property are the major factors dictating where the infiltration project should be located. Perhaps Hermosa residents who object to the temporary construction would support their City in donating money for Redondo to purchase favorable property under which to locate the project, which as I understand it, would be just across Herondo from their homes. Paying the money back would be a good start.

The City of Hermosa Beach is quickly developing a reputation that may not augur well for future dealings with our neighbors or, for that matter, any future business dealings.

Hermosa also “welched” on the recent oil deal with E & B Oil Company. This company offered to bail out our city from a 20-year-old lawsuit for a “chance” to make a pitch to the citizens of Hermosa. The agreement was to allow citizens to vote without the council members taking sides. Well, that didn’t take long to fall by the wayside, especially with elections coming up.

The original lawsuit could have bankrupted Hermosa. It went on for those years without solution. Thankyou E & B. You were just a sacrificial pawn.

Good read. Now they need to be sent back to the country or first country they illegally crossed over into [“Vigil brings immigration issues home,” ER July 18, 2019]. Americans have enough debt and burdens. The politicians need to think of their citizens, the ones they’re working for to help us first. Otherwise, they are nothing but traitors and should be severely punished.

Hermosa is just a dirty, filthy city. It needs all the help it can get to clean up its act. And now this unsavory act of taking Redondo’s money and acting like a bandit [“Redondo demands nearly half a million dollars after Hermosa Beach backs out of water project,” ER July 18, 2019].

Home is where the home is

The HLC proposal would be in a neighborhood of single family homes. A multi-residential complex of this scale would crush the neighborhood character, not to mention fly in the face of BCHD’s mission statement: “To enhance community health through partnerships, programs and services for people who live and work in Hermosa, Manhattan and Redondo Beach.”

The HLC plan is a money-grab that will benefit the tiny number of residents who could afford these units, and have dire consequences on the local community. BCHD representatives are spinning the notion of “aging in place” to mean an elderly person no longer in their home would have the good fortune of at least living in the same town as where their home was. The reality is that the concept of “aging in place” means helping an elderly person remain in their actual home — this is the true mission BCHD should be tackling.

I’ve long considered Ted Ernst the patriarch of cycling in the South Bay. He was instrumental in the building of the bikeway along our beaches, the Manhattan Beach Grand Prix, the Velodrome, and  bike advocacy before it was cool [“Ted Ernst whistles the start for 58th Annual Chevron Manhattan Beach Grand Prix Kids,” ER July 23, 2019]. Ernst was inducted into the Bicycling Hall of Fame in 2006. He’s still inspiring us from behind the scenes today.

Ted Ernst is a friend, mentor, coach, cycling encyclopedia, bike mechanics and fitting expert as well as lots of fun to laugh with [“Ted Ernst whistles the start for 58th Annual Chevron Manhattan Beach Grand Prix Kids,” ER July 23, 2019]. He coached me as a South Bay Wheelmen when few people competed in Southern California road bike racing. His contributions to the sport are beyond measure.

What an amazing article [“Swept up in Sound: the life and too early death of Ian Petersen,” ER July 25, 2019]. Ian Peterson’s celebration of life was beautiful, he was loved by many.

Harry Ashikian has repaired leather sofa cushions, leather briefcases and leather belts for us. No job seems too big or too small [“Manhattan Beach Salvatore’s on Highland: The little shop that could,” ER July 25, 2019]. He’s a great guy.

Thank you Redondo Beach Mayor Bill Brand for your, recent health update (“Thanks for the thoughts,” ER Letters July 25, 2019). We are filled with gratitude for Bill Brand’s life and work.

Many years ago, when we we were still living in Palos Verdes, we heard about someone in Redondo Beach who had this beautiful vision for restoring the ancient salt pond submerged under the AES Power Plant. The dream of the Redondo Beach Historic Wetlands Park was born.

We are looking forward to a more beautiful and more healthy community as this park becomes a reality and expands into more great things into the future.

We are grateful for Brand’s life, and thank him for his leadership, vision, courage, integrity, and honor.